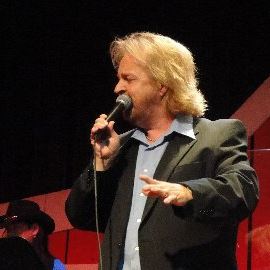 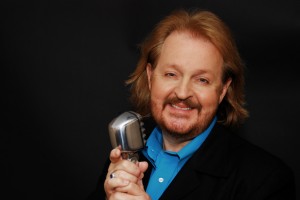 Southern Gospel is full of talented artists who seem to slip under the glare of the spotlight, singing their way across the country every week, bringing the Good News to towns and cities as they fulfill their call. Many are known regionally or even statewide, but never appear on a Gaither video or a Ryman stage. And for ministers like Rick Alan King, that doesnâ€™t matter as much as the knowledge that he is sharing the song God has placed in his heart.
Rick Alan King has been singing since the age of six and has had a solo career since 1998. He calls himself a ‘transplanted Hoosier’ currently living in Nashville and his voice and ministry is respected by many in and out of the music industry.
Recently Drew Brunet talked to this busy man and shared the interview with us. We hope you enjoy it!
Drew:Â Â What was your first song that you sang in church? What was the experience like?
RAK: To the best of my knowledge, it was “What A Day That Will Be.” I was little short thing then (still am with a little wideness added!) and I vividly remember standing on the front pew of the church singing the high tenor with my mother. As I looked out across the audience I remember seeing some tears streaming down some cheeks and hands raised in praise and that was when it hit me, that this was my calling. I have been singing ever since and that same feeling is still as strong as ever.
Drew:Â What is your favorite Bible verse and why?
RAK: My favorite Bible verse? There are so many, but how can you ever go wrong with John 3:16! Each time I read it, there is something new in it for me.

Drew:Â If you had the chance to give America some advice, what would you give them and why?

RAK: Â My advice to America? Get back to God! Plain and simple!
Drew:Â Who are some of your favorite Southern GospelÂ groups?
RAK: Some of the southern gospel groups I really like from the past were The Rambo’s and Downing’s and Hemphill’s. Some of the current acts would be Karen Peck and New River, The Hoppers, The Booth Brothers and The Nelons.
Drew:Â Share your testimony on how you accepted Jesus Christ as your Savior…
RAK: I vividly remember sitting in the church pew on a Sunday morning and something just told me to get up and get down front to the altar. I did and my life was instantly and forever changed. It was/is a feeling that is totally awesome and hard to describe.
Drew:Â Â Any new products coming soon? Give us some insight if so….
RAK: Yes, I will be going into the studio this fall to record a new project. I am writing some new material that I am so excited and thrilled about. I will, as in all my former recordings, add one or two of the great old hymns of the church. “How Great Thou Art,” is a given on this project. This project might be a bit more of a ProgressiveÂ Southern Gospel than my last few, but it will still have that great get to the heart message for all.
Drew:Â What denomination were you raised in?
RAK:Â I was raised in a smallÂ Independent Pentecostal church up in Kokomo, IN. The denomination thing doesn’t matter to me at all though. I sing in them all and have found out over the years that it’s the same Jesus in every place. I don’t think that when we stand before the Almighty the He will ask what denomination we were. He is only concerned about our heart.

Drew:Â Finish this: Jesus is…

RAK: My Friend, myÂ Comfort, the One and Only who loved everyone so much that He gave His life. That love still remains the same for the entire world.Â  My, oh my, how we need to get back to Him. He never changesÂ and He really cares for us.â€‹

Be sure to go see Rick Alan King if he comes to your area on his tour.