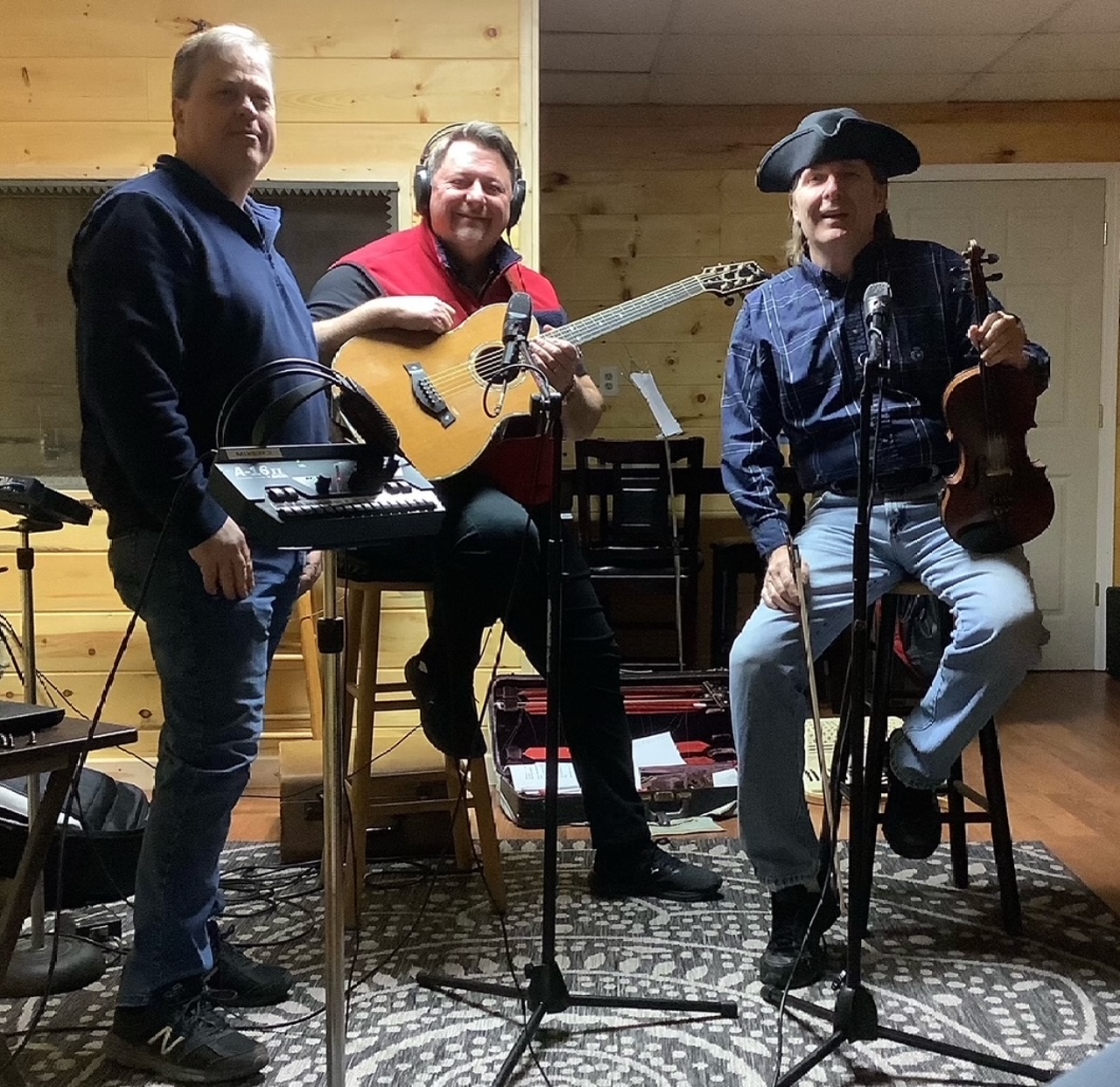 American actor/entertainer Randall Franks, “Officer Randy Goode” from TV’s “In the Heat of the Night,” recently joined internationally known finger-style guitarist Wesley Crider, both of Ringgold, Ga., for a recording session. The duo were creating original music for the new short film “The American’s Creed” at Tim Witt Studios near LaFayette, Ga. “I am excited for folks to hear the four musical pieces we have created to underscore the emotions of the actors,” Franks said. “Wesley brought an amazing sense of timing and style to enhance the fiddling!” Expected for release later in 2022, the film set during the American Revolutionary War was shot on location at the Gordon Lee Mansion in Chickamauga, Ga. For more information, visit http://RandallFranks.com/The-Americans-Creed/ . From left is engineer Tim Witt, Crider and Franks. (Photo: Randall Franks Media)