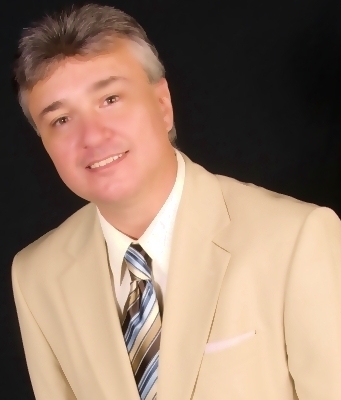 Advertisements we hear and see every day tell us we can be rich, healthy, happy, famous, and even sexy if we buy certain products. Weâ€™re all familiar with the phrase, â€œIf it sounds too good to be true, it probably is.â€ It doesnâ€™t take long to realize that the world is filled with empty promises.Â But, through Christ, Godâ€™s promises are â€œyesâ€ and â€œamenâ€ (2 CorinthiansÂ 1:20). Yet, the promises He fulfilled through the death, burial and resurrection of Christ are marked by emptinessâ€¦ an empty cross, an empty tomb, and empty grave clothes. The very fact that Jesus could not be defeated on the cross, could not be held captive in a tomb, and could not be bound by grave clothes affirms the fullness of Godâ€™s promises in our lives.Â The Empty Cross: It was on the cross where Jesus became the holy sacrifice for fallen man and shed His blood for the remission of sin. The empty cross signifies His sacrificial death. Just before He died, Jesus declared, â€œIt is finished.â€ Praise God, the finished work of Christ on the cross purchased our redemption, giving us thepromise of forgiveness.Â The Empty Tomb:Â Jesusâ€™ body was indeed buried in a borrowed tomb, but itâ€™s empty now because He arose just like He promised. The empty tomb is the truth of the resurrection of Jesus Christ and the promise to every one of us that we too will be raised to eternal life. For those who know Jesus Christ as their Lord and Savior, death has lost its sting! What fear is there when we have the promise that one day we will live forever with Him?Â The Empty Grave Clothes:Â Peter entered the tomb to find the grave clothes in which Jesus was buried. The empty grave clothes could only mean one thing – Jesus was alive! If someone had stolen his body, they wouldnâ€™t have removed the burial clothes and folded them up neatly and left them where they lay. Truly, Jesus was resurrected!Â It wouldnâ€™t be long before Jesus himself would appear to Mary Magdalene, and to all of the Apostles, and eventually to over 500 people. He would sit down with them, walk with them, talk with them, and eat with them. Once again, they would be able to fellowship with their Lord. That is the promise of the empty burial clothes – Jesus is alive, and He wants a personal relationship with you.Â The cross could not defeat Him, the tomb could not hold Him, and the grave clothes could not bind Him. The empty cross means we have the promise of redemption and forgiveness. The empty tomb means we have the promise of eternal life. And the empty grave clothes means our Savior lives and He is coming back soon for His own!Â Thank God for His â€œemptyâ€ promises.

SGMRadio website thanks John LanierÂ for his contribution to our site this month. John is a Christian artist, executive editor of The Christian Voice and has been active in many areas of Christian media. Please visit his site and find out more!Â http://www.johnlanier.com/

John Lanier is an inspiring and anointed man of God known for his dynamic preaching and singing. Since 1989, he has traveled throughout the US and abroad proclaiming the Gospel of Jesus Christ.The oldest of four siblings, John Lanier was born and raised in Atlanta, GA. At an early age, he became a Christian and soon after, gospel music became his passion. He began singing in his church, leading the worship with his parents who taught him the importance of spirit-filled ministry.Following high school graduation in 1983, John worked as a radio personality in Christian broadcasting for several years. He began his singing career in 1989 as a vocalist with Naomi & The Segos. In 1993, he relocated to Alabama and joined friends Tony Gore and Calvin Thornton to form the new trio, Tony Gore & Majesty. God continued to broaden his territory when John pursued a solo ministry beginning in 1996. Since that time, John has been blessed with opportunities to present the Gospel through television, radio, revivals and crusades, anointed music and the world-wide web.In Charleston, WV on New Year’s Eve, 2004, Tony, John and Calvin reunited for a special ‘reunion appearance’ of the original Tony Gore & Majesty. The response was immediate and emphatic. The trio continues to bless audiences everywhere with limited appearances.Audio and video combined, John has 27 recordings to his credit, including two of the nationally televised ‘Gaither Homecoming’ video series. In 1999, John hosted the ‘Millennium Tour of the Holy Land’, where his performance of the hit song, “Jerusalem” was filmed on location and broadcast in Europe. John is also a featured performer at the annual Gospel Music FanFair and on Victory Voyage Christian cruises.John has received multiple top ten and top five nominations for various awards as presented by The Singing News Fan Awards, The SGM Fan Awards, ICGMA’s Gold Cross Awards and The Diamond Awards. In 2007, the SGM Fan Awards honored John as “Favorite Soloist” as voted by gospel music fans. In 2010, John was the recipient of “Favorite Tenor” as a member of Tony Gore & Majesty.In 2006, John cofounded and created the Christian Voice Magazine and serves as the Executive Editor. Christian Voice is a monthly music and lifestyle publication that provides Christian music news and articles relevant to the Christian faith.Airing on several TV networks, John hosted his own half-hour variety/talk show in 2008. Recorded before a studio audience, The John Lanier Show featured local and nationally known speakers, musicians, authors, comedians and singers, bringing plenty of laughs, spiritual refreshing and music to appeal to all ages.As a singer, John exuberates the joy of serving Jesus and encourages believers to worship freely, inviting the Holy Spirit to work in their lives. As an evangelist, John’s passion is to win the lost to Jesus Christ and to rekindle the fires of revival in the church. The central message is the cross – Christ crucified and resurrected. John Lanier is committed to preaching the truth of God’s Word in the age of apostasy and in the face of a “politically correct” culture that has infiltrated much of the body of Christ.Through God-ordained preaching and singing, John is able to effectively communicate the message of the Gospel. Now celebrating his 25th year of ministry, John has led thousands of people into heartfelt worship through concerts, revivals, crusades and conventions across the US and abroad. Through the outreach of John Lanier Ministries, many people have come to the saving knowledge of Jesus Christ, and many Christians have been able to grow spiritually and make positive life changing decisions.