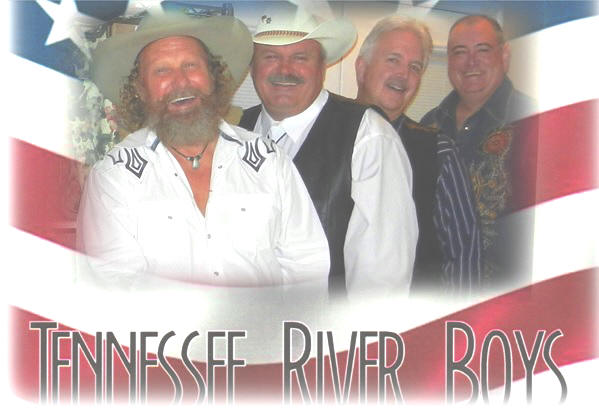 â€œMaking recordings and performing on the stage of the Grand Ole Opry was special, but our number one priority in each of our lives, is to uplift the name of the Lord Jesus Christ.â€ â€“ David Wright

The great state of Tennessee is known for many things. Nashville is one of the most famous cities in the world musically. You hear someone mention Nashville and you think of the Grand Ole Opry. The Grand ole Opry has been the stage, for many famous Country artists; names like Johnny Cash, Little Jimmy Dickens, George Jones, Loretta Lynn, and the list goes on and on.

How the group got its start is a God thing for sure. Each member was asked to sing in a Country choir at the Grand Ole Opry. Â  Not one of them could say no as they didnâ€™t want to pass up this great opportunity. After a practice session, the four men found themselves around a piano singing harmony, and the rest is history! From that moment to present, The Tennessee River Boys (TRB) have become close friends and have polished their individual talents and have become one of the smoothest quartets in the business. The TRB roots are impressive. The group has worked with huge names, like Rosie Roselle, Coy Cook, Billy Todd, Bill Nelson and the Rangers, just to name a few.

Recently, Iâ€™ve had the good fortune of meeting a new friend: Dave Wright, of the Tennessee River Boys. Bill Nelson of the Swanee River Boys introduced Dave to me. Dave and I, because of our shared love of Southern Gospel music, struck up an immediate friendship. Daveâ€™s love of this wonderful style of music was quite evident and I found myself immediately drawn to his warm and friendly demeanor. He told me all about the great folks of the TRB.

Dave Langely is the lead singer of the group. His musical background is an impressive one. Â  He has sung with various groups, including Cornerstone. He sang with Port City before moving to Nashville and joining the Tennessee River Boys. Dave lives a busy life. As well as singing with the Tennessee River Boys, he also is a member of the Country band Grand Randolph and sings backup and is often the featured vocalist for Freedom Band.

Rick Hammer is the groupâ€™s tenor singer. Rick knew from a very early age that God had gifted him with a special voice. Rick says, â€œI had big dreams of standing and performing on the stage of the Grand Oleâ€™ Opry, in Nashville, Tennessee someday.â€ Little did Rick realize at the time, that 50 years later, that dream would be realized, singing with the Tennessee River Boys. The quartet sang a song that Rick composed, Sweet America. Rick says, â€œI love the Lord with everything in me and I love my family and my country. How blessed I have been, sharing my heart and songs with everyone who will listen.â€

Dave Wright sings baritone with the group. As well as being an accomplished singer songwriter, Daveâ€™s resume is an impressive one. He has sung with the great Rosie Roselle, The Searchers, The Evergreen Quartet, The Rangers and the Tennessee River Boys. Daveâ€™s love for his family, his music and most importantly, his Lord, are so very evident. Dave sent me a demo of a new song he had been working on. I remember thinking at the time I first heard it that he had a very smooth baritone voice.

Mike Rich sings bass for the quartet. Mike has made bass singing a priority in his life. The late great London Parris took Michael under his wing and gave Mike some private lessons in singing great bass. Later, Mike attended the Blackwood Brothers School of music and learned how to polish his gift. He has been singing bass for over 33 years now and adds a deep rich bottom end to the Tennessee River Boys.

As I have been working on this article and delving deeper into the history of the group, I have been astonished as I realize all the celebrity singers that TRB have worked with. Names like Rosie Roselle, Connie Smith, Brenda Lee, Aaron Tippin, Marty Raybon, Jimmy Fortune, Lynn Anderson, T. Graham Brown, Roy Clark, George Hamilton IV, Whispering Bill Anderson, Billy Dean, Lulu Roman, Nashville Edition and The Oak Ridge Boys, just to name a few.

The group loves performing, attending recording sessions, and doing special shows at the Grand Ole Opry. As important as that is to the group, it is not their main priority. The number one priority in the Tennessee River Boys lives is to uplift the name of Jesus Christ.

I asked Bill Nelson of the Swanee River Boys to say a word about his friends. â€œI count it an honor to be around Christian men that are not ashamed to witness in word, deed and song.â€ Bill has also travelled with the group from time to time and occasionally sings with Rick and David forming a pretty smooth trio.

Dave Wright told me a story, which I think needs to be heard. The TRB worked with the famous country star, Lynn Anderson. Lynn was planning a trip overseas, but had become very ill and she died soon

after. Dave explained to me that Lynnâ€™s husband had written a song called â€œDrift Away,â€ which eventually he turned into a Gospel song. A woman at Lynnâ€™s funeral told Dave and the boys that she had run into Lynn at a grocery store and had her coming to church. Soon she turned her life and her heart over to the Lord Jesus. The Tennessee River Boys were honored to sing â€œDrift Awayâ€ at her funeral. 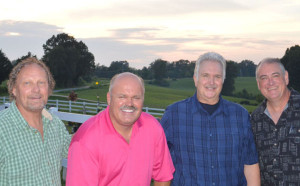 that the Gospel will not return void. â€œSo shall my word be that goeth forth out of my mouth: it shall not return unto me void, but it shall accomplish that which I please, and it shall prosper in the thing whereto I sent it.â€(Isaiah 55:11 KJV.) We may not always see the results of our labors, but we will see it when we are called away at that â€œGreat Getting-up Morning!â€ Â  Keep singing Boys. Your labors are not in vain.

Enjoy these Tennessee River Boys videos on You Tube: