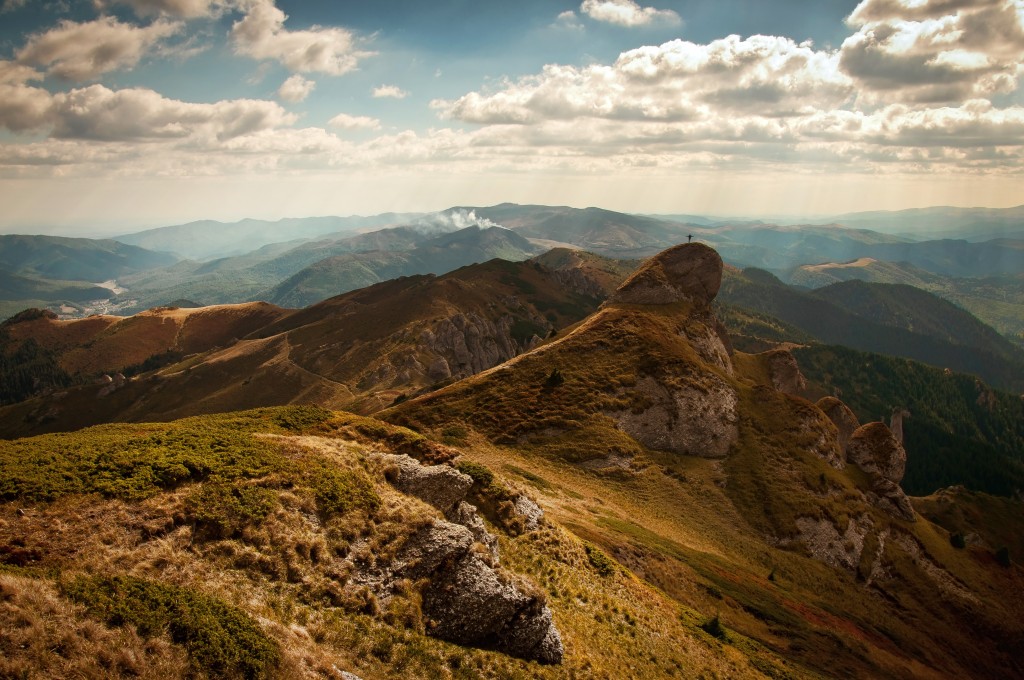 In I Samuel 17 we see a significant battle. There was a physical battlefield, but there was also a spiritual battle.

We must understand that we are in a spiritual battle every single day. If we are living for Christ, we are constantly being pursued by the enemy. We can stand on our mountain in the refuge that God provides, but sometimes we need to march into battle and destroy the enemyâ€”face that fear and run it from our lives.

Where are you today? Are you refusing to move off the mountain because you fear the valley? Are you tired of the battle you are facing in the valley and just want to quit fighting?

God knows exactly where you are and has already declared you victorious. Take that step of faith and face down your fear.

God is in the valley between.

Kristen Stanton is a dynamic singer, speaker, and writer. From discussions on Facebook, to live concerts on any stage, Kristenâ€™s main focus is to share her faith in the Lord Jesus Christ. She says: â€œI was saved when I was four years old. Iâ€™ve been in church my whole life. I went to a Christian college. I donâ€™t have the experiences of walking away from God and how He brought me back. But I do have the experience of how God continuously reveals Himself to meâ€¦ of how He answers prayer. I want people to understand who God is so that they can be more of a reflection of Him. My goal is to help others see God in a way that meets every need in their life.â€
Following a trio of No. 1 songs from her debut project, â€œDestiny by Design,â€ Kristen recently Â released her second solo project, â€œLove As Jesus Lovesâ€ and is currently writing songs for her new album. Kristen is also an Attorney-at-Law, serving clients in Northwest Ohio.

Younger Perspective on Conner and Bailey Hayes by Erin Stevens