Hiltons, VA (November 4, 2015) – Award winning Gospel group, the Browders, is known for releasing great songs, many of which go to the #1 spot on the radio charts. In addition to their radio success, the Browders were among the first in the Southern Gospel genre to have successful Concept Videos.

Well, they’ve done it again. They have just released their new video Waiting For You To Get Home, a song from their current album Time Machine.

Making this video even more special is the fact that they are dedicating it to the memory of all the Soldiers who have gone home and are waiting for us to get there. The video was shown at the National Quartet Convention this year and was met with a huge response. 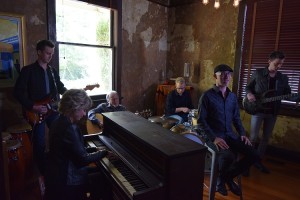 Matthew Browder commented, “We are soooo excited about the release of our new video, Waiting For You To Get Home. This song and video is a picture of hope. I was honored to write this song with a dear friend. He is no stranger to the music industry. Phil Cross is a visionary. It was his idea for The Browders to start doing concept videos. This is one video you don’t want to miss! I would like to personally thank all the cast and everyone involved with Waiting For You To Get Home.â€

Speaking of the song, one radio DJ commented to the Browders “As I sit here listening to your new song from theTime Machine album, I’m wondering could there be yet another #1 Song on this project? I’m thinking yes! ‘Waiting For You To Get Home’ is the type of song that does special things, like it could become a signature type song or evenSong of the Year. This masterfully written song pulls at your heart. The dynamics, orchestration and simplicity of the message is something everyone can relate to.” Mike Farley, Music Director WAGO/WGXM 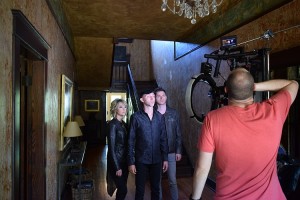 The video will be “liveâ€ at 3:00PM today. You can view the video by using the following link:Â https://youtu.be/6A2Xf9HvTC0 .

The Browder’s newest radio single is also the song of the same title.

“Waiting For You To Get Homeâ€ – Â song title of video

Not only is this song available as a soul stirring video, but it is also having a fabulous debut in radio with the #1 New Release on the heels of the Browders song “Time Machineâ€ hitting #1 on several radio charts.

You can find out more about the Browders by going to http://www.thebrowders.com Â .

From their beginning traveling together as a family in a Dodge Omni car, to a successful music ministry with national hits, The Browders of Hiltons, Virginia are one of the most exciting groups to step on stage in many years. This family group consists of Tommy Browder, his sons, Matthew and David, and Matthewâ€™s wife, Sonya. They travel year round, keeping a full concert schedule as well as holding revivals across the country. One of their most captivating qualities is that The Browders play much of their music live with Tommy on acoustic lead, David on bass, Matthew on rhythm guitar and Sonya on piano. They also write most of their own music.

In recent years, they have been steadily expanding and improving their ministry for the glory of God. They were voted “Breakthrough Artist of the Yearâ€ in the prestigious 2013 AGM Awards. They have enjoyed Singing News #1 song charting success with original songs like “Praise You In This Valley,â€ “Message Of The Cross,” and “Land Of No Goodbyes.” . With the release of their highly-anticipated, “The Messageâ€ recording came a milestoneâ€”their first #1 radio singles. They are currently performing songs from that recording as well as their hits and most-requested songs. Their current new release ‘Time Machine’ already has a number one song on the AGM Charts in “He’s Aliveâ€.

Though things change throughout the years, their mission has remained the sameâ€”to bring hope to a lost and dying world and to encourage and challenge believers. Theyâ€™re real and theyâ€™re anointed. We hope that in the near future you are able to attend or host a Browdersâ€™ concert to experience how God is working through this team.