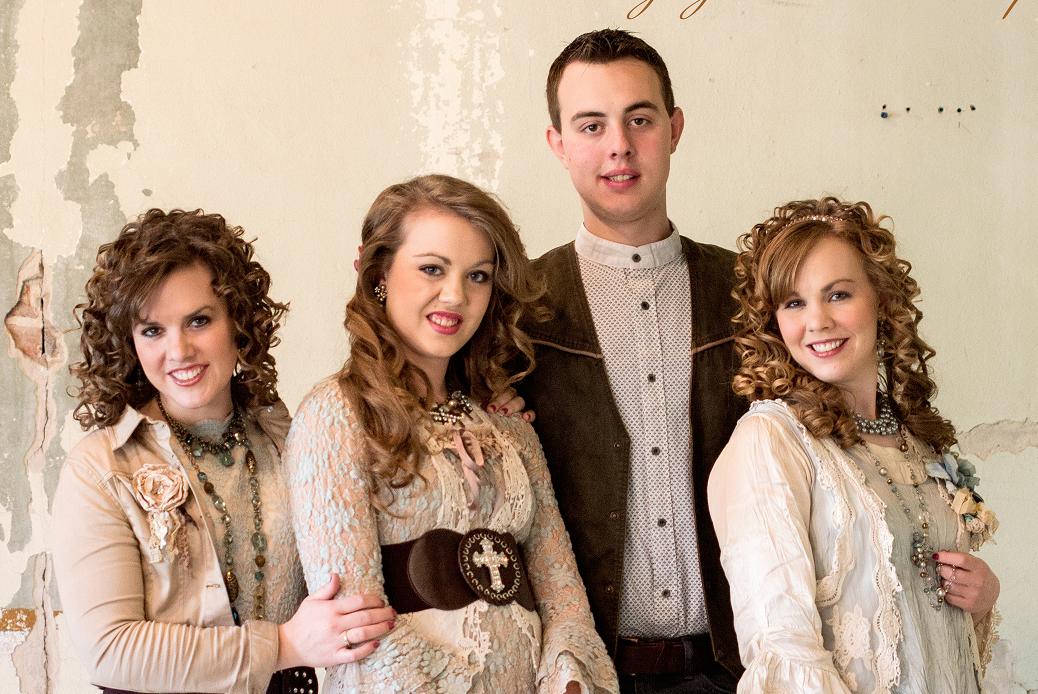 For the Reith family, giving their best to the Lord has resulted in a music ministry that touches the hearts of all who cross their paths. Whether someone is listening to their acoustic music that has a hint of a classical twist, hearing their beautiful harmonies, or simply talking with one of the siblings, the spirit of the Lord is evident in their humbleness, graciousness, and kindness. Lindsay, Sarah, Emily, and Matt Reith are committed to the Lord, to each other, and to bringing their music to the people. They are focused on giving God their best.

The Missouri-based family didnâ€™t always plan to travel and sing, but they did have a heart for ministry early on. Sarah tells their story. â€œWe started singing seven and a half years ago. We actually did not grow up singing or harmonizing. We were classically trained musicians, so our first concert actually consisted of only instrumentals! When we started receiving invitations for more events our Mom looked at us and said, â€˜Yaâ€™ll are gonna have to learn to sing!â€™ We sang our first song, â€˜Wayfaring Stranger,â€™ in our second concert and we were nervous about that. We thought singing and playing instruments would be like patting your head and rubbing your stomach. 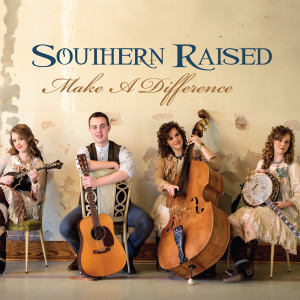 â€œThe story goes back even farther than seven years ago though…When we were very young, our parents heard a message on the power and impact of a family ministering together. At this point in our young lives they began praying and asking God to show them what we could do together as a family to minister for Him. Our parents never dreamed it would involve music! They thought maybe we could drive a van around and deliver meals, or something like that. When doors began to open with our music, it became apparent that this was the ministry God had in store. He had used all those years of classical music to prepare us for what He had in mind and to answer our parents’ prayers.â€

Each sibling has a special part in the family band. Lindsay, 28, plays the bass, sings the low harmony, and does the emcee work for the band. Sarah, 26, plays the banjo, guitar and fiddle, and sings tenor and lead vocals. Emily Grace, 20, plays violin and mandolin, and sings lead and harmony vocals. Matt, referred to by his sisters as â€œLittle Baby Brother,â€ is 16 years old and plays guitar as well as singing lead and bass vocals.

Southern Raised has gained more attention from listeners with each new ministry opportunity. Some of their recent accomplishments include being a 2014 Top 5 Finalist for â€œBluegrass Artist of the Yearâ€ at the Diamond Awards, being nominated in 2013 for Top 10 â€œNew Mixed Groupâ€ and 2014 for the Top 5 â€œNew Mixed Groupâ€ at the Singing News Fan Awards, and being nominated in 2013 and 2014 for the Top 5 New Artist of the Year at the Front Porch Fellowship Gospel Awards, as well as 31 SPBGMA Midwest Nominations.

With each new opportunity that God sends their way, the band has spent more and more time on the road. Lindsay recalls a particularly interesting road trip memory. â€œWe had not had our bus very long and Dad wasnâ€™t going to be able to be on this trip, so Mom was driving the bus. As you can imagine, Dad had lots of instructions regarding the bus as we set out on our journey. One was: â€˜Be careful on railroad tracks. Some have a high pitch to them and if not careful, the bus can get hung up.â€™

â€œAs we traveled to our destination, we did have to cross a railroad track. Remembering Dadâ€™s words, Mom commented that the crossing looked a little steep. After assessing the situation, she thought it would be ok to proceed across the tracks. We crossed with no problem. Upon leaving our concert late that night, mom took a wrong turn after crossing the railroad tracks. She made an immediate left into a small convenience store to turn around. This was directly across from the railroad track (that is important to this story). I also forgot to mention that we were pulling a 10 ft. cargo trailer behind the bus. In this VERY, VERY small parking lot was a light pole.

â€œMom had to pull between the light pole and the store, which was only about 15 feet of room. She made one pull and had to back up, then was going to make another try. Matt was out of the bus helping her back up. She thought she had enough room, so she kept going. Matt frantically comes running up to the window. With no color left in his face, he asks Mom to get out quickly and come look! Mom gets out and takes a look and comes back in the bus with no color left in her face! I have never seen Mom look like that before! There was a transformer on that light pole that was just out of her vision and the bus is now lodged underneath the transformer! Matt told Mom to cut her wheels and slowly, VERY SLOWLY, back up. Well, PRAISE BE TO GOD, the bus came right off smooth as butter!

â€œWell, I forgot to mention that just before we crossed the tracks, Sarah had gone into the back to change. She had no idea any of this was going on. The last thing she knew, we were about to cross the tracks and now we were stopped. Well, of course a train was now coming! We were sitting just across from the tracks, so it sounded like the train was coming right at us. Hearing the loud horn, Sarah came flying out of the back! Her face was totally white! She thought we had gotten hung up on the track and were about to get on the Glory Train! That was definitely one of our most memorable road trips!â€

Southern Raised has released their sixth album, which is entitled Make A Difference. Sarah says, â€œIt was recorded at Mountainside Audio Labs and engineered by Grammy Award winner Bil VornDick. It was produced by Kevin Williams of the Gaither Vocal Band. It was such a joy and honor to work with both Kevin and Bil. We are very excited about this new CD!”

Lindsay shares about two particularly meaningful original songs on the CD. â€œOne day I was reading Psalm 37:25, â€˜I have been young, and now am old; yet have I not seen the righteous forsaken, nor his seed begging bread.â€™ This verse really jumped out at me! I began to ponder at what the Psalmist was trying to convey to Christians for ages to come. He was saying, â€˜I have lived a long time and seen a lot of things, but I have never seen God leave me, I have never seen Him forsake me and I have never seen Him not provide for my needs!â€™ What a precious promise to hold onto as a Christian! My mind then went to us as mortal humans; we are such visual people. We mark milestones in our lives by things we have seen. Yet, this verse talks about the things we will never see being one of the most precious things. From this the Lord gave us â€˜Things Iâ€™ve Never Seen.â€™

â€œâ€˜Ravens Still Flyâ€™ takes us back to an Old Testament story. We find Elijah at one point in his life utterly alone, in a desert by the Brook Cherith. Elijah was broken and in despair, feeling that the world was against him. God performed a miracle in his life and sent ravens down to provide his every need. This lifted Elijahâ€™s spirit and gave hope. We want this song to encourage people that no matter how dark the valley seems, how alone you feel or how broken your heart is, God is bigger! He is the same God that performed a miracle in Elijahâ€™s life and this is your God! Take heart, God still works miracles. Hope is not gone. â€˜Ravens Still Fly!â€™

â€œGod has also given Matt the gift of composing instrumental tunes. He recorded his latest called â€˜River of Restâ€™ on our new project. It has a Classical/Celtic feel to it!â€

Southern Raised is truly a special band. Maybe itâ€™s because of their groupâ€™s motto, which is “God deserves the best.” Â  As Sarah says, â€œThis is something that we remind ourselves of often. It always keeps us in the mindset to strive to do our very best for Him! We want to be the absolute best we can be in order to bring glory and honor to The One who gave the gift of music and all good gifts!”