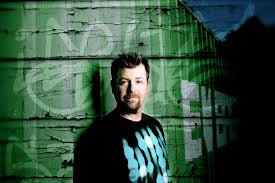 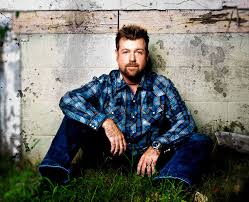 From the Anchormen to Gold City, Steve Laddâ€™s career in Southern Gospel carried him across the country and across the airwaves as one of the top Gospel tenors in the late 1990â€™s through to 2009. Since that time, Ladd has recorded three solo albums, with his latest CD On My Own containing a mix of songs that showcase his vocal range, evolving musical style and deep passion for the lost. In this season of giving, he shares how he has also expanded his ministry to giving to those who canâ€™t give back, through assisting with Compassion International and also The Bridge Ministry in Nashville, Tennessee. [Editor’s Note: This article was first published in December 2013 by SGN Scoops magazine.]

Steve Ladd recently spoke with Scoops about his new album. â€œI’m so proud of On My Own,â€ said Ladd. â€œI had a lot of help making it from the fans getting behind it and supporting the project, to the people involved in making it a reality. My friends and legends Michael Sykes and Michael English, along with myself, produced the album. These songs are exactly what I wanted to say in this time of my life, and I’m getting reports of how some of the songs are having life changing results!â€

Gospel artist Michael English says heâ€™s a fan of this versatile soloist. â€œSteve Ladd is one of the best singers I’ve had the privilege of knowing and producing. He’s also one of my best friends. I’ve never known a more humble and giving man. I’m honored to have worked with him on this new project. You will not be disappointed when you hear it.â€Â 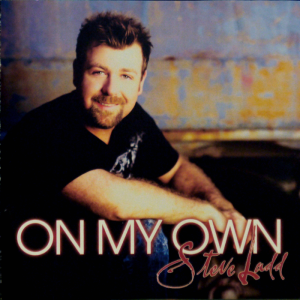 Ladd had some well-known artists assist with background vocals on the CD, including Joyce Martin and Michael English. Another vocalist is immediately recognizable on her trademark song, which Ladd competently covers on this project. â€œMaster Of The Wind has always been a favorite of mine and to do a duet with Candy Christmas just made it that much more special,â€ said Ladd. â€œCandy is a great friend and she’s full of the love and compassion of Jesus. I became involved with her Bridge Ministry when we moved to the Nashville area a few years ago. It has changed my outlook on true ministry and I’m honored to be a small part of what she’s doing under that bridge everyÂ TuesdayÂ night!
The Jefferson Street Bridge in Nashville, Tennessee is home to many homeless, poor and food-insecure, or those who donâ€™t know where their next meal is coming from. Candy Hemphill Christmas began The Bridge Ministry in 2004 by taking hot meals to those living beneath the bridge. Today The Bridge Ministry is a non-profit organization that provides food and clothing every Tuesday night, as well as encompassing a warehouse that acts a food bank for other organizations. The Ministry also provides education, skills training and raises awareness of inner-city issues. 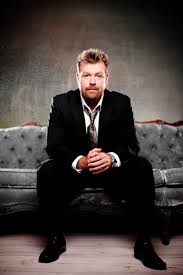 Each week the Bridge Ministry also provides music and preaching along with food and clothing, and this outreach has become very special to Steve Ladd. â€œI try to be there every singleÂ TuesdayÂ unless I’m on the road or my children have a school function,â€ says Ladd. â€œWhether it’s two degrees or 102 degrees outside, the homeless and poverty stricken are still there needing our help and we are called to be Jesus’ hands and feet. It moves me to see how God is working under The Bridge!â€
Ladd says this outreach has changed everything for him. â€œI’m not quick to look away when someone stands on a corner asking for help, or when I see a need in someoneâ€™s life. I feel God has blessed my calling and ministry because I’m willing to help these people out. Even if itâ€™s just through a song or a hug and making them feel special. My favorite part of the service is when we pray one-on-one with them. We are seeing lives changed, saved and set free every single week.â€
During the Tuesday night outreaches, many of Candy Christmasâ€™ friends come by to sing and preach. When itâ€™s Laddâ€™s turn for music, he knows what those assembled want to hear. â€œThey usually like for me to sing â€˜Preach The Word,â€™ because they are truly hungry for the Word and are very respectful when the preacher speaks,â€ says Ladd. â€œThere’s a different preacher every week. You never know who is going to just show up and give of themselves and talents to the homeless. Just a few weeks ago, Journey members and writers of hits like Don’t Stop Believing, Open Arms and more, stopped in to sing. Our friends under the bridge are so appreciative.â€ 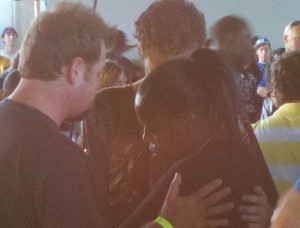 The Bridge friends enjoy Laddâ€™s music and so do new fans across the country. He was awarded the Singing News Fan Award 2013 Favorite New Soloist Of The Year. Ladd also was featured on a cut with the Stamps Quartet on the latest Alan Jackson CD, Precious Memories Part Two.

â€œWhat an honor!â€ says Ladd, regarding the recording for Alan Jackson. Although Ladd is seeing many dreams come true, he says there are some other things on his bucket list. â€œI’ve sung with some of my musical heroes in Gospel music, but I would love to sing a song with Steve Perry! The emotion in his voice has always moved me.â€ Ladd adds, â€œI’ve also always wanted to sing at a Billy Graham crusade.â€

Reneeâ€™ Barham of Daystar promotions, says, â€œI am so blessed to be booking for Steve. Every place that books him wants him back! Not only is he an amazing vocalist, he is one of the most sincere and devoted Christians I have ever known. God has given him such a beautiful heart and he shares it so willingly. Whether sharing in testimony in concerts, working at The Bridge Ministry, or at his home church and just encouraging people online, it’s a beautiful thing to witness. He is the real deal!â€

Terry Hudson, Steve Laddâ€™s manager, is also a big fan. He says, â€œIt’s no secret that Steve has a powerful voice but even more powerful is his message. His primary focus for recording his current CD is to let the world know the message that â€˜Jesus Savesâ€™.â€ That song is a terrific cut with a contemporary message. Auke Bijlsma, CD reviewer for website SGM Radio.com, writes: â€œIt starts kind ofÂ corny. But then the chorus kicks in and wow!Â I love the counterparts Michael English sings around Steve. The next verse is amazing, and then that chorus again, more intense than the first, but not overdone. As for the harmonies â€“ well, Eagles, look out. Songâ€™s title? Jesus Saves!â€

Ladd says, â€œMy favorite song to sing live is a tie between Heaven and Not Guilty. I love to see songs minister to people and those two are definitely anointed songs and I can see that they move people when I perform them.â€ The CD ends with â€œItâ€™s Amazing,â€ Bijlsma says, â€œThis album is to me simply that, â€˜amazingâ€™. It is amazing how Steve sings and how the pickers and singers make Steve even look better than he already is.Â I never liked the pairing of the words â€˜simplyâ€™ and â€˜amazingâ€™; to me thereâ€™s nothing simple about grace, thatâ€™s what makes it kind of amazing! The last song is absolutely amazing, talks about the most amazing fact of life itself, that thereâ€™s Grace greater than all our sins. Itâ€™s amazing.â€
Sharing this amazing gift of Grace is Steve Laddâ€™s ministry. He says, â€œ I have a burning passion to see people receive Jesus Christ! I truly feel like we are in the last days and I don’t feel like we are doing enough to reach the lost.â€ His main message he desires to share with his audience he says is â€˜simpleâ€™. â€œRomans 10:9 says, â€˜If you confess with your mouth the Lord Jesus and believe in your heart that God has raised Him from the dead, you will be saved.â€™Â We all need Jesus!â€

As Steve Ladd shares his message with a Gospel audience and his life with the Bridge ministry, itâ€™s easy to see that the love of Jesus is flowing from him, as he continues to give back what the Lord has so freely given to him. Sharing the gift of God this season to others is something we can all learn from the life of Steve Ladd.

For more information on The Bridge Ministry visit http://www.bridgeministry.org/