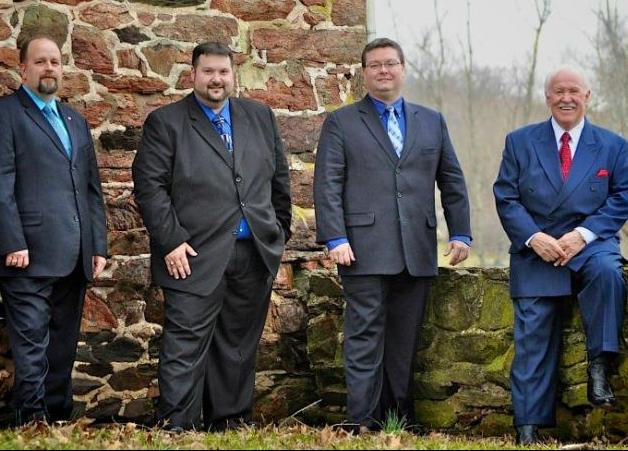 The Skyline Boys from Northern, Virginia, are soaring high with a strong album, line-up, sound and message. Dennis Powers has led this quartet since 1995, guiding them to two nominations for The Singing News Horizon Group of the Year and several charting songs such as â€œUntil God Turns This Thing Aroundâ€. Toby Siler, Chris Little and Jerry Skaggs add years of performance expertise, combining with Powers to create a group with tight harmony, energy and a style all their own. [Editor’s note: since the publication of this feature in SGN Scoops August 2013, Chris Williams has replaced Toby Siler.]

â€˜Til The Storm Passes By is the latest album from The Skyline Boys and Dennis Powers is proud of the song variety displayed on the recording. â€œWhen we were in the studio recording this project, our producer at Crossroads, Jeff Collins, said â€˜You know it really ought to be illegal to put this many good songs on one project,â€™â€ laughs Powers. â€œWe recorded the Mosie Lister song, â€˜â€™Til the Storm Passes Byâ€™. That probably would be my favorite song on the whole project. However, we went back and picked up a couple old Cathedral Quartet songs [including] â€˜Somebody Touched Me.â€™ Great song, great message. I like every song on the project and in fact I have not met anybody [who has] heard the project who hasnâ€™t said thereâ€™s not a song on there that they donâ€™t like.â€

Jeff Collins, Studio Production Manager and Co-ownerÂ of Crossroads Music, spoke highly of working with the Skyline Boys to create â€˜Til The Storm Passes By.Â “I’ve had the pleasure of producing the Skyline Boys for the past few years and always enjoy our time in the studio,â€ says Collins. â€œThey’re a fine quartet. Dennis Powers and all the guys have always worked hard to get all that I ask of them as we record the vocals. Producers certainly appreciate artists who actually let the producer do his job, which these guys do. Whether it is a fast tempo or power ballad, the guys can always deliver the song. I look forward to producing more great Gospel quartet music with them in the future!”

Hard work and great Gospel music are par for the course for Dennis Powers. He is the owner and manager of Skyline, but thatâ€™s not the end of his responsibilities. Powers says, â€œIâ€™m the bass singer, the bus driver and whatever else has to be done. We all drive the bus. Weâ€™ve got one of the most awesome tenors in the world, Jerry Skaggs from Ansted, West Virginia. Our lead singer, Toby Siler is a native of Dayton, Ohio, but since the group is based in Virginia, he packed up his family and moved to the state of Virginia to be with the group. Chris is our awesome piano player and baritone singer from Griffithsville, West Virginia. Iâ€™m from Percellville, Virginia.â€

From Virginia to venues across the United States, audiences enjoy the energetic performance of the quartet, but Powers says there is more to an evening with The Skyline Boys than just having a good time. â€œYou can expect probably one of the most exciting concerts that youâ€™ll ever go to,â€ says Powers. â€œWe like to make [the audience] laugh and we like to make them cry, but our main goal is to touch lives for Christ.Â  Our main goal is to minister and if we canâ€™t do that, Iâ€™ll just stay at home.â€

Audience members enjoy meeting group members after the program, which is part of the ministry aspect so loved by Southern Gospel artists and fans. The Skyline Boys are thrilled to meet old and new friends at concerts, talking and praying with those who come to share their joys and troubles with group members. â€œWe are a very approachable group,â€ says Powers. â€œI know some groups head away just as soon as theyâ€™re done singing, but we like to stick around. We like to talk, we like to laugh, we like to talk one on one. Thatâ€™s what we do. [People] have needs: physical, financial, spiritual, or whatever the need may be. We know that we canâ€™t reach everybody but in the churches we go to, we try to encourage the saints, we try to reach the lost and we want them to leave the concert feeling like, â€˜This is the greatest evening that weâ€™ve ever hadâ€™.â€ 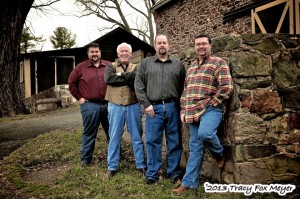 The Skyline Boys have a busy schedule and with ministry both on and off-stage, remaining fresh and focused can be exhausting. This can take a toll spiritually and therefore Powers says it is important to keep a strong relationship with the Lord. â€œThe only way that you can do that is by doing your own devotions,â€ says Powers. â€œA lot of people think because weâ€™re up on the stage giving out every night that itâ€™s endless. After a while you go through seasons of dry spells. Some of the churches that we go into the pastors say, â€˜Do you mind if I preach?â€™ We say â€œAbsolutely not, we do not mind allâ€™, because this is a great opportunity for us to refuel, to listen to somebody else, to just take some time and enjoy what the pastor has to say.â€

â€œItâ€™s really hard,â€ Powers admits. â€œIt looks all glamorous and everything, but if youâ€™re really, truly doing it for ministry, if youâ€™re really truly doing it to touch peoplesâ€™ lives, itâ€™s a lot of work.â€ Powers, celebrating 48 years in Southern Gospel continues, â€œThis is what God has called me to do, thatâ€™s the only reason Iâ€™m there doing it. I feel that I have to depend upon God to get me through this because we do suffer burnout. After a while you get tired of doing the same things, but I never get tired of touching peoplesâ€™ lives for Christ.â€

The Southern Gospel industry and radio personnel agree that the Skyline Boys are making music that touches peopleâ€™s lives for Christ. Zane King of Flight Studio Nashville produced several Skyline Boys projects in the past. King says, â€œThe Skyline Boys are truly doing the work of ministry whenever and wherever they go. I have had the privilege of working with Dennis Powers and his group for many years. I consider the work I have done with them as some of the best highlights of my career.â€ 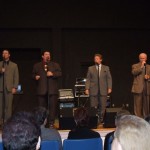 Radio and television are a major part of the life of a Southern Gospel artist, and after 48 years of being in the business, Dennis Powers has seen a lot of change in the media and presentation of Christian music. â€œI have seen the many changes, from standing around one microphone, the musicians all in the same room, everybody working on records,â€ says Powers. â€œThey were then called projects, now theyâ€™re called CDs. We went from that kind of technology and recording to the new digital technology where everybody is singing on a track of their own. Now if somebody messes up, everybody doesnâ€™t have to go back and re-do it. So thatâ€™s some of the greatest technology, thatâ€™s some of the greatest changes weâ€™ve seen.â€

â€œWeâ€™ve seen the audiences grow older and weâ€™ve seen just a lot of changes [in that audience],â€ continues Powers. â€œIt used to be that the churches were packed when a singing came to town, now thereâ€™s a lot of things for people to do, a lot of other things people want to do, so they donâ€™t come to church like they used to. I will have to say our crowds have been doing very well.â€ It is important for artists to increase their audience so their music will continue to grow and their message will be heard by hurting hearts.

The Skyline Boys are attracting more new listeners to their music by â€˜spreading this music around,â€™ says Powers. â€œWe touch a lot of young people. Iâ€™ve got some younger guys in my group and itâ€™s hard to believe but time after time after time, we see young people come and say â€˜Hey, we didnâ€™t even know we liked this music.â€™ They are used to listening to rock and roll, rap and pop and stuff like that. Then when they hear the four-part harmony of a male quartet, theyâ€™re absolutely just blown away.Â  Itâ€™s like Iâ€™ve always told them, â€˜What is there not to like?â€™â€

Powers enjoys having younger men in his group, not only to carry the heavy equipment, but also because the younger sound attracts a more youthful audience. He has been able to bring guidance and direction to several younger artists, and tries to help them through the pitfalls of the bright stage lights. â€œMy biggest word of advice and I try to instill it into the guys on the bus is this: â€˜Let God handle this and letâ€™s keep our egos out of itâ€™,â€ says Powers. â€œThe biggest thing that I see in Southern Gospel is the egos, and I like to think that nobody in this group has egos, they have a desire to please Christ.â€

The Skyline Boys have a great desire to please Christ and to share His gospel of good news to all who will hear it. Dennis Powers says, â€œThe message that we want to share is the message of Salvation. That is our number-one message. However, we [also] like to encourage Christians by the songs that we sing, and listen to their problems. That is what is so neat; even though everybody has a different problem, God has all the solutions. Sometimes we think weâ€™re not important. A school teacher may say that what theyâ€™re doing is not all that important; well, it is, because you never know who youâ€™re going to encourage, you never know what youâ€™re going to inspire, and it may not show up until 20 years down the road. Thatâ€™s why we like to try to cover all aspects of it.â€

For current artist features and a free download visit www.sgnscoops.com