My Southern Gospel Experience: A Canadianâ€™s Journey Into An American Tradition – People of Influence Pt 2 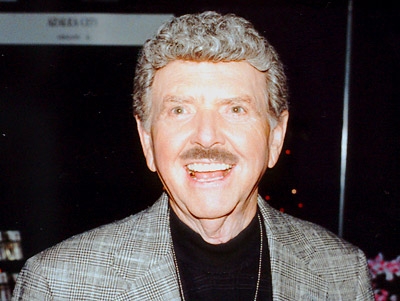 I have met many people in Southern Gospel and so many of them had an impact on my life. The next people that I want to introduce you to are my good friends, Bill and Marg Griffin of Calgary Alberta.Â  Bill and Marg promote Gospel Music in the Calgary area, and have become very successful at it.

I first met Bill in the mid â€˜90â€™s.Â  I was a manager at the No Frills Store in Peterborough and Bill came in with another friend, Carol Elliott. Carol introduced Bill to me, and we seem to hit it off right away. Right there in the turnip aisle we talked about our love for Southern Gospel music. I quickly learned that Bill had great excitement, and big ideas, for Southern Gospel Music. Now when I say a great excitement, you have to learn to get to know Bill.Â Â  He doesnâ€™t show it as much on the outside, but most certainly does on the inside.

I remember vividly being at the National Quartet Convention with Bill. One time the Cathedral Quartet was singing on stage. Everyone was stomping their feet and clapping their hands. I remember looking up the row for Bill and he was sitting there crossed-legged, not moving a muscle. I looked at him and I said something along the lines of, â€œâ€¦are you not enjoying this?â€Â  He replied back, â€œIâ€™ve never been so excited in my life!â€ That has become a joke between the two of us over the years.

Then there is his wife, Margaret, or â€˜Margâ€™, as most call her. What a woman of God she is. Bill will be the first one to tell you that. All the years Iâ€™ve known them, I have never heard a word of complaint come out of her mouth. She truly is a shining example of the love of God, and it shows in everything she does and says.

Bill shows the love of God just as much but in different ways. He is a quiet sort (most of the time), but is the type that would probably give you the shirt off his back if you needed it, except for his famous American stars and stripe shirt. Nobody would get that.

Bill started promoting Gospel Music in Peterborough back in the 1970â€™s. He brought the Cathedral Quartet to the Memorial Center. I donâ€™t think I was at that one, but I remember him telling me about it.

Today, Bill and Marg promote in the Calgary, Alberta area, and are very successful at it.Â  He has brought groups like the Hoppers, Legacy Five, Ernie Haase and Signature Sound, The Couriers, and many, many more.Â Â  This coming spring, he is bringing the Couriers and Legacy Five for the first time to Banff. My wife and I are driving out to see them. Now, you have to be a Gospel junkie, when you drive 2200 miles to see a concert.

Bill and Marg Griffin are a shining example of what a husband and wife team should be.Â  They gladly open their home to the different artists who come to their concerts. They go out of their way to make you feel wanted and loved every time you are with them. Billâ€™s infectious love of Southern Gospel is contagious. You cannot be around him for very long before heâ€™s talking about some concert or group heâ€™s promoting. He is definitely one who was and is instrumental in anything I have to do with this business.

Lastly, Rev. Billy Graham is and will always be a light, which cannot be extinguished.Â  Now you may ask, what does Billy Graham have to do with Southern Gospel Music?Â  A great deal and Iâ€™ll try to explain.

The Jake Hessâ€™s of the world, and the James Blackwoods, the Vestal Goodmans and Billy Graham, all share one thing in common. Every one of them shines with the love of Christ. They all are different, as you and I are, but those of us who call ourselves Christians all possess a common bond. We all have Christ in our lives, and can only hope and pray we shine like those mentioned above.

For as long as Iâ€™ve lived, Billy Graham has been preaching and spreading the love of God. I was fortunate enough to go to one of his crusades many years ago in Toronto, in the 1960â€™s. I remember being vividly in awe of what Graham was saying. I remember thousands were still outside, trying to get into the grounds. The place was packed. I remember feeling what is now a familiar feeling: the presence of God in him. Thousands literally ran to the front when he gave the altar call.

The press has for years tried to trip Graham up on something they can hold against him, but they never have or will. Graham is now in his 90â€™s and was quoted recently as saying, â€œI want to preach one more sermonâ€. George Beverly Shea at 103 years old, still sings, still loves playing that big old organ he has in his house, and he shares what the others have. They share a love for God, which is so evident in their lives. It spills out of them!Â

I guess I would have to ask, â€œWhat do people see, when they talk to me?â€ What do people see when they talk with you?Â  Is the love of Christ as evident in our lives? Can someone walk away after talking with us, and sense the same presence I felt, when talking with Jake Hess, or James Blackwood?Â  I canâ€™t answer for you of course, but I sure can for me.Â Â  Should I pray that God will make me more like Billy Graham?

No, of course not, but I need to pray that I would learn to trust and walk with God, the way these great men and women of God did and do.Â  May we all learn to grow!