Media and The Gospel: Being Courageous 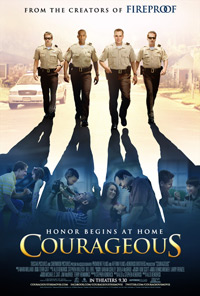 Part One of a Three Part Series

Christian media has long been in the background of what is happening in the world. Like the old shoe in the closet, it has been pushed aside and only looked at when everything else is in use. From magazines to radio to movies, media with a Christian focus has been criticized for its lack of quality, professionalism and relativity. However, several facets of this industry are taking the secular audience by storm and destroying pre-conceived notions by creating a product that is making the world take notice. They are doing it without compromise, without diluting the message and without listening to those who say it canâ€™t be done. They are doing it with courage and with excellence.

What is the heartbeat of Christian media? In this series we will look at those who sacrifice time, energy and funds to spread the love of Jesus and the message of the Gospel through print, web and visual media. From the movie industry that seeks to portray the timeless story through new parables to the media that promotes Christian music, we look at the motivation and methods of those that broadcast and publish a statement that can be offensive, enraging or liberating. The statement that â€˜God so loved the world that He gave His Only Sonâ€™ is the only message that our subjects find worthwhile to share with the world. They spend their lives giving their talents to ensure that all might hear this message.

In Part One of this series, we focus on the Christian movie industry. In an area held fast by Hollywood and its morals and world-view, Christian media has made great strides into the mainstream film industry. The â€œPassion Of the Christâ€, the Mel Gibson 2004 mega-hit, was a retelling of the last hours of Jesusâ€™ life and death that had believers and non-believers flocking to the theatres. Number one on its opening weekend, the movie grossed $611,899,420 worldwide1. According to a Barna poll, only half of the viewing audience of Passion considered themselves born-again Christians2. This has lain to rest the criticism that only Christians will view Christian movies.

Other popular releases have also shown that Christian films do not have to dilute their message to gain viewers, such as Left Behind, the Narnia series and the recent Soul Surfer. Fireproof, released in 2008 by Samuel Goldwyn Films and Affirm Films, became the highest-grossing independent film of that year. Sherwood Pictures produced this last film, a production company that is a ministry of Sherwood Baptist Church in Albany, Georgia. Sherwood Pictures brought a story of commitment and fidelity to 839 theatres nationwide4 with a budget of $500,000 and using mostly volunteers and donated locations. The Christian grass-roots project reached viewers across the country and across the world. 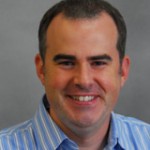 Sherwood Pictures has followed this popular film with a new release on September 30, 2011 entitled â€œCourageousâ€. Releasing to 2,000 screens nationwide, this police drama follows four men on and off the job, delving into their home lives and centering on fatherhood. Alex Kendrick, Director, Co-Writer and star of the film, talked to SGN Scoops prior to the release of this new film, about the courageous movie-making of Sherwood Pictures and its association with Sherwood Baptist Church.

â€œSherwood is an â€œout-of-the-boxâ€ church,â€ said Kendrick. â€œOur Pastor, Michael Catt, believes in doing whatever is necessary to share Godâ€™s truth with the world. Since God had given me a passion to use motion pictures as a ministry tool, Michael gave me his blessing to make a low-budget digital film in 2003. That $20,000 effort was called â€œFlywheelâ€, and played locally in our one theater. What happened next amazed us.â€

â€œAlthough we had prayed extensively over the project, we didnâ€™t think it would go beyond our city, but once we began selling DVDs of the movie, it took off. Today, over 600,000 copies have sold, and the film is now in 56 countries. We still hear from people each week that have been touched and challenged by the story.â€

â€œThat led us to our next film, Facing The Giants, which was shot in HD for $100,000. Sony picked up the distribution rights, and put it in 441 theaters in 2006. It grossed $10 million and sold over 3 million DVDs worldwide. Like Flywheel, the response was overwhelming.â€

â€œFireproof was next, which expanded to 800 theaters and 3.5 million DVDs. Now, Courageous is set to come out September 30th. We canâ€™t wait to see how God uses this movie to impact people! In a way, God has taken our limited efforts and has done more than we ever imagined.â€

The Kendrick Brothers have increased their budget and their viewing audience with each release. Their evangelism may differ from that of a traveling preacher or musician, but they have the same goal of reaching the lost and encouraging the found.

Kendrick said, â€œJesus would tell stories in the form of parables to the masses. He used this method to engage them and to teach them truth. In like manner, we are telling stories to engage the audience and to share a message of truth and hope. Weâ€™re just using movie screens to do it.â€

â€œSince everyone loves a good story, itâ€™s an ideal way for us to touch millions of lives all around the world. As far as how well we do it, thatâ€™s improving all the time. The technology is always changing, but the more education and experience we gain, then higher the level of excellence. For us, it starts with prayer, then research on the topic or theme. But when it comes to production, weâ€™re using the latest forms available, and we love the way technology is allowing us to do more and more.â€ 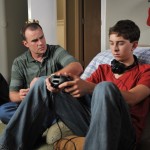 The quality of the production and the depth of the storyline are increasing with every release of Sherwood Pictures. At a time when many would dilute their gospel message to make it more palatable to a larger audience, Kendrick sees their mission as the straightforward relating of Scriptural principals.

â€œMaking movies is like going to war,â€ notes Kendrick. â€œAn effective strategy doesnâ€™t involve just one attack point. In other words, we may send the army on land, the navy by sea, or the air force to gain a victory. In Christian filmmaking, we need various stories that share truth from various angles. Ours are fairly bold and clearly evangelistic in their presentation. Others may make films that use a subtext message. But either way, the goal is the same.â€

â€œWe desire to point people to a relationship with God through Christ. We would only ask other filmmakers to seek God wholeheartedly before making their film. When Godâ€™s favor is on it, then you will have fruit.â€

Sherwood Pictures have gained acceptance into a large market despite their bold message. Kendrick says, â€œWe donâ€™t ride the fence at all. Our first target is the church, and weâ€™re open about that. The reason we do that is because weâ€™re called to remind believers that we must be salt and light to the world. If they see no difference in our lives, marriages, and families, then our message is weakened.â€ 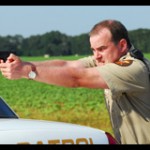 â€œSecondly, we realize our audience will often contain those that donâ€™t know God in a personal way, so we purposely include the gospel. As a result, weâ€™ve seen thousands of viewers come to Christ after watching one of the films. So we start with the church, but acknowledge that the audience will include others too.â€

As an arm of the media that seeks to encourage believers and reach the lost, Sherwood Pictures is making great strides in film industry. With its fourth release, this courageous team of moviemakers is raising the bar for Christian films and for all of Christian media. Not satisfied with the status quo, the Kendrick Brothers keep pushing for excellence in their form of evangelism.

â€œGod has placed a drive in my heart to share His truth through stories,â€ says Alex Kendrick. â€œI feel like I am obeying him when I do this. I sense His pleasure, and thereâ€™s no better thing in the world that to obey the calling of God.â€

Alex Kendrick and Sherwood Pictures are proving that Christian filmmaking is rising above a level of mediocrity and making a mark in the mainstream movie industry. Christian media of all types should follow their example, pressing on toward excellence, following the calling, and aiming for the pleasure of their Almighty God.

Media and The Gospel: Being Courageous is Part 1 of a three-part series. This installment was first published in October 2011 in SGN Scoops digital magazine http://www.sgnscoops.com