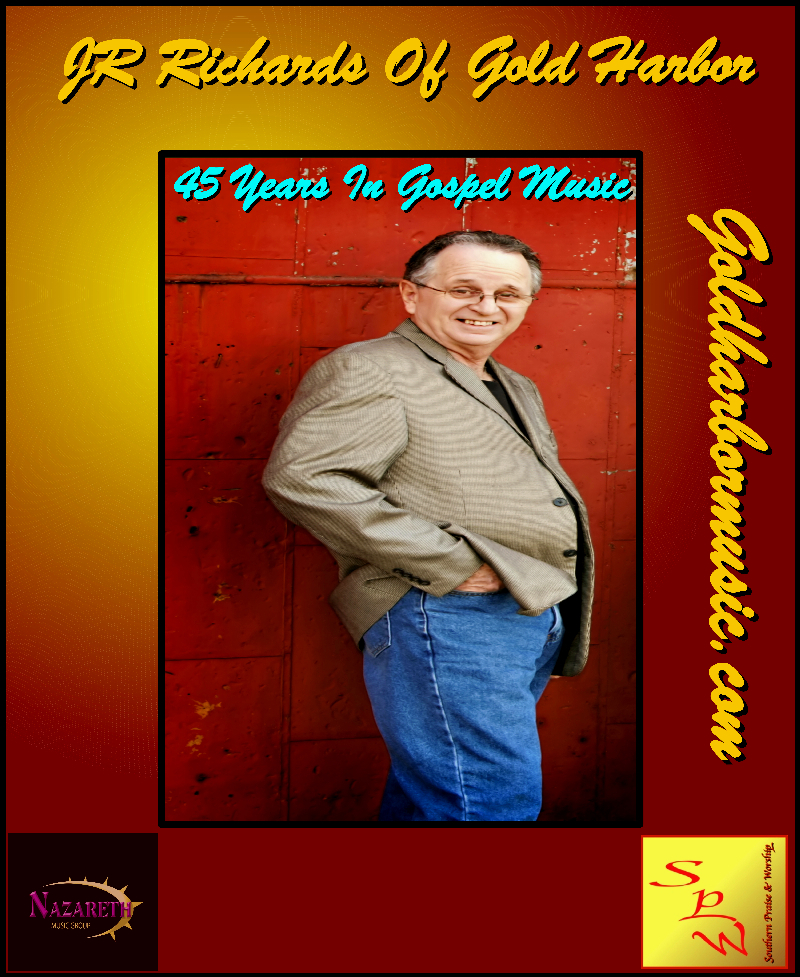 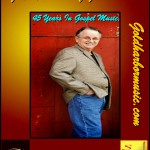 Did you know we were created to praise our Creator? Praise is what Christians are called to do, whether we sing for a living, flip burgers or push paper. We praise God by our words, our songs, the way we live and the way we serve Him. Worship music in our churches generally invites the singer to praise God directly from their heart to His. Southern Gospel artists praise God as they proclaim to their audiences what He has done. Gold Harbor is taking the sound of Southern, mixing it with the vertical theme of worship music and creating what they call â€œSouthern Praise and Worshipâ€, the title of their soon-to-be-completed CD.

â€œSouthern Praise and Worship is Praise Music bent over to Southern Gospel by arrangement, to bridge standard â€˜southernâ€™ and contemporary praise and worship,â€ says Jimmy â€˜JRâ€™ Richards of Gold Harbor. â€œ[This creates] a genre that both types of gospel music fans will worship with and enjoy.â€

Southern artists have been performing Praise and Worship music for quite some time and find that it is effective in introducing audiences to a Southern flavor while still keeping them in their worship comfort zone. Canadaâ€™s Torchmen Quartet recorded a full CD entitled â€˜Southern Gospel Praise and Worshipâ€™ in 2008, taking current praise songs and coloring them with the Torchmenâ€™s southern-country style. Southern Gospel is not as generally well-received in Canada as it is in some areas of the United States, so artists of this genre have been singing songs from other styles such as Contemporary Christian and Alternative Worship for many years, in order to reach a broader audience. Such is the case for some areas of the United States as well, even in the traditional â€˜Bible-beltâ€™ areas. Richards says, â€œIn the south-east, I have been to so many churches who don’t care for Southern Gospel or Contemporary Praise and Worship. I know this differs in some churches and parts of the country. But you know what? God gave the old and the new songs. So itâ€™s my calling and my passion to bridge the two together for all Christians to worship, sing and pray with. Southern Praise and Worship (SPW) is new only in name. I have heard so many groups taking a chance to record this type of song and praying that the powers that be will play it. The thing they haven’t realized is that they are a big part in helping start this new genre.â€

Whether this is a completely new genre or just another of the many facets of Southern Gospel, it can be said that Southern Gospel songwriters have been praising God from the beginning, whether it is praise directed to Him or to others about Him. As Christians we are called to â€œproclaim the praises of Him who called [us] out of a darkness into His marvelous lightâ€ (1 Peter 2:9, New King James Version, Holy Bible). We were created to worship Him. J.R. Richards explains his definition of Praise and Worship.
â€œItâ€™s that communication with God, whether it be through a song or in that private closet of prayer, where we find our soul crying out for blessing, strength or direction,â€ says Richards. â€œPraise and Worship in numbers, when we sing, seems to explode His spirit to unending heights in our bodies and our lives.â€ To Richards, then, Praise and Worship is a vertical conversation from man to God. Gold Harbor, however, does not limit itself to this type of music.

â€œYou will find that Gold Harbor is a group of many styles from several genres of music,â€ says Richards. â€œWorship has been and will always be first and foremost with anyone who sings in this group.â€

â€œConcerning the praise music we do, most of the songs southern gospel groups or audiences have never heard and not every song we do fits this new genre of music. Holy Rain and Children of God were written by David M Edwards or Regi Stone. Holy Rain for example was the 2006 Choral song of the year. I have gone through several hundred songs to pick out material that fits what we are doing.â€ Richardsâ€™ goal is â€œto produce something new and something spiritual that has excellence in quality.â€ Children of God is the current Gold Harbor single, sung by Christy Tullus and Noel Walters.

In March of 2011, Gold Harbor announced a new lead singer, Rob Helton. Richards is thrilled with the new addition and his new song. â€œIf It Wasn’t For The Cross, is a great song being blasted by Solid Gospel,â€ Richards continues. â€œThe guy who sings it has a rare, God-given voice. His name is Rob Helton. Youâ€™re going to hear a bunch from this guy. Better than that, you’ll get the chance to [hear him live] at The Branson Gospel Music Revival. Has he got a testimony for you! I have [also] listened and talked to several super talents about the alto to sing [with Gold Harbor] at Branson and help complete this project titled â€˜Southern Praise and Worshipâ€™.

Richards has had many vocalists join Gold Harbor since 2008. Jim Peretic, Scotty Aldridge, Noel Walters and Darlene Chapman are alumni of the group. Richards continues listing the roster of singers.

â€œIn 2010, Michelle Knight and David Folenius came to Gold Harbor for a live digital video recording at the Opryland Hotel, ten days before the great flood of Nashville,â€ says Richards. â€œWhy are so many personnel changes happening? Well, it seems that God wanted me to know that with each change of music style, singers would probably change to keep in or stay out of their comfort zoneâ€¦ Gold Harbor is not your traditional group that you see the same people over and over from year to year.â€ Gold Harbor also does not travel as many miles and play as many venues as most Southern Gospel artists.

â€œAt this point in my life, I just want us to do specific dates rather that being gone 200 days a year. I already did that!â€ says Richards, who has been singing since 1966. â€œI go to Christ Church in Nashville and when I’m at home I sing with the Christ Church Choir. There is a rich talent pool for me to pick from for Gold Harbor.â€

A Christian gifted in leading public worship should also be a private worshipper of the Almighty God. Richards says, â€œMy favorite way to worship is to find a private place and read His Word. I exchange my spirit to Him and for Him to recharge mine every day. I like to be in the bus sometimes alone or when everyone is asleep and just thank Him for letting me do what I do.â€ â€œWithout His blessing I would surely wilt in spirit and be lost forever. It is not so important what I have or have not done but [what is important is] what Jesus has blessed me to do through the years.â€

Whether JR Richards and Gold Harbor are truly introducing a completely new genre of music may be up for debate, but what is certain is that Gold Harbor is continuing the tradition of Southern Gospel by proclaiming the Lordâ€™s praises. In an era where churches become divided over music styles, Richards is using his talents and giftings to bridge the gap and invite all listeners to the Throne of the Almighty. In the presence of God, all any of us can do is Praise Him!