Hot New Trend: Flavors Get Cooked Up with a Chipotle Kick 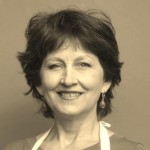 Soup season has kicked in at The New Deli; warming the bones with a bowl of rich, creamy soup seems to hit the spot. I’ve been surprised though, by how many health-conscious people are giving us a call, wondering, “Does it have cream or cheese in it?” Customers are looking for rich-tasting foods, but without the saturated fat.

I like the current trend towards menu choices where flavor come from whole foods, prepared in creative ways to optimize flavor. Back in the eighties, we had a lot of requests for low-fat foods, thanks to the McDougal Program and similar diet plans. In more recent years, we fielded phone calls and requests for low-carb foods, as some folks followed a high-protein, low-carbohydrate diet in efforts to trim down.

Now, many people are seeking simple foods that haven’t been too adulterated with extra dairy products. I guess my timing was right on in developing a new soup that meets that criterion! We’ve been making our latest new soup, Chipotle Potato Soup, for a few months now, and it’s become quite popular. Yes, it is a creamy soup, full of flavor, with a little kick from the smoked chipotle peppers, but without any cream, butter, or dairy products. It’s a hit!

I was inspired to make it after tasting one chef’s rendition at his restaurant in Berkeley. It was quite an adventure going out to eat at Gregoire’s; the chef is a good friend of one of our New Deli girls, so I suppose we got a few extra perks (samples of the desserts and such). Most memorable was watching the “classical French cooking techniques”, as meals were prepared before us in the small kitchen adjacent to the counter we sat at. Tom and I were fascinated at how the burners were roaring full blast the whole time; a few sauces and pasta dishes were prepared, and giant pots containing massive quantities of veggies cooked away. The chef apologized for not being able to visit, as he was making another batch of soup. But we didn’t mind! As I said, watching the process inspired me to try my hand at it myself.

I had to research the whole “chipotle” concept. For me, it was synonymous with the new restaurant opening in town; a Mexican restaurant with a trendy, techie feel, featuring healthy ingredients. But specifically, the chipotle pepper is a fully-ripened red jalapeno that has been dried using a smoking process. A few brands may just use smoke flavoring added to dried peppers; not so with authentic chipotles. In our locale, it was easy to find a decent package of dried chipotle peppers in the Mexican food section of a few stores; I also found an exceptional pepper online for a few dollars more. Either way, we have our supplies in, promising many more batches of our favorite soup of the month!

This soup gets its color from grilled carrots; searing the veggies in extra virgin olive oil adds richness without the saturated fat. The smoky flavor comes from the “Chipotle” pepper, a ripened red jalapeno that has been dried through a smoking process. Depending on the quantity of veggies used, this healthy recipe serves 8 or so.

Add a big splash of water to the pan now and then, to allow for more steaming of the veggies. Turn the veggies as they brown, letting them continue to brown on high heat. This will caramelize the natural sugars in the vegetables, adding extra flavor.

Once the veggies seem well-browned, cook them 10 minutes or so longer in a separate pot, covered with water, so they’ll be soft enough to puree. Meanwhile, in a medium pot, simmer in water just to cover: > Approx. 3 lb. or so potatoes, peeled and cubed

The next step is pureeing the veggies. This is easily accomplished with a food processor, or you can use a potato masher. For smoothest consistency, drain and reserve the cooking water. Process the veggies without their broth, until smooth, then add in the cooking broth. Process: > Carrot, celery, onion, and peppers

Next, the cooked potatoes can also be added to the mix. (These are added last, as pureeing potatoes for too long can result in an undesirable, sticky texture.). Process: > The 3 lb. cooked potatoes (cooking water set aside)

Mix the two batches of pureed vegetables and potatoes, plus any remaining cooking water, all together in one pot, adding salt for flavor: > 1 1/2 tsp. salt

To use chipotle peppers for garnish, prepare some extra peppers by slicing a few and microwaving in a small bowl with a splash of water and oil. Garnish the soup with: > Parsley or cilantro > Optional: Chipotle Peppers

Jennifer and husband Tom created The New Deli of Pinole, California in 1985, raising two kids while running the shop. Jennifer produced a cookbook/devotional in the process, From the Land of Milk and Honey. She's also an organic gardening enthusiast, grandmother, and born-again believer, attending Community Alliance Church of Richmond, serving in various ministries there. Jen blogs at From the Land of Milk and Honey and shares cooking tips at her Foodie Blog