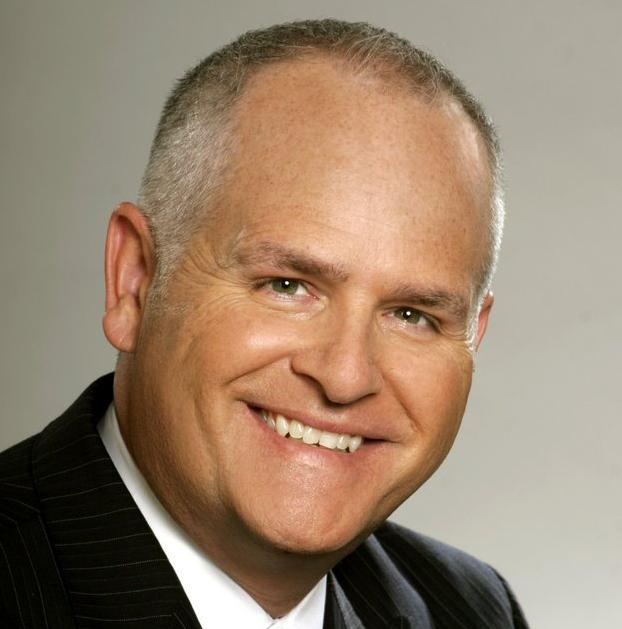 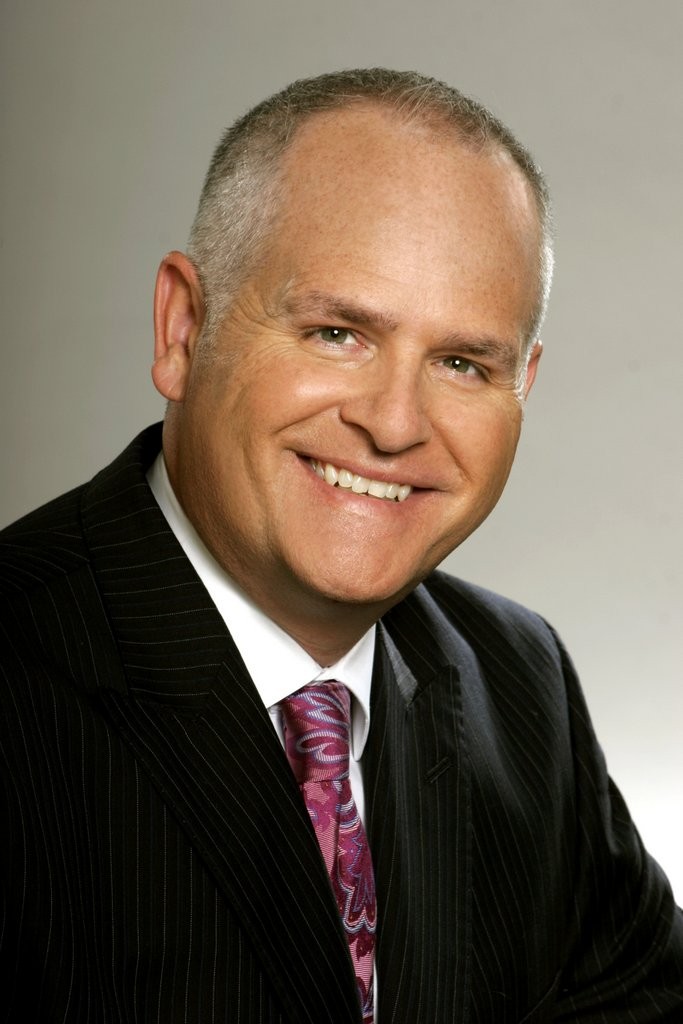 Being a singer is a natural gift. It means I’m using to the highest degree possible the gift that God gave me to use. I’m happy with that.â€ â€“Aretha Franklin

I decided to start this article with a quote from Aretha Franklin. The reason I wanted to start with the quote is all the artists I have interviewed allude to that statement. Chris Allman is no exception.

Southern Gospel music has a wide range of very talented singers. Each group has what they claim to be the best singer, whether it is the lead, baritone, bass or tenor.

Anyone who knows me well knows my thoughts regarding Chris Allman. Since Chris and Mark Trammell and Gerald Wolfe formed Greater Vision back in 1990, I have always felt, and still do, that Chris Allman is the best tenor there is. I have different reasons why I feel that way.

Recently I contacted Chris and asked him if he would be interested in an interview. You canâ€™t imagine how thrilled I was when he said yes. Chris was very willing and almost immediately asked me, â€œWhat do you need?â€ How easy this job would be, if only everyone was as willing.

Chris was born in Burlington, North Carolina and is the son of a pastor. As Chris says on his Facebook page: 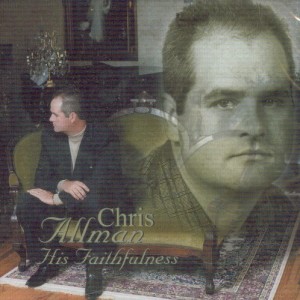 â€œMinistry isÂ all Iâ€™ve really known and itâ€™s been my heartâ€™s desire since I can remember.â€ Chris started singing at nine years of age and was in the choir by 11 years of age. Chris remembers singing â€œHoly Is Thy Nameâ€ as his first public appearance and was backed up by the choir during an Easter service. Chrisâ€™ first taste of group singing was with his family, The Allmans, which consisted of Chris, Steve Lee and Chrisâ€™ sister Robin.

It was 25 years ago when Greater Vision was formed. After a period of about five years, Chris felt the need to make a move. As he says on his blog, â€œI was ready to get away from the road and do some things on my own. I had a very young family at the time and decided it was time to see them a bit more. During my years away, I sang as a soloist for seven years and I felt the call on my life to preach and within the next couple of years planted a church. We were blessed to grow that church to around 275 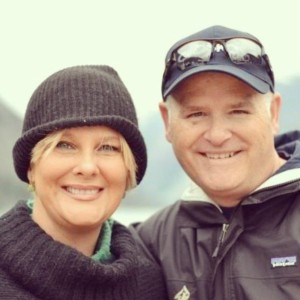 at its highest point. Iâ€™ve realized that the giant steps we took in ministry there would have never been taken if it werenâ€™t for a godly, loving wife walking close by my side and supporting me in every step. So often she gave wisdom that I foolishly overlooked which has certainly cost me more than I care to admit!

â€œAs far as coming back, I knew my time at the church was wrapping up and had even told my wife that I was looking for any door the Lord might open. Four months later, the opportunity to rejoin GV came about and I jumped on it!

Chris is proud of his godly wife and family. â€œI am married to my best friend. Kimberly and I met in the seventh grade. Iâ€™ve loved her ever since. She is a perfect mother to our four children, Dustin, Jillian, Emory and Jules. All of my children have accepted Christ as their Savior and are leading productive lives. We attend Manley Baptist in Morristown.â€ 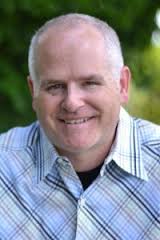 Chris is known for his songwriting skills as well as his superior tenor vocals. â€œMy sister, Robin Allman Riggins, actually inspired me to start writing. Before I went with Greater Vision, she was writing some things and I wanted to do that as well.â€ Chris continues, â€œMy favorite song writer would have to be a secular one: Sting. He writes out of the box, using lyrics, melodies and rhythms that arenâ€™t predictable. Of course I travel with Rodney Griffin, who strives for excellence in regards to his writings. I appreciate how far he reaches to get a story told in a simple but predictable fashion.â€

Chris has a website where he shares whatever the Lord puts on his heart. I asked Chris how many songs he has written and did he have a favorite. â€œI donâ€™t have a precise number but it is over 100. It would be hard for me to choose one favorite but, â€œI Could Never Praise Him Enoughâ€ would have to be first, then â€œAnother Child is Coming Homeâ€ would make it a tight race.â€

Rodney Griffin is the baritone for Greater Vision and has stood beside Chris all these years. He had this to say about Chris. â€œChris is the most consistent tenor I’ve ever heard. He can sit up out of bed and hit a high “C”…crazy! Â Yet, his lower range is just as smooth and pleasing. We’re blessed to have him back!â€

I asked Chris what hobbies he enjoys when he has the time. â€œMusic is my livelihood 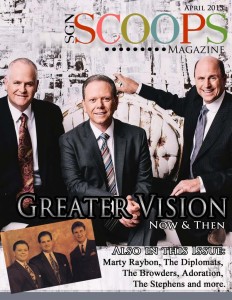 but it is also a hobby of mine. When I am off of the road, I am busy in the studio producing other artists, singing background vocals on other artistâ€™s projects and singing on demos in my home studio. I also keep bees and love to golf.â€

I asked Chris what he wanted people to remember about him, when itâ€™s all over and done with. â€œThat I was a man who strived to be the man God made me to be. I have made terrible decisions and caused pain in the lives of others because of mistakes made, but I have sincerely sought to make every wrong right and have worked diligently to maintain a high standard of integrity. I hope I leave a testimony that influences and touches the lives of others long after Iâ€™m gone.â€

You can find Chris Allman on his Facebook page and on his blog. His songs are also available for viewing. Chris Allmanâ€™s blog: Â Â https://likeiwishidlived.wordpress.com/ 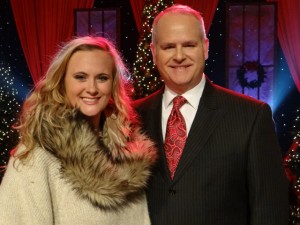 Greater Vision is also the cover artist for the April 2015 edition of SGN Scoops. You can find that issue HERE.

Chris Allman on the web:

â€œI Know A Man Who Canâ€ on You Tube: https://www.youtube.com/watch?v=DdrMZta8CEo