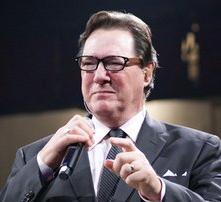 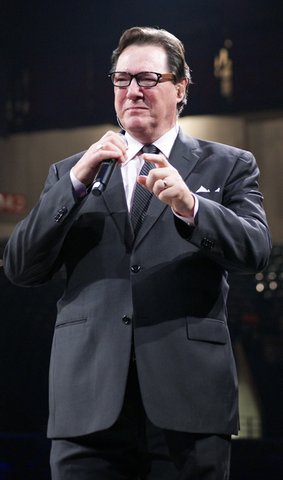 Two or three years back, my wife Judy and I went on a Gospel cruise to celebrate our 40th wedding anniversary.Â Â  The cruise was to the Bahamas.Â Â  It was great! So many talented Gospel groups were aboard the ship: The Kingsmen, the Booth Brothers, Karen Peck and New River, Mark Trammell Quartet and many more. I enjoyed them all, but my favorite was Squire Parsons.Â Â  Squire sang many of his songs, including his huge hit, Sweet Beulah Land. Helping his dad on many of the songs was his equally talented son, Samuel. I think what impressed me about Squire more than some of the other artists, was the fact, that there was no flash or foolishness, but just anointed spiritual singing. I personally find that kind of thing very rare these days. Squire Parsons has tenderness in his voice when he sings. You find yourself in tears as you listen.

Squire was raised in a Christian home in West Virginia. His father, Squire Sr., was a choir director in their home church and Squire learned shaped note singing from him. Squire earned a Bachelor of Science degree in music in 1970. Â  Squire Parsons has quite a resume. Â  Besides being a soloist in church, he has served as interim music director, high school band director, and he became the baritone singer for the mighty Kingsmen in 1975.

When I contacted Squire Parsonsâ€™ office, I was delighted to learn that he was agreeable to an interview. I asked Squire how old he was when he first started singing. â€œI have been singing for as long as I can remember. My dad loved the shaped note music books that were printed. Our home was full of great Gospel music as I was growing up.â€

I asked Parsons how long he has been singing Gospel Music. â€œI have always sung Gospel Music.Â Â  Iâ€™m glad it got ahold of my heart, before Elvis and the Beatlesâ€, he joked.

He continued, â€œI first started in an organized group when I was in college in 1968. The name of the group was The Calvarymen from West Virginia. It consisted of Conrad Cooke and his brother Bernard.Â Â  My brother Virgil eventually joined us in 1970. Jim Humphries was the baritone and I sang lead. Our first recording was the Glory Road, on which was recorded , Conradâ€™s great song, â€˜The Glory Roadâ€™.â€ He continued, â€œThat recording also featured one of my first songs, â€˜Look For Me At Jesusâ€™ Feetâ€™.â€ Continuing, â€œI was a music instructor in public schools in West Virginia for four years, then I joined the Kingsmen Quartet in 1975 and then in 1979, I started my solo ministry.â€

When asked if he remembered his first public appearance as a singer, he replied â€œI do not remember my very first time, but I do remember my knees knocking each time I sang in public for a very long time.â€

I asked Parsons if he ever had any desire to sing any other genre of music, besides Gospel. â€œI was a vocal major in college and considered classical music and pop music of that era; however, there was nothing that could come close to the joy that I experience, when I sing about the Lord in the gospel music style.â€

Parsons says he has about 1100 songs catalogued; however only about 500 have been recorded. He continues, â€œMost of those have been my recordings, either with my solo ministry, or the different groups Iâ€™ve had or been associated with.â€ When I heard that statement, I confess I whispered a â€œwowâ€. 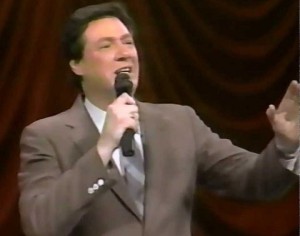 Squire has written many songs. I know many of them and have sung many of them with the different groups Iâ€™ve been associated with over the years, but he is probably known best of all for his great song, â€œSweet Beulah Land.â€ I asked Parsons how â€œSweet Beulah Landâ€ came to be. â€œI wrote â€œSweet Beulah Landâ€ on the way to school where I taught in Manson, West Virginia in 1973. I had been humming an old song that my dad used to sing, â€œis this not the land of Beulahâ€, when the Lord gave me the first verse and chorus. I added the second verse in 1979. I was taking some songs to the Inspirations, when I discovered the unfinished song. Both the Inspirations and the Nelons recorded it in addition to my recording, entitled SWEET BEULAH LAND, which was finished in 1979.â€ In 1981, his song, â€œSweet Beulah Landâ€ was voted Favorite Song of the year by the Singing News. (1)

Parsons musical influences are many. â€œThe Statesmen, Blackwood Brothers and the Prophets and so many other great quartets. Each of them has been a part in my life in gospel music.â€ He continues, â€œThe popular music of that era consisted of the great crooners, like Andy Williams, Perry Como, Sinatra, Bing Crosby, Dean Martin, Tony Bennett and of course, Elvis. It was the great music they sang that influenced me more than their individual lives.â€

Knowing Squire has gone through quite a few health issues, I asked him how he is doing now. â€œI am feeling very well, in spite of some health issues. With the help of my son Samuel and my bus driver and helper, Walter Gordon, I am still able to do a limited number of services each week.â€

When I asked Parsons if he had any plans to retire, he said, (I love this) â€œIâ€™d rather re-fire than retire, but I trust the Lord will let me know when itâ€™s time to park the bus.â€ 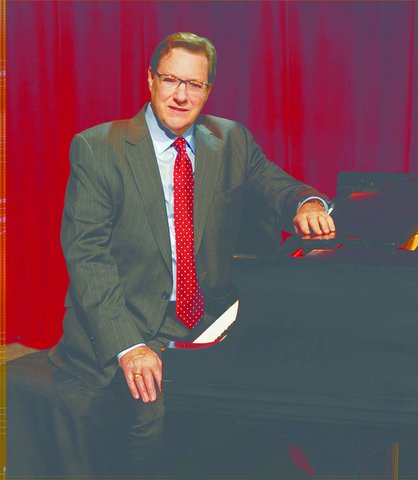 I asked Parsons, what he wants people to remember about him. His quick reply was, â€œIâ€™m just an old sinner saved by grace who loved to glorify the Lord Jesus Christ through Music.â€ He added, â€œI want to thank all my brothers and sisters in the Lord for all their support and prayers over the years.â€

Squire Parsons, in my humble opinion, is the epitome of ministry. He presents the whole package when he ministers. When Squire sings, the listener hears a pure, humble and an anointed deliverance of some of the sweetest music this side of Heaven. I encourage the reader to visit Squireâ€™s website and support this worthy man of God. On his website, you will be able to listen and purchase some of his anointed music.

https://www.youtube.com/watch?v=G34B8ENLv8wÂ Â  Master of the Sea