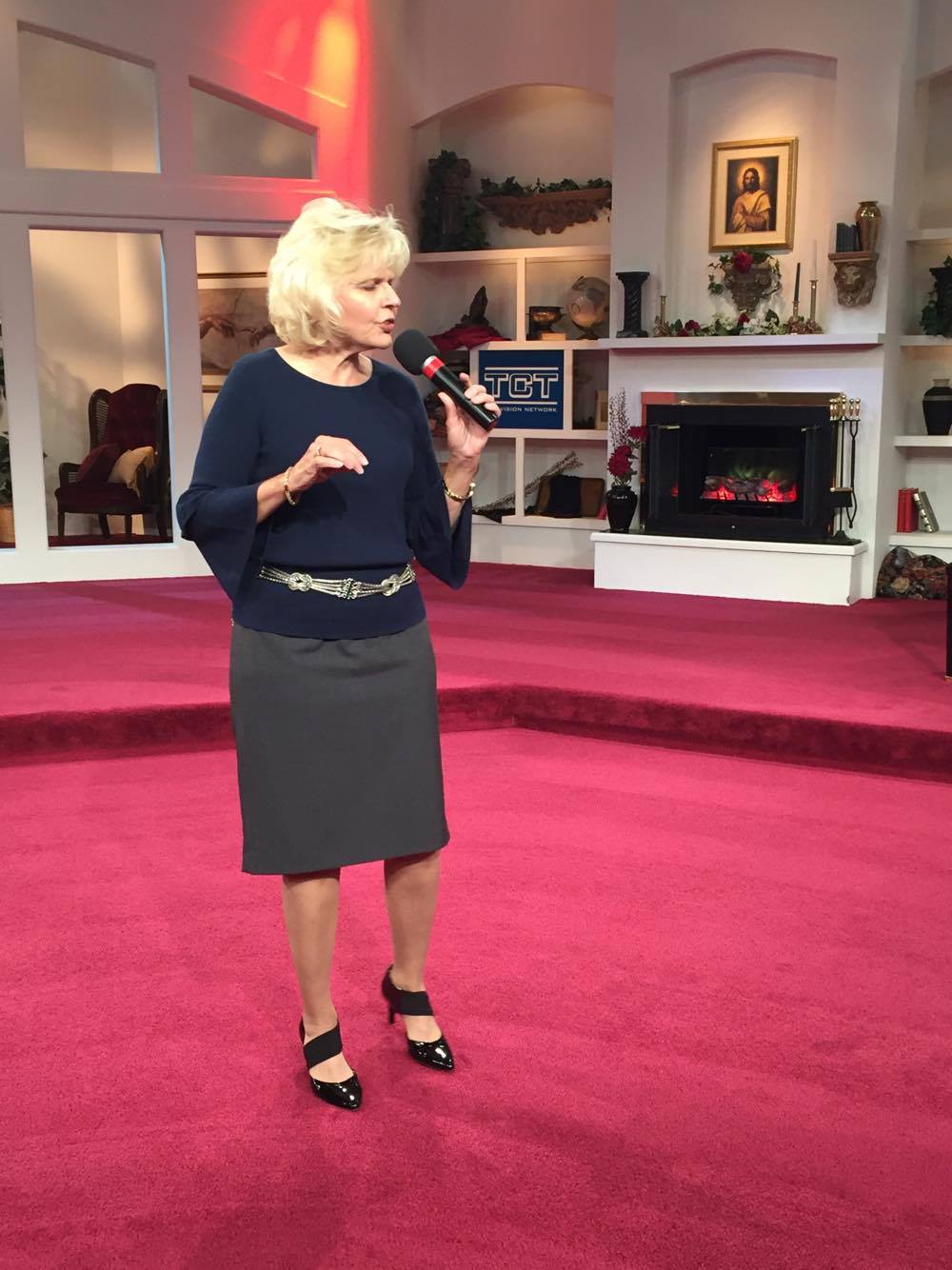 Nashville, TN (August 30, 2017) Soloist Cheri Taylor recently had the opportunity to take her ministry to New York State. She was honored to be the guest musical artist at the Odosagih Bible Conference in Machias, NY. She performed each morning and evening. She was also invited to speak to the ladies luncheon on Tuesday.

While in upstate New York, Cheri had the opportunity to appear on the â€œCelebrateâ€ television show, broadcast on the TCT affiliate in Buffalo. â€œWhile Iâ€™m always excited to participate at the Odosagih Bible Conference, I’ve been asking the Lord to expand my territory in any area He desires to send me. This past week, the opportunity was given to sing on the Celebrate program. The Holy Spirit simply took over the program. I’m so humbled that He chooses to use me to share the gospel through His music,â€ stated Cheri Taylor.

Cheri Taylor currently has a new single to radio, â€œThe Fire Will Fall When The Wood Is Wet.â€ Cheri Taylor released a new album this month, Sing Hallelujah, which was produced by award winning producer Les Butler. â€œIâ€™ve known Cheri for many years and I love her heart for ministry. She is a wonderful communicator of the Gospel,â€ added Les Butler. She is scheduled to appear again in Odosagih next Labor Day. To learn more about Cheri Taylor, go to www.cheritaylor.org.

For more than 30 years, Cheri Taylor has faithfully followed the path that God has set for her in ministry. Blessed with a dynamic singing voice and an exciting stage presence, Cheri delights in a gospel music thrust at concerts and special events to present the Word of God to her audience. Her current album, Sing Hallelujah, was produced by award-winning producer Les Butler.

Since 1998, Cheri has also become well-known speaker as a on a wide range of Christian topics for conferences, retreats and seminars. She is a member of the Conference of Southern Baptist Evangelists, and is endorsed by the North American Mission Board.