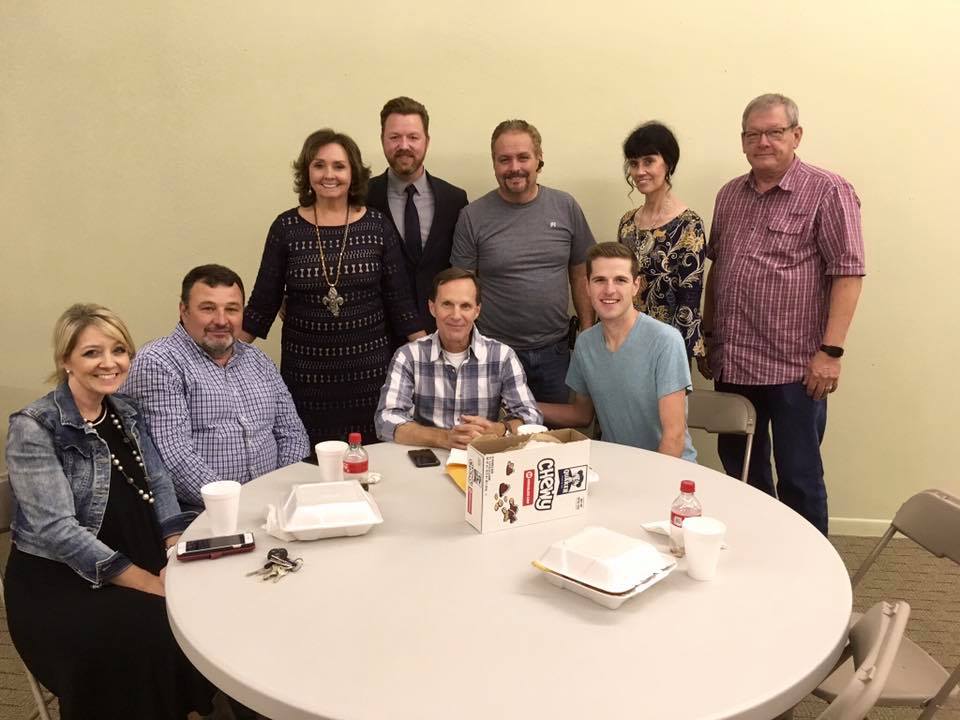 Nashville, TN (August 25, 2017) Butler Music Group artist Sacred Harmony recently finished up a tour across the Midwest. The East Tennessee-based trio was scheduled to appear all across Kansas, including the Rush County Fair, with the Nelons and the Beelers. â€œWe had a wonderful time at the fair. We seldom get to Kansas, but the people treated us like family,â€ stated Brian Scott.

The group had a â€œfamily reunionâ€ while at the New Covenant Church in Smith Center, KS as the Blackwood Brothers joined them for a special night. Wayne Little, tenor for the Blackwood Brothers, is Janet Weaverâ€™s brother. â€œWhat a treat it was to be able to be with them. We donâ€™t get to sing together much due to our tour schedules. This was special,â€ added Janet Weaver.

The group also performed with the Armourheirs Quartet for the kick off to â€œDodge City Days.â€ While in Kansas, Sacred Harmony stopped by historic â€œBoot Hillâ€ in Dodge City, Kansas, and Phillipsburg to attend the largest rodeo in Kansas. â€œWe were able to take our families on this trip, which always makes it easier to be gone and makes for some great memories,â€ added Brian.

The Midwest tour caps off a successful summer for the trio. Sacred Harmony just released a new single to radio, â€œGrave Robber,â€ which is gaining air-play all across the nation. They also recently received the news that they are nominated in the Top 5 for Sunrise Trio and Video of the Year in the Diamond Awards. Fans of Gospel music will have several chances to see Sacred Harmony in the upcoming months as they perform at Songfest, NQC, Dollywood, and Creekside.

See the latest issue of SGNScoops Magazine here.
Visit us on Facebook here.
Listen to Gospel music every day here.