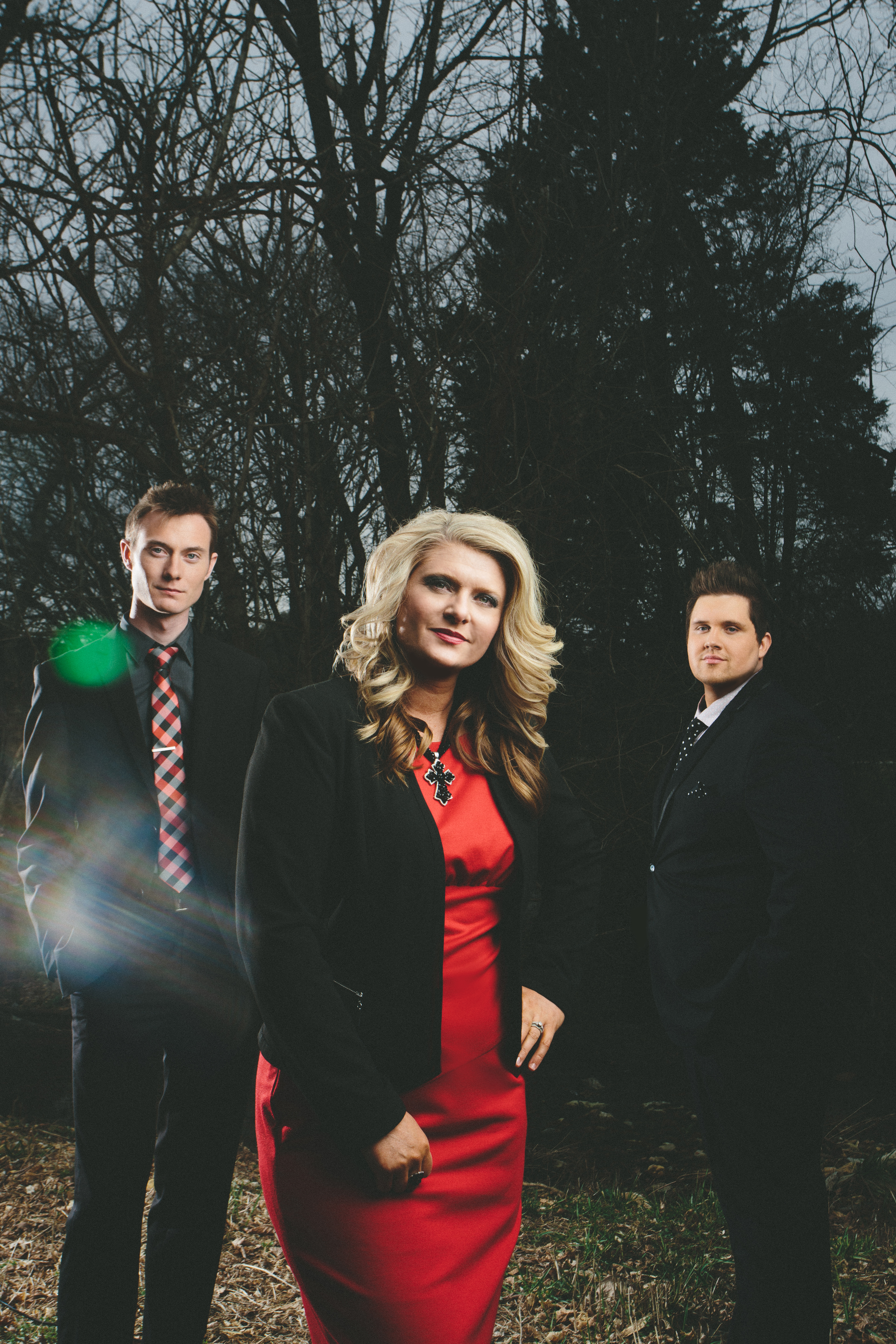 Adam’s Call began in 2012 as a male trio, but became a mixed trio in 2013. Â Bobby Davenport, Melissa DuVall and Riley Dotson have received award nominations for Sunrise Artist of the Year, Christian Country Album of the Year and Video of the Year. This breath of fresh air in the music industry has been watching their songs chart nationally and seeing their schedule grow and expand.

SGM RadioÂ recently asked Adam’s Call to answer our Fast Five questions…
SGM:Â What is the name of your newest CD and newest radio single? What’s your absolute favorite song on this recording?
AC: Our latest radio single is entitled â€œBack to God,â€ which is featured on our brand new album that is currently in production, and expected to release late summer/ early fall. This song could not be heard at a better time! With all of the violence and destruction everywhere we look, it’s clear that there is only one hope for our country and that is Jesus Christ. The song â€œBack to Godâ€ boldly says that we as Christians have to cry out to God like never before, as He is the only thing that can sustain us now.

SGM:Â What song do you wish you had written?

AC:Some of our favorite songs are the songs that have completely ignored the limits of time and fads,Â the songs that are anointed and carry a message that is absolutely timeless.Â When I think of those things, my mind immediately goes to people like Mosie Lister and Albert Brumley.Â But if there is one song I would have loved to have written, it would be: â€œSheltered in the Arms of God,” by the songstress herself, Dottie Rambo. For us it just doesnâ€™t get any better than that!

SGM:Â You have finished the concert, finished eating, driving down the highway…what are you doing?
AC:Most Likely listening to a new episode of â€œCold Caseâ€ and trying to solve the mystery before the end, or keeping up with what is happening in the world on Fox News on our satellite radio.
Â
SGM:Â You have stopped the bus because a big turtle is crossing the road. Which one of you gets off to usher it to the other side?
AC: Most likely Riley! He has quickly become the Go-Getter and takes care of all of the little quick stops, like running into a store to get batteries and water. He already has some experience shooing animals out of the road, after a recent trip to a Florida tourist stop whereÂ peacocks enjoyed standing in the middle of the road. Next time you’re at an Adams Call concert, ask him to show you his “Peacock Callâ€.
Â

SGM: What is your favorite song to sing and why.

AC:You know it really changes from night to night. When you’re on stage and see the audience connecting with a song, or see tears falling because someone can relate to the message, it becomes a priceless moment, and those times are our favorite!
Please be sure to visit Adams Call on Facebook and on the web, and attend an Adams Call concert near you!
Visit SGN Scoops website for more Fast Five features.
For more Southern Gospel news, click here.