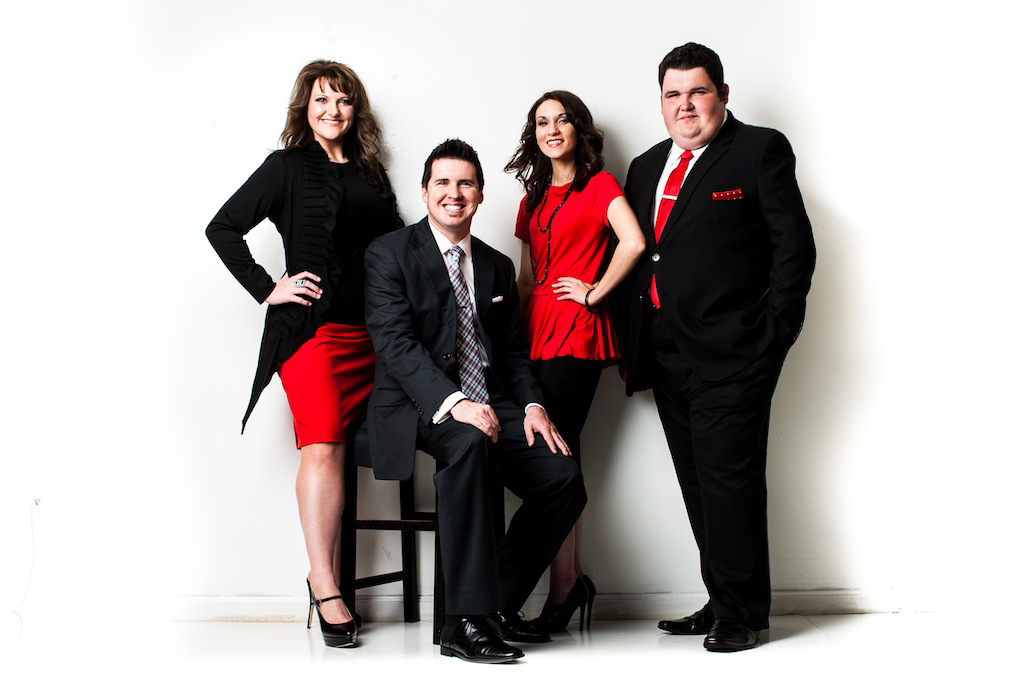 The 2015 Diamond Awards are swiftly approaching, and to re- acquaint you with 2014 winners, we are re-posting features from these artists. In 2014, new trio 11th HourÂ was the recipient of theÂ Sunrise Award for new, up and coming artists. We hope you enjoy this feature on 11th HourÂ from the SGN Scoops issue of October 2013 by Dixie Phillips.

Gordon Mote is very excited about the gospel group, 11th Hour. He believes their unique sound and dynamic blend make them the group to watch. â€œIn my opinion, 11th Hour is one of the best young groups the industry has seen in a very long time. Their energy is contagious and their talent is undeniable.Â God certainly has His hand on those kids.â€

Others in the Gospel Music Industry are recognizing their talent and potential, as well. 11th Hour received great exposure when they had their very first time performance on the Main Stage at NQC in 2013.

Amber Eppinette founded 11th Hour almost seven years ago. Those who know Amber are always deeply touched by her servantâ€™s heart. When asked where her ministry bent came from, Amber said, â€œIâ€™m a pastorâ€™s kid. My father is still a pastor. He has pastored his present congregation, Harmony Baptist Church in Bastrop, Louisiana, for 23 years.â€

Amber learned to sing at an early age at her home church. Her family managed Pure Heart, a SouthernÂ Gospel group, which consisted of her mother, father, Uncle Heath, Aunt Fran, Granny Lola, and a live band. Amber insists, â€œIt was such an amazing experience. Nothing like sharing the stage with your family.â€ Amber started singing and traveling fulltime at the tender age of nine. â€œI sang with them until I was 14. Then I began my solo career in Contemporary Christian Music, but my heart was drawn back to my Southern Gospel roots.â€

At 16, Amber attended a revival service. During the meeting, she sensed God calling her to start 11th Hour with her best friend, Candice Jordan. (Candice recently resigned from the group to join her husband in youth ministry.) Even though the group has gone through a few changes in the past couple years, Amber clings to the One who never changes and believes the best is yet to come for 11th Hour. â€œGod has brought us so far and I look forward to what else he has in store for us. Itâ€™s an honor and a thrill to be able to travel and tell people why and how much we love Jesus. We have seen many souls saved and many hearts encouraged, including our own. We are humbled and honored to be used by our Savior. He is worthy of our praise.â€

A wise minister once said, â€œBlessed are the flexible for they shall not get bent out of shape.â€ Managing a music ministry can be an arduous task. Life has a way of bringing many changes, but Amber has learned the art of letting go and letting God form the group He desires through every season of the groupâ€™s existence. Amber was thrilled when the Lord sent Grant Gibson from Jasper, Alabama, to join the group nine months ago. Grant is only 27 and a 2011 Liberty University graduate. He started singing in his home church when he was 13. Grant shared, â€œI attended a Gold City concert in â€˜99 and from then on, Iâ€™ve a deep love for southern gospel music. Fans love Grant and often comment about his big heart for ministry and missions. Amber is the first to affirm him. â€œGrant is the real dealâ€”talent-wise and in his Christian walk. Heâ€™s been very active in missionsâ€™ trips with his home church, Gardendale First Baptist in Gardendale, Alabama.

Ethan Allen plays the bass guitar for 11th Hour. Heâ€™s originally from Monticello, Arkansas, and is only 23. Just like Amber and Grant, Ethan comes from a musical family. He started playing bass guitar when he was only 11 and has faithfully played for many worship teams and special musical events at his home church, Oak Grove Assembly of God. Amber is grateful for the ones God handpicks to be a part of 11th Hour. â€œI canâ€™t believe Ethan has been with the group for three years already. He is such a team player and mega-talented. Not only does he play bass, but he plays the guitar and drums, too. Ethan is also a gifted singer. Heâ€™s just a man of many talents.â€ Amber is quick to point out that as impressed as she is with Ethanâ€™s talents, she is more impressed with his heart. â€œHe has such a brother (protector) heart for the group. We are thrilled for him to be a part of our group.â€

11th Hour is a group united in their mission. They agree their ultimate goal is to see souls saved, encourage hearts, and sing songs that usher in the presence of God in their concerts. Amber takes the Call of God on their lives and ministry very seriously. â€œWe realize we are all carrying a very precious Gospel that has the power to change lives and cause broken hearts to beat again. The group does their best to never take it for granted and share the love of Jesus whether weâ€™re on a stage or at a restaurant.â€

The groupâ€™s latest project, Steppinâ€™ Out, contains two original songs written by Amber. She hones her songwriting skills every chance she gets and was thrilled to co-write with Dianne Wilkinson and Joseph Habedank. â€œThey are my favorite writers in Southern Gospel. I may be a little partial to them because I just love their style and heart.â€

Amber shares how the songs and name of their latest project could not have been more accurate at the point and time in 11th Hourâ€™s lives. â€œWe had just signed with Crossroads Music and firmly believed now was the time to â€œstep outâ€ for Jesus. The theme fit right into what God was teaching us. Not only do the songs minister to the people we sing them to, but they touch our hearts too.â€ Fans will be happy to know 11th Hour plans to be in the studio by November to record a new project. The group is praying about the songs they are to record and the theme of their new project.

Each member of the group admits to being influenced by various strains of Southern Gospel. They love all styles from traditional quartet to progressive southern. When you hear 11th Hour, you canâ€™t miss the influence of The Crabb Family and the earlier years of The Martins.

The group is determined to not let all the attention they are receiving to change who they are. They work hard at staying balanced. When they arenâ€™t making music, you can find them spending quality time with their families.

A gospel group will not last long without a great sense of humor. 11th Hour has learned the art of laughing at themselves. A couple of their most memorable performances for them were when Amberâ€™s piano fell down on her toes right in the middle of her song and another time Ethan dropped his bass in the middle of the song. Somehow they stifled their laughter and finished their concert.

When each group member was asked, â€œWhat is God presently teaching you?â€ Amber quickly replied, â€œWho I really am in Christ and what my life purpose truly is.â€

To find out if 11th Hour is ministering near you, check out their schedule at www.11thhourgospelgroup.com. Youâ€™ll be glad you did.

For an update on 11th Hour, check out the June 2014 SGN Scoops cover story by Marcie Gray!

Vote for your favoritesÂ on the 2015 Diamond Awards!

Dr. Jeff Goff and Little Jan Buckner Goff will be the guest hosts for the 2015 Diamond AwardsÂ ceremony to be held on November 3, 2015 during the Creekside Gospel Music Convention at the Smoky Mountain Convention Center.

Creekside Gospel Music Convention is being held on November 2nd through 5th at Pigeon Forge, and fans are encouraged to reserve their tickets early. For ticket and lodging information, contact Rob Patz atÂ rob@sgnscoops.comÂ or 360-933-0741. For more information visitÂ http://www.creeksidegospelmusicconvention.com/