The Cross as Seen by Artists and Pastors 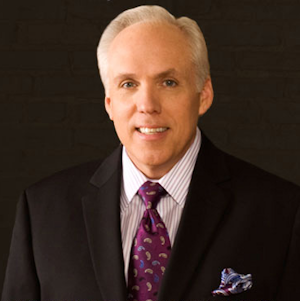 The symbol of the Cross brings hope to some and derision from others. For the Christian, it represents freedom, a bridge, healing, and redemption. SGM Radio asked several pastors and artists about their view of the Cross.

Rev. Mark Trammell, The Mark Trammell Quartet, Gadsden, Alabama: â€œThe Cross to some is a symbol of shame, defeat and the end result of one’s misdoings.Â  The Cross to the so-called church world is losing its rightful position because many of the clergy in the world have been verbally beaten and molded into nothing more than an average Sunday school teacher by their parishioners because they say the story is too bloody.Â  But, the reality is, whether or not we have nerve enough to do it, the Cross is STILL the centerpiece to our lives, and it must continue to be preached. 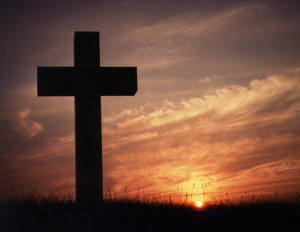 “Without the finished work on the Cross of Calvary,Â mankind would be in a hopeless, helpless state.Â  The Cross of Christ is a symbol of perfection and completion.Â  Christ finished his earthly works in a grand incomparable fashion by demonstrating his unconditional love for all of us on the Cross.Â  To elect to no longer preach, sing, or talk about it would be blasphemous at the very least and I believe that those who bow under the pressure will have the blood of lost souls on their hands when they stand before God.â€

Rev. Gene Clarke, Associate Pastor, Bethel Gospel Tabernacle, Hamilton, Ontario: â€œThere is no disputing the fact that the Cross is the central emblem of the Christian faith. Â  For the follower of Christ it possesses a sacred beauty, which is interesting because of the disdain the Cross was shown in the ancient world. Hymn writers such as Fanny Crosby have captured our marvel with words such as, â€˜When I survey the wondrous Cross on which the Prince of Glory died, my richest gain I count but loss and pour contempt on all my pride.â€™ These writers understood, as should we, that in the Cross we have displayed before us the wisdom of God. Oswald Chambers wrote, â€˜All heaven is interested in the cross of Christ, all hell is terribly afraid of it, while men are the only beings who more or less ignore its meaning.â€™ It is to our peril to ignore the Cross because Godâ€™s greatest work on our behalf is affected there. The cross is not a â€˜pit stopâ€™ where we casually look and move on, it is a resting place; a place of meditation and Godâ€™s working.

“Here is the wisdom: Â Paul says in 1Corinthians 1:18, â€˜For the message of the cross is foolishness to those who are perishing, but to us who are being saved it is the power of God.â€™ First of all, the cross tells us that we need a Savior. In spite of the modern mind and its â€œIâ€™m ok, youâ€™re okâ€ belief in humanity, the Scripture says differently. Our hearts and our natures are flawed and soiled by sin. Â  We are not good enough as we are for a Holy God. We need a Savior. Secondly, the cross reveals that sacrifice is the way to gaining things of eternal value. Jesus revealed this paradox to us by His example and teaching, when you lay down your life, you gain it. If our lives are consumed with getting in life, we will ultimately lose life. Finally, the cross is a means of our transformation, hence, the call of Jesus to â€˜take up your cross and follow Meâ€™. The pride that infects and cripples us is laid there. Cultured and educated people have sincere and genuine hopes of utopia, society has devised its plans and passed its laws to make things better, but are they? Â  We may be better educated but have we attained a higher and purer morality? The truth is that our hearts need to be changed and only bowing before the Christ of the cross can do that. I remember having the privilege of singing in a quartet when I was just 14 years of age. We didnâ€™t garner many accolades but God did imprint on our minds some powerful truths. Â  I can still quote the first words of the very first song we ever learned â€“ the words were â€˜Kneel at the cross, Christ will meet you there.â€™â€ 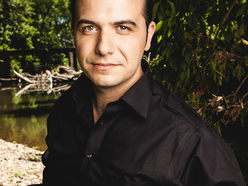 Rev. Kevin Mills, Solo Artist, Former Associate Pastor of Prairie Community Church, Portage La Prairie, Manitoba: â€œTake a moment and think back in time about a particular individual who stands out in your mind, who seemed to do whatever they could to bring hurt into your life. Maybe they mocked you, maybe offended and antagonized you in the most sensitive areas of your life. Now imagine giving your all for that person. Not only sacrificing your time, and money, but possibly your life as well.

“Hard isnâ€™t it, and yet this is what Christ did for us on Calvary, â€˜In that while we were yet sinners Christ died for usâ€™. In that while we were doing that which mocked, offended and was absolutely repulsive to Him, Christ loved us so deeply He gave His life on Calvary. What does the cross mean to me? Amazing Love, and un-merited Grace handed down to man from an Almighty, all-loving God above.â€

Rev. David Hill, The David Hill Trio, Ridgeville, South Carolina: â€œThen said Jesus unto his disciples, â€˜If any man will come after Me, let him deny himself, and take up his cross, and follow Me.â€™ (Matt. 16:24)Â  Iâ€™ve read this verse hundreds of times and until recently it had never hit me.Â  What did Jesus mean by saying, â€œtake up his crossâ€?Â  Iâ€™ve heard many different things.Â  Iâ€™ve heard people talk about their burdens and say, â€œWell, this is the cross I must bearâ€.Â  Is that what He meant?Â  Let me offer another perspective. 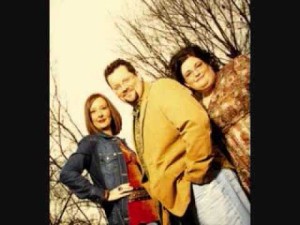 In Jesusâ€™ day the cross was a tool of execution.Â  If we could move this statement into 2007 maybe it would sound like this, â€œlet him deny himself, and take up his electric chair, and follow Meâ€.Â  I donâ€™t believe that the Lord was speaking of burdens in Matthew 16:24.Â  I believe that Jesus was telling us that if we really want to follow Him, we must forget about ourselves, be willing to be executed for the cause of Christ, and then follow Him.Â  That is such a foreign concept to us that live in a place where our persecution consists of not much more than some name calling.Â  What if singing those gospel songs and preaching those gospel messages were an offense that was punishable by execution?Â  Would you still do it?Â  Wow, what a verse!â€

Pastor Chris Couper, Associate Pastor atÂ Evangel Community Church, Chatham, Ontario: â€œOur world is full of words and definitions and opinions. In light of this, I often sift through my personal beliefs, which can be affected by this abundance of information, to see if they still line up with Scripture. About 10 years ago in one particular â€˜siftingâ€™ session, I realized that my understanding of the purpose of the Cross had somehow fallen short. Â  I recognized its sacrifice, its power and its victory but I was missing something. 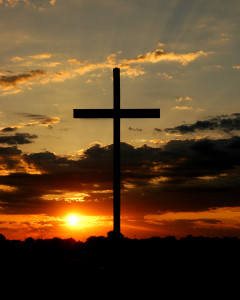 “These two thoughts are worlds apart. The Cross is a means to an end. The fact that the believer is declared righteous, again, is only a means to an end. Â  The â€˜endâ€™ is found in having a working relationship with Christ, which can only come by being declared righteous. Â  What if the entire world accepted the sacrifice of the Cross and was declared righteous? Great! But what if God then decided to move on to another universe and leave us in our righteousness? What value would the victory over sin have? The declaration of righteousness is not a trophy or a decoration; itâ€™s our ticket to God. Itâ€™s our ticket to His Throne and to His warm embrace. The primary mission of the believer is to take advantage of the primary purpose of the cross every day.â€