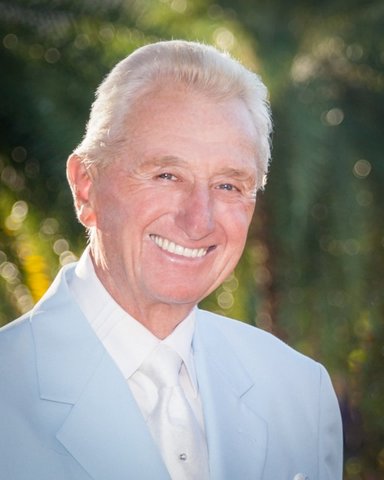 The year was about 1967. I drove over to PVCS high school, in my city of Peterborough, to hear a group called the McDuff Brothers. The McDuff brothers consisted of John, Colman and Roger McDuff.Â  Playing piano for the group was a young man, which I later learned was born in Canada! His name was Lorne Matthews. As a fairly new Christian it seemed as if every song sung and every note played were for me only. I vividly recall watching this talented young piano player play with such ease.Â  It seemed as if his fingers flowed over the keys! The other thing I remember was the smile that was constantly on his face. It was during this time period that God was working in me and He instilled a love for this wonderful style of music. I loved the singing and I loved the piano playing. Lorne Matthews, with his contagious smile, made a huge impact on a young Christian man.

I had the privilege to talk with Lorne Matthews on the phone recently. We chatted a bit, and I learned a lot about this talented man of God. Lorne told me, â€œI was about 10 years old when I first started getting involved with the piano. I think my first public performance was playing for a ladies group called the Batten Sisters.â€ This was in a church in Toronto he recalled. â€œLater on, I played for a group called The Sons of Praise. Realistically, this was the first time that I got involved with quartet-type music.â€

Lorne has many of the Gospel greats as his musical inspirations or heroes. â€œThe Blackwood Brothers, the Statesmen and Henry Slaughter all had a great influence on me as I got involved with the business.â€Â

Lorne was born in Toronto, Canada.Â  He studied at the Toronto Conservatory of Music and at London Bible College. His first exposure to Gospel Music was with the Benson Brothers Quartet, during the 1950â€™s. From 1959-61, he was a member of the Kingâ€™s Men Trio, the first professional group he was with.

It was during this period, that Lorne married his sweetheart, Jimmie Ruth, in December of 1962.Â  Lorne and Jimmie Ruth decided to move to Canada, because of his involvement with the Kingâ€™s Men. Later, while still in Canada, Lorne joined the group, the Salton Brothers. Lorne recalls, â€œI think the Salton Brothers were Canadaâ€™s first full time group. The Salton Brothers had a weekly Gospel Music show.Â  I believe it was the first TV show of this type in Canada.â€ After the Salton Brothers, Lorne joined the McDuff Brothers. He was with the McDuff Brothers from 1965-1967.Â  During this period, their son Mark was born in London, Ontario.Â  â€œWe decided to move to the USA because we thought there may be better musical possibilities there.â€

With all the different groups Matthews has played for, I asked him if he had any favorites. â€œWithout a doubt,â€ he quickly replied. â€œThe McDuff Brothers. This dedicated, anointed group taught me and showed what ministry really is.â€Â

One of Matthewâ€™s memorable moments was playing the piano for David Mainseâ€™s very first TV program, in Pembroke, Ontario. The year was 1962.Â  David Mainse is well known in Canada for the Gospel Program, 100 Huntley Street. Mathews also served in several church positions during this time period.Â  He had a short stint with the Landmark Quartet, before joining the prestigious Cathedral Quartet in 1971-72.Â

He also toured with his own family, Jimmie Ruth, Mark and Melody.Â  The Matthews family recorded several instrumental and vocal recordings during this period.Â  In 1979 he returned with the Cathedrals for a short stay.

After this period, Lorne, Roy Tremble and George Amon Webster joined together, to form the Brothers Trio. I contacted Roy Tremble to ask him about Lorne Matthews.Â  â€œLorne is probably one of the most talented people Iâ€™ve had the pleasure of working with. Iâ€™ve been doing this for almost 50 years and heâ€™s got to be the best piano player I ever worked with.â€Â  He continued, â€œLorne was writing some great songs back then.â€ While talking with Roy Tremble, he joked, â€œJust donâ€™t ever let him drive, especially on snow and ice.â€Â

After the Brothers Trio disbanded, Lorne concentrated his focus on his solo album Keyboards for the King Ministry, along with his wife, Jimmie Ruth.

While working on research for this article, I was totally blown away by the different tributes and awards Lorne Matthews has received. With the space that Iâ€™m allotted, it is impossible to list them all here. One of the more memorable moments for Lorne was being inducted into the Piano Roll of Honor Hall Of Fame in 2003.Â  Also in 2003, he was presented with the living legend award for over 45 years in Gospel music.Â  Matthews had the honor of playing piano for President Ronald Reagan, for his first congressional prayer breakfast.

In 2006, Matthews went to Nigeria, where he performed for over eight million people all at one time and at one place.Â  He also performed with the McDuff Brothers during this concert.

Today, Lorne and his wife Jimmie Ruth are hard at work with Keyboards for the King Ministry. The Matthews home base is in Lakeland, Florida; they often spend the summer months working the Northern states and visiting their family in Ohio.Â

This is a breakdown of Lorneâ€™s busy life and ministry: