The Talleys â€“ A Family Affair 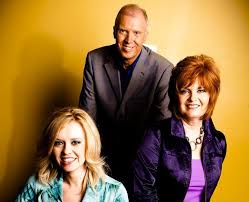 By Dixie Phillips and Lorraine Walker 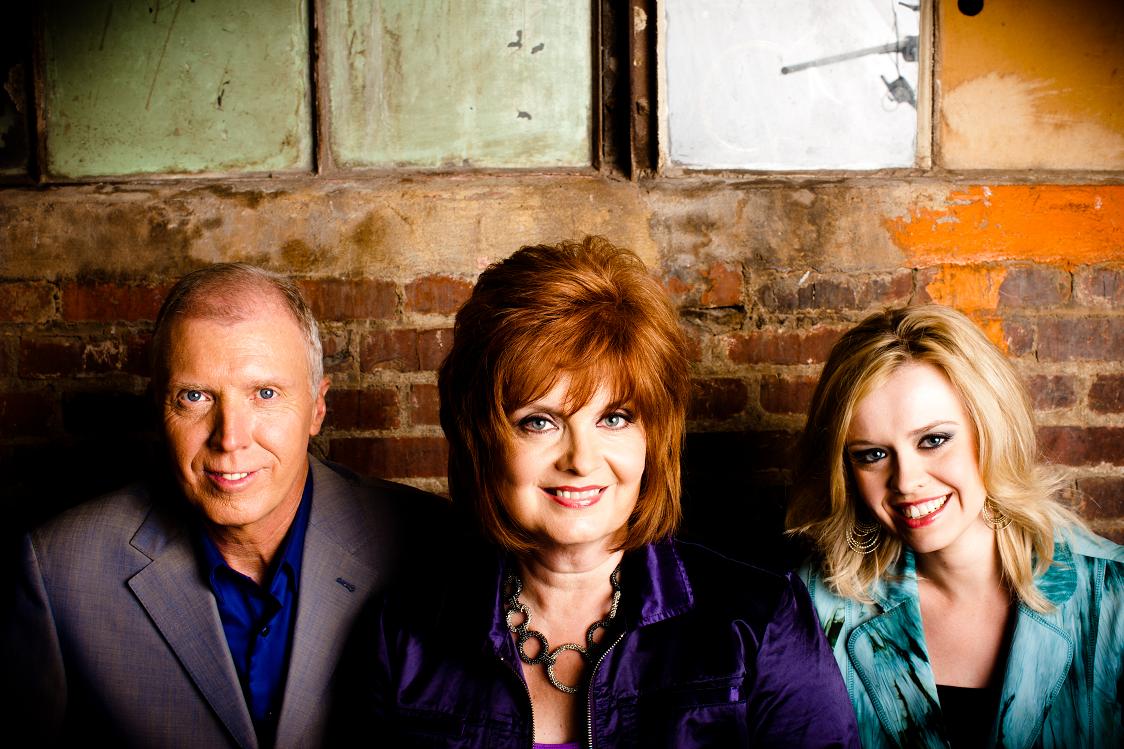 The Talleys unmistakable sound, progressive southern gospel style, and ministering hearts have made them a fan favorite and one of the most respected groups in the gospel music industry. Their accolades include ten number one singles, Dove Award nominations, Singing News Fan Awards, the Southern Gospel Music Guild Harmony Honors, the BMI Awards, SGN Music Awards and the honors arenâ€™t stopping. They keep rolling in. Although the group is noted for their powerful vocals, tight harmonies, smooth blend, and dynamic arrangements, colleagues insist The Talleysâ€™ hearts are just as pure as their sound. {Editor’s note: This feature was first published in September 2013 in the SGN Scoops digital magazine.]

The group believes in giving back and pouring into the lives of others. Every year Debra and Lauren are heavily involved in teaching at Steve Hurst School of Music (SHS). Students come from across the United States to study under them. Gary Casto, lead singer and manager of Tribute Quartet, tells us, â€œDebra and Lauren are incredible teachers and have been instrumental in making SHS very successful.Â  Their knowledge of vocal performance has benefited the students, as well as our industry.â€

Casto considers it an honor to know this incredible family. â€œThey have set the bar high for many years and have paved a solid road for other artists to follow.â€Â  Casto has also enjoyed working with Roger in the studio on numerous occasions. â€œHe demands musical excellence and at times it can be quite challenging. He will always push artists to work their hardest. He insists they come up a level, but when he is finished, they always have a product they are proud of.â€

Lauren has periodically provided vocal and performance coaching for groups and individuals.Â  She is proud that many of her students have developed into amazing performers and communicators. â€œWhen I am coaching, my purpose is to take the artistâ€™s gifts and help them tap into their hidden potential. They hit notes they never dreamed they were capable of and learn the art of communicating a song. I never get tired of seeing the newfound confidence on their faces. It is the greatest feeling in the world.â€ Laurenâ€™s clientele include: Susan Whisnant, The Browns, The Beene Family, Jody Brown Indian Family and most recently she coached 11th Hour in preparation for their first NQC performance. â€œI am extremely proud of them all!â€

When a student at SHS heard The Talleys sing in concert for the first time, she was deeply moved by their heartfelt performance and humility. She remarked, â€œFew gospel groups have left their mark and reached the pinnacle of success The Talleys have, yet they maintain lives of integrity and humility. Itâ€™s evident they believe what they sing.â€ 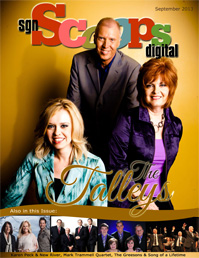 Sheri Thrower has been a teacher at Steve Hurst School of Music for ten years. She has worked closely with Debra and Lauren. â€œI donâ€™t consider them just co-workers, but genuine friends. If I could use two words to describe Debra, it would be â€œWorld Class.â€ She always carries herself with grace and dignity, and is a great encouragement not only to the SHS students, but to our staff, as well. She portrays beauty from the inside, out. I love her like family.â€

Thrower considers the mega-talented group a beacon for all artists involved in gospel music. â€œTheir tenacity, love, and heart for people is evident in everything they sing and do. They are stellar musicians. In a world where families are falling apart, they remain strong and secure, pointing others to the Good News of Jesus Christ.â€

Fans were elated with the variety of songs on The Talleyâ€™s spring 2013 release The Ultimate Collection. Debra had a difficult time choosing a favorite song on the project. â€œWe’ve been blessed to have so many great songs I couldn’t pick one. The songs are all special because they have come at different times. God sends them just when we have a need to convey a specific message that’s on our hearts. It’s amazing how He works.â€

â€œHeâ€™s Aliveâ€ is Rogerâ€™s favorite from The Ultimate Collection.Â â€œIt’s one of the most cleverly written songs, lyrically and musically, I’ve ever heard. Songs like that only come along every generation or so.â€ He says his favorite song to perform live is â€œAmazing Grace.â€ â€œIt never fails to get a huge response no matter where we sing it. Â We have a unique arrangement that takes people on a musical and emotional journey from a quiet beginning to a triumphant ending.â€

The group is determined to continue discovering great songs that have eternal truths, work harder than ever to present themselves to the best of their ability, and be genuine in their relationships with people, including their family members. They believe if they will take care of the things they can do, God will take care of the rest.

Lauren is proud of her husband of two years, Brian Alvey, especially his servantâ€™s heart. â€œHe is my biggest encourager and incredibly talented in his own right. He doesnâ€™t have to take a backseat to anyone. He penned three songs on our Love Won project and is a great asset to our family.â€ The couple are quick to protect their marriage and work very hard at keeping the home fires burning. They enjoy cooking dinner and watching videos together. â€œJust spending quality time with each other is a fun night at the Alvey house!â€ Part of that quality time includes football, for Lauren is an avid fan of the NFL. She already has the winner of the Super Bowl in mind: â€œI’m picking my favorite Player, Peyton Manning, and the Broncos to win it all…. whomever they play!â€ 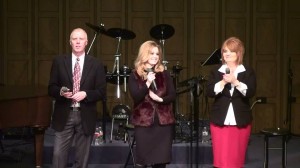 Gospel Musicâ€™s biggest event, the National Quartet Convention, is the biggest event of the year for the group. They are usually booked heavily during the week, singing three nights and sharing in a showcase or two. In addition, there are sound checks, the awardsâ€™ shows, Compassion International breakfast, Gospel Greats interviews, television interviews, Bill Gaitherâ€™s Sing-a-long, and the Choral Clinic.Â  â€œI enjoy visiting with friends and reconnecting with artists that we seldom work with. However, I seldom hear anyone else sing unless I make an appointment or go in and hear one of the groups I work with. We have to have schedules posted everywhere to make sure we don’t go to the wrong place. Â By Saturday, we’re lucky to know our name!â€ Roger admits the busyness makes it difficult to receive spiritual refreshment. â€œItâ€™s hard to get settled down enough during NQC. Usually it comes in a conversation with someone sharing what God is doing in their life.â€

The Talleyâ€™s hectic schedule doesnâ€™t end with NQC. The group has a fifth trip to Norway planned in March 2014. They also have a gospel music cruise scheduled with Tribute Quartet, The Easters, The Hoppers, The Whisnants, and Ivan Parker, in November with Abraham Productions. The entire family agrees, â€œWe look forward to the great Christian fellowship with other groups.â€ â€œOne of the best trends I’ve seen in my 35 years in Gospel Music would be the ever increasing number of really good, sincere people who are singing for the right reasons,â€ says Roger. â€œI count it a real joy to be a part of this field of music.â€Â

As busy as they are, The Talleys always remember their roots and take time for causes close to their hearts. Debra is an active board member with The Veranda, a respite daycare at College Heights in Gallatin, Tennessee. Caregivers bring their loved ones with Alzheimerâ€™s, dementia, or any other condition requiring a caregiver, to the Veranda for three or four hours. The staff ministers to the patientâ€™s needs while the caregiver is able to have a much-needed break or tend to business matters. Debraâ€™s heart shines through as she shares how personal this cause is to her heart. â€œRogerâ€™s mother had Alzheimerâ€™s and his father suffered with dementia. We know first-hand what a ministry like this means to families like ours.â€ In December, The Talleys will host a huge Christmas event with a dinner and a concert to benefit the Veranda.

Lauren is also striving to achieve her own personal ministry goals. She is performing more solo concerts, writing her second book, and the Lord is opening more doors for her to speak at womenâ€™s conferences. â€œExpanding that part of my ministry is definitely a goal of mine. I look forward to do more coaching, too.â€

Roger enjoys working with other artists on recording projects. â€œI have produced the last three mainline projects by Tribute Quartet. They are great guys, hard workers, and so much fun to work with. I am especially proud of their very first number one song, â€œGood News from Jerusalem.â€ Roger adds that there are many groups with a great sound and he enjoys assisting artists to develop that sound. â€œI think the key is knowing who you are, finding what style works best for you and constantly striving to perfect it without losing your identity.â€

Debra hopes to write another book. â€œI just released my first book, God Moments in an Ordinary Life. After I finished it, Iâ€™ve thought of other stories I wish I had included. So Iâ€™ve started another list of inspirational God moments I want to include, but I guess I need to sell a few more of the first ones before I start another one.â€ She also enjoys honing her songwriting skills. â€œI have been honored to write with some great people like Joel LIndsey, Geron Davis, Rodney Griffin and Rebecca Peck.â€ As for future song writing partners, Debra says, â€œI love Marty Funderburke’s writing style as well as Lee Black and Kenna West, Jim Brady, and Dave Clark. I don’t think they would need me to write with them, but it would be an honor.â€Â 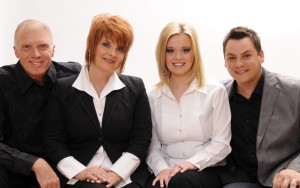 Fans will be thrilled to know The Talleys are working on a new release for later in the year. They donâ€™t have an official title yet for the project, but Debra gave us a sneak peek of what we can expect. â€œThere will be several classic songs with a few new ones tucked in.â€

The Talleysâ€™ favorite pastime is counting their blessings. They all agree their family is their greatest asset and feel extremely blessed to be able to do what they do with the people they love the most. Along with these blessings, Lauren adds, â€œHis incredible grace. And pizza, sweet tea and football.â€Â

To find out more about The Talleys and their touring schedule, visit their website at www.talleytrio.com.