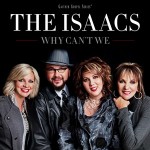 I bought quite a few albums recently, mostly via iTunes, out of convenience or laziness like some would call it. And thatâ€™s fine, because laziness is the effort one makes to be as efficient as possible.

Now, all of these are great artists and all great albums; some I owned already on vinyl, and some I didnâ€™t.

Iâ€™m a real music-freak. I love shows like Elvis Costelloâ€™s â€˜Spectacleâ€™ where Costello has great in-depth interviews with all kinds of artists, who influenced who, and why; what songs they cherish, grew up on, etcetera, and what they want to say with the music.

Most of the interviewed answer to the last question was that they want to entertain people and that they need a creative outlet which they found in music. Outlet must equal inputâ€¦..right?

I can relate to that; how miserable life would be without music. Of course thereâ€™s more to life than music alone, but Aldous Huxley once said; â€˜After silence, that which comes nearest to expressing the inexpressible is music.â€™ And that is true in my life as well, some emotions and problems seem only to be accessible, or solved, by a piece of music. By no means am I suggesting that emotional imbalance/struggles/problems will vanish. But most struggles/problems/worries/fears are deeply rooted in our mind or in the brain. 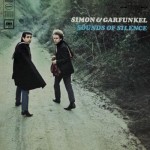 Our brain works in a funny way, sometimes it plays tricks, but above all, it’s our own. So a lot of things we struggle with are battles of our own making and weâ€™re struggling with ourselves. We get all wrapped up in it and the windmills of our minds are sometimes making dazzling rpmâ€™s.

Hearing the right piece of music, paired with a lyrical content that either match your suffering or place it in perspective, can make a world of difference.

Let me break it down: When a songâ€™s lyrical content matches our struggle we feel recognized or validated and realize that weâ€™re not alone, someone wrote the lyrics and thus must have had a similar experience. That realization alone works wonders for most of us – why do you think a lot of people love Blues music? 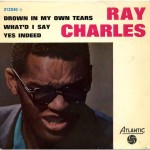 I think Neil Diamond sang a song that had the line in it that said, â€œIâ€™m crying in my pretzels.â€ How weird it that picture might seem, that visual of sorrow. As outlandish as crying in your pretzels may seem it could have helped someone through a rough spot at one point, if only by laughing at the silly notion alone. Same goes for Ray Charlesâ€™s â€˜Drown in My Own Tears,â€™ the epitome of self-pity in song.

Now itâ€™s not only songs of sorrow that match our emotional turmoil that can set us free. Some light diddies like â€˜Oblidi-Oblida (life goes on)â€™ by The Beatles, or a song with a message like â€˜And Their Hearts Were Full of Springâ€™ by The Lettermen/Beachboys, or The Nelonsâ€™ ‘The Sunâ€™s Coming Up In The Morning, ‘ can elevate our thoughts, make us smile about our so-called hardships and place them in perspective.

As a gospel music lover I am especially blessed and seem to have an advantage over folks who listen only to secular music, which is written solely from a human perspective, and deals mostly of our ways to solve the problems. Gospel songs are pieces of portable theology, as Gloria Gaither once said, and are mostly written by people who were inspired. But even worldlyÂ music can minister one way or the otherâ€¦God doesnâ€™t exclusively uses Christian artists per se.

Just remember that sometimes help can come from a complete stranger. 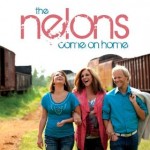 I love music and remember life goes on, even when it means you are confronted with soggy pretzels every once in a whileâ€¦

For this blog, SGMRadio welcomes guest bloggerÂ Auke Bijlsma, UK Gospel Artist, blogger and philosopher. We hope you enjoyed Aukeâ€™s take on music, his viewpoint and his humor. Please visit Aukeâ€™s website today and donâ€™t forget to leave him a note to thank him for his contribution to SGMRadio and our world.

Married to Patty Springer for 12 years

Favorite quotation: ‘Irony is the hygiene of the mind’ (Oscar Wilde)