Â A diamond represents quality, prestige, value and even eternity. Southern Gospel Musicâ€™s Diamond Awards encompass all these things and on this, the 20th year of the Diamond Awards, the best in Southern Gospel will be honored for their quality. The Branson Gospel Music Revival will host the awards program on June 30, 2011 at the Tri-Lakes Centre, Branson, during an unforgettable celebration of music and worship. 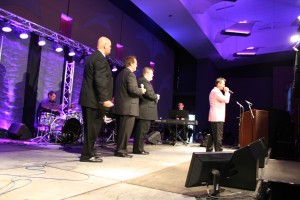 SGN Scoops Digital for the inaugural Branson Music Convention in 2009. The presentation gala has always been a time of praise and worship, and this has been accentuated during the Branson ceremonies. In 2010, the awards evening was filled with outstanding performances by unique â€˜super-groupsâ€™, such as the combining of Jericho and Praise Inc. for the singing of â€œFirst Day in Heavenâ€. This year the artist roster for the evening is just as varied and fans will be treated to more surprises. Performers for the evening include Ascension Quartet, The Shireys, McMillan and Life, the Jay Stone Singers, Beyond The Ashes, High Road, and many more.

High Road, a female southern gospel trio, is thrilled to be among the performers during the evening presentations. â€œAs a group, we are thrilled to be a part of the Diamond Awards this year,â€ says Sarah Davison of High Road. â€œJoining such a talented group of artists for a night of great gospel music is definitely going to be one of our biggest highlights this year. The Diamond Awards are truly inspirational for anyone who loves gospel music, whether you’re 9 years old or 90 years old.Â  For us, taking part in making music that is glorifying to the Savior is what it is all about, and we are so blessed to have this opportunity.â€

Southern gospel favorites, 2nd Generation, are also scheduled to perform during the evening presentation. â€œThe Diamond Awards ceremony is so professional,â€ says Brenda Denney. â€œThe only thing missing is the Red Carpet! You feel so honored, blessed and appreciated.â€

2nd Generation is looking forward to the Awards ceremony on June 30th at Branson,â€ continues Denney. â€œWe have been nominated for Trio of the Year along-side of other amazing artists and we know that the fans have already cast their votes. We are so thankful for each of them.â€

The Diamond Awards are fan-based prizes, with voting completed through both print and on-line ballots. This has been the case since Allen Smith acquired the Awards several years ago. Smith was the owner of SGN Scoops Magazine at the time. In an earlier interview, Allen Smith explained the Awards history to this writer for an article published by SGM Radio in March 2007. â€œThey were started [in 1991] by the Gospel Voice Magazine. They went out of business a few years later and the Diamond Awards lay dormant for about two years. I had been praying for some time about the possibility of our magazine having an awards program. Feeling the direction of the Lord in the matter, [in 2003] I spoke with the owner of Voice Magazine and asked if it would be possible for us to take over the Diamond Awards. He told me he would have to talk it over with his partner, and get back to me. He did get back to me, and the rest is history. They just handed the Diamond Awards over to us.â€ 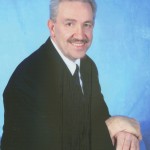 Â In the same interview, Smith said, â€œThere are many more fans that vote, than those in the industry. However, you would probably be surprised by the industry names that appear on our ballot registrations. There are a lot of industry people who do vote. The Diamond Awards have become very prestigious, and almost everyone wants to be involved in some way or another.â€ This same scenario holds true today and the Diamond Awards have retained the prestigious reputation they earned under the management of Allen Smith.

Fans and industry insiders are still given the opportunity to nominate and vote for their favorites. The website at http://www.sgnscoops.com/ sees a flurry of activity when the nominations begin. At a time when more Gospel awards programs are springing up across the country, the Diamond Awards have retained their reputation for the excellence of their recipients and for reflecting the authentic viewpoint of the real southern gospel fan. It is because of this reputation for quality that the awards are so popular with fans and artists alike.

â€œTo think that the fans nominate and vote for the winner is what means the most to us,â€ continues Denney. â€œIn the music industry we seem to see the same groups winning the same awards over and over every year because most nominees and winners are chosen by people in the industry and not the fans. The fans get to speak their voice for the Diamond Awards and people listen.â€

One of the hosts for the evening presentations will include Christy Sutherland, gospel soloist and past Diamond Award recipient. Sutherland remarks, â€œI am honored and excited to be co-hosting the Diamond Awards again this year!Â  I am also humbled and thrilled to be the most nominated artist for the second year in a row.Â  I look forward to celebrating the Diamonds with many of my friends and co-workers in spreading the Gospel.Â  It’s going to be a great time in Branson, Missouri!â€™

One of the major events during June 30th will be the Mansion Entertainment/Pathway Recordsâ€™ Talent Search. Featuring new talent from across the country, the successful entrant will be announced during the Awards ceremony that evening. Bill Dykes of Mansion Entertainment is excited about this yearâ€™s program in Branson. â€œWe are looking forward to being apart of the Diamond Awards this year. In my 45-year career singing Gospel Music I have seen, been a part of, and observed, many types of Award Shows. There is something special about the Diamond Awards!â€

SGN Scoops Digital is owned by Costal Media Group whose CEO, Rob Patz, also takes part in the presentations. “I’m excited about the line-up for the 2011 Diamond Awards. It is going to be a year remember!â€ says Patz. 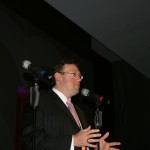 Rob Patz himself received a Diamond Award in 2005 and has determined to carry on the tradition of the esteemed awards. Dykes says, â€œRob Patz is a true lover of Gospel Music, its fans, the artists, and the business, but I believe what does set him apart is that it’s not all about him or the business! It’s about sharing the Good News, about people coming to know the Lord, and taking time to honor the people that spend their lives traveling the world doing the same. I like the fact that the fans can vote on who they love, not just who the industry loves!â€

Diamond Award Producer, Jonathan Edwards, is also looking forward to an extraordinary night. He is involved in the program from conception to completion. â€œThe thing that makes it special is the fans get the vote from beginning to end and I love that process of voting,â€ says Edwards. â€œI love being a part of the awards show because you never know whatâ€™s going to happen! Last year we saw combinations of singers we may never see again singing together, and this year is going to be even better, with the focus being on the Cross of Calvary.â€ Edwards is a DJ out of KWFC, Springfield Missouri, not far from the host city of Branson.

The evening of the ceremony is a busy rush of preparations and last-minute details for Branson Gospel Music Revival hosts, Rob and Kelly Burton. While presenters, performers and award nominees mingle and prepare backstage, another gospel music personality, Ken Grady, is usually found in the midst of the organized chaos. Ken and Jean are part of the driving force behind Gospel Music Today, and in 2010, the couple talked with many of the artists who gathered for the presentation.

â€œJean and I did backstage interviews with the winners, presenters, and performers,â€ says Grady. â€œOne of the memories that has stayed with me was that, while the winners were, of course, delighted, the people who did not win seemed as happy for the winners as if they had won themselves.â€

â€œWe also enjoyed the all-star quartets that were formed for the program that night. It was obvious that the singers really enjoyed singing with each other, in many cases for the first time,â€ says Grady. â€œAn awards program implies competition, but we did not get a sense of that at all. The atmosphere was more like a family reunion.â€

The sense of family and collective worship draws fans and artists back to Branson each year. The excitement and anticipation of the Diamond Awards adds a touch of ceremony to the Thursday night concert that is a highlight of the four-day event. Southern gospel fans who have not made the June trip to Branson should make this event a vacation destination for the family.

Quality and eternity are valid descriptors for a diamond, and those involved with the Diamond Awards aim not only for quality but also for the eternal value of their work. As the Word of God goes forth in song, the lasting effect that it may have on those present may only be discovered in eternity. As for the nominees and winners, they are honored for their value as servants of God, in a way that can only be found at the unique and prestigious Diamond Awards. 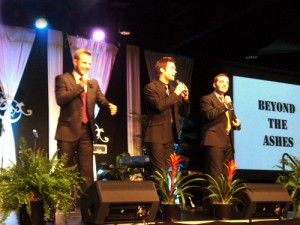