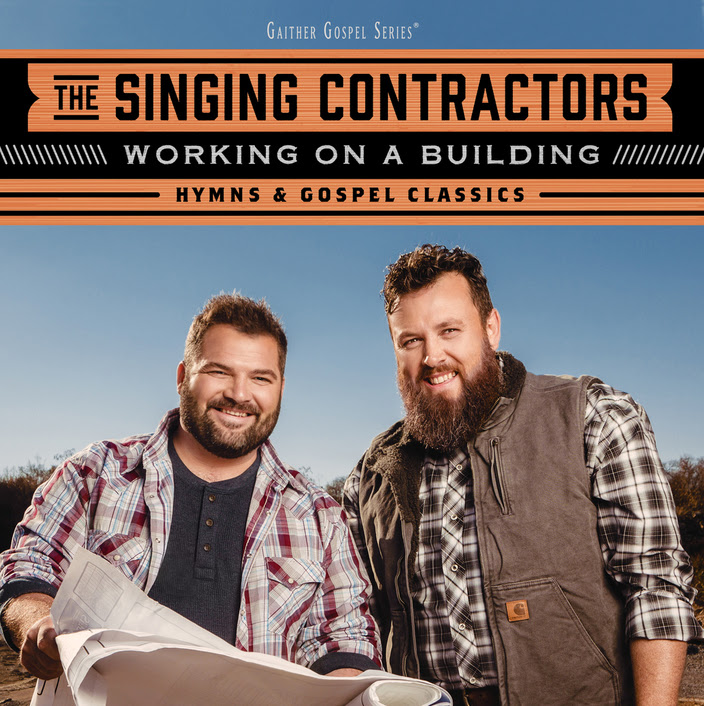 Nashville, Tenn.Â  -Â Viral sensationsÂ TheÂ Singing ContractorsÂ released their highly-anticipatedÂ Working on a Building, Hymns & Gospel ClassicsÂ with Gaither Music Group today to critical acclaim. A collection of unique renditions of beloved hymns and gospel classics,Â Today’s Christian EntertainmentÂ said there is “no doubt that The Singing ContractorsÂ inspireÂ as they use their God-given talentsÂ to serve others both with music and through putting in an honest dayâ€™s work of construction,” also making note of the pair’s “strong vocal performancesÂ and a clear desire to encourage listeners’ spirits and point them heavenward.”Â The Christian BeatÂ called the debut “a refreshing change of pace in CCMÂ that isÂ sure to continue their viral success.”

The foundation of the unlikely pair, comprised ofÂ Aaron Gray and Josh Arnett, stems from a viral video of their poignant rendition of “How Great Thou Art,” performed in an unfinished corner of a home remodel which led to over one million views in almost 24 hours. Gray shared exclusively withÂ Billboard,Â â€œI believe the album shows that we are just two simple guys and very raw, but thankful to have such an unbelievable opportunity.â€Â HallelsÂ said this of the pair’s performance, “They both can sing and when they harmonize with each other,Â they complement each other so wellÂ that you may even think they wereÂ protegesÂ of the Cathedrals or The Oak Ridge Boys.”

The Singing Contractors will be celebrating their release in New York City this Monday, taking center stage onÂ Fox & Friends. Tune inÂ Monday morningÂ at 8:50am ETÂ to watch theÂ pair perform LIVE the title track and beloved hymn from their new recording, “Working on a Building.” The contagious viral duo will also be sharing their story withÂ Guideposts,Â FoxNews.com,Â Fox Nation’sÂ Starnes CountryÂ and more.