Endless Highway’s ‘East to West’ Comforts from Start to Finish 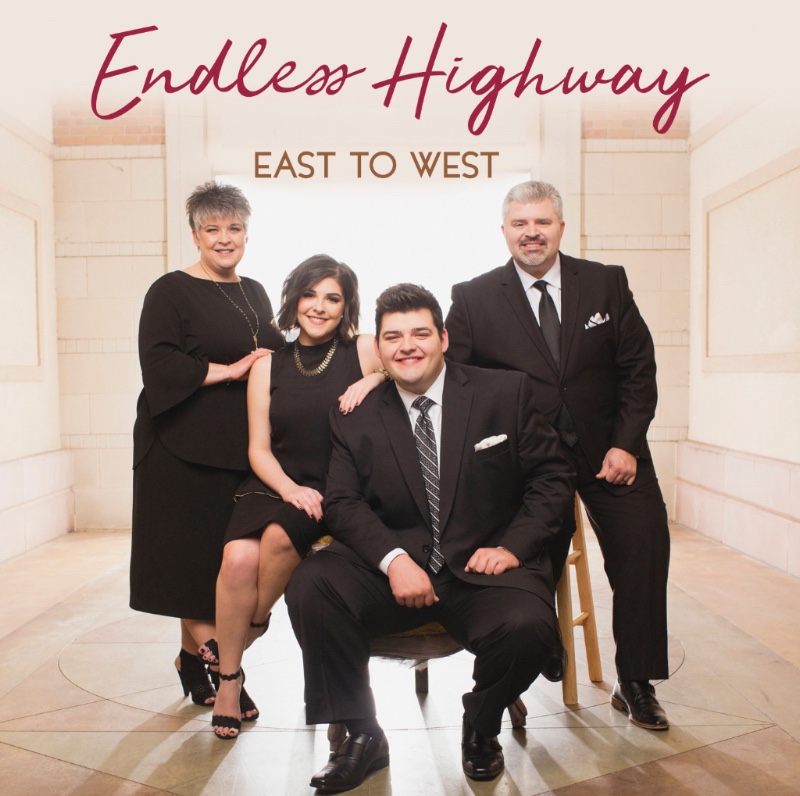 Inspired by Psalm 103, verse 12 â€” â€œAs far as the east is from the west, so far hath he removed our transgressions from us.â€ â€” “East to West” will uplift and comfort, continuing the group’s decades-long ministry and reminding listeners that God’s love and grace are all encompassing.

“We feel that weâ€™ve chosen strong material from amazing writers that convey the great message of salvation, grace, joy, hope, forgiveness, and the promises of God,” says Jason Griggs.

Through blending musical styles, Endless Highway reflects the journey of the Southern Gospel genre and themselves by highlighting influences of the three generations that make up the group. From songs like the traditional “Itâ€™s a Highway to Heaven” featuring the lead singing of Jason Griggs from the familyâ€™s second generation, to the modern “Out of the Deep” featuring his daughter Allison, Endless Highway presents a dynamic mix of progressive and traditional music.

The albumâ€™s first single, “Itâ€™s His Story,” features the lead singing of Jay Griggs, Allisonâ€™s brother, who represents a new generation of strong Gospel lead vocalists. This song is a proclamation of faith, a message carried throughout this powerful release.

Listen to “East to West” HERE.

About Endless Highway:
Endless Highway, (see website HERE) which originally was started as The Joylanders in 1971 by Perry & Nell Wimberley, stands and sings three generations strong at each concert. The group has continued the Gospel ministry started then through Vanessa Griggs, Perry & Nellâ€™s daughter, her husband Jason Griggs and their children Jay and Allison Griggs, who now do the bulk of the singing at live performances. Endless Highway offers a blend of Southern Gospel, Bluegrass Gospel, A capella, and Acoustic Music. Whether it be a time tested hymn of the church, a spirited a capella song, or a toe tapping bluegrass song, Endless Highway will offer something to please every concert goer. Attendees are sure to enjoy a mix of live instrumentation, pure a capella music, and tracks accompanied by Endless Highway’s vocals. Endless Highway loves to have fun while ministering, but make no mistake, their goal is to exalt Christ, edify the church, and evangelize to the lost.