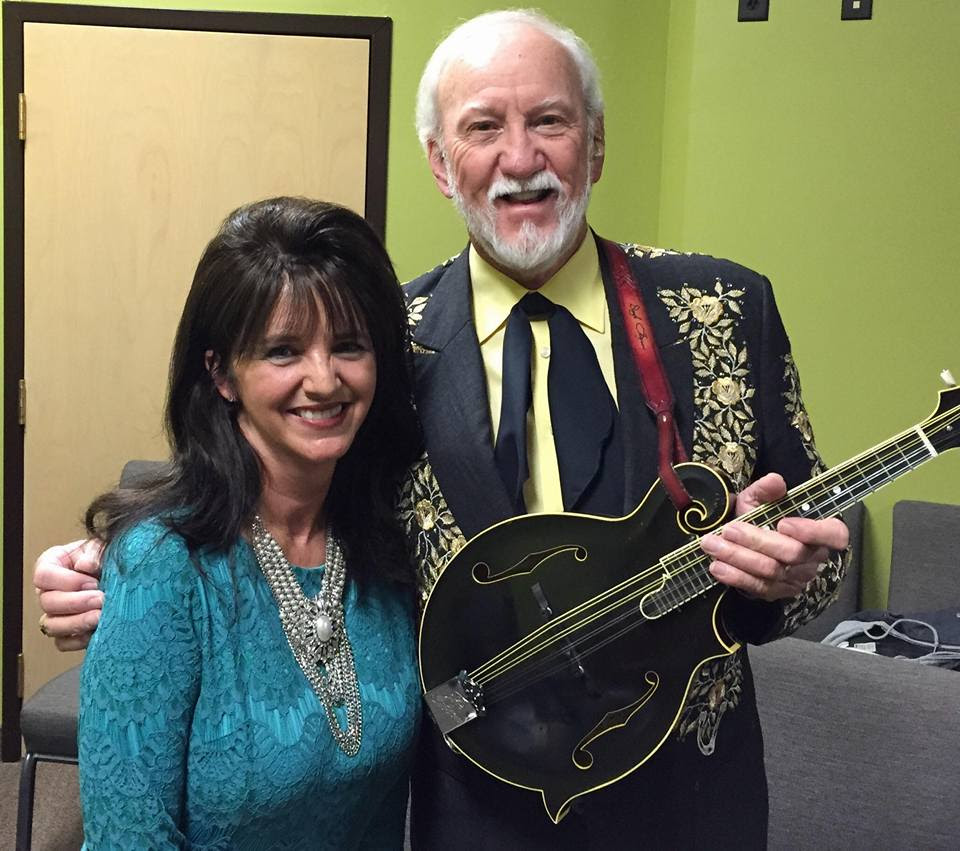 Nashville, TNÂ (November 6, 2016)Â Tammy Jones RobinetteÂ has had a tremendously successful year with songs climbing the charts both as a singer as well as a songwriter. WithÂ Tuesday’sÂ announcement of theÂ 59th GrammyÂ nominations, she has yet one more reason to celebrate.Â Doyle Lawson and QuicksilverÂ received a Grammy nomination in theÂ Bluegrass Album of the YearÂ category for their latest project, Burden Bearer. RobinetteÂ wrote the tile cut as well as the Singing News Bluegrass Chart #1 song, “Best Friends.”

While known for many years as a Southern Gospel artist and songwriter,Â Tammy Jones RobinetteÂ has broadened her ministry into the Bluegrass world over the last year. That endeavor was met with a warm embrace by the fans, resulting in nominations for numerous fan awards including theÂ Singing News, Diamond Awards, and more. She recently had the honor having the #1 song on theÂ Singing News BluegrassÂ chart as a writer, aÂ # 2 song on the bluegrass chart as a singer, and a song in the Singing News Top 80 Southern Gospel Chart.

TheÂ 59th Grammy’sÂ will be heldÂ February 12, 2017. Stay connected with Tammy Jones Robinette to see if her songs help bring home a Grammy home for Doyle Lawson and Quicksilver. Follow her by clicking on her website here.

Les Butler has been actively involved in Southern Gospel Music for over 37 years as a musician, producer, manager, former publisher of the Singing News, and as a nationally syndicated radio host. Butler started Butler Music Group in 1978, and purchased Family Music Group in 2003. He is a past March of Dimes AIR award, as well as winner of the Paul Heil Broadcasting Award in 2011. Butler’s syndicated radio show, Les Butler and Friends, is heard across America and abroad. Butler’s playing and production credits include Palmetto State Quartet, Joe Mullins and the Radio Ramblers, Steeles, Dunaways, Crabb Family, Easter Brothers, Marksmen Quartet, Earl Scruggs, Bowling Family, Jimmy Fortune, Marty Raybon, and many more. Butler’s publishing companies are Hurry-Up Publishing/BMI and Hush Jean/ASCAP. He continues to host Harmony Road TV, a nationally televised Southern Gospel TV show, and he has recently started hosting a daily Southern and Bluegrass Gospel video blog at southerngospel365.com.