The Lesters Hit A HOME RUN! 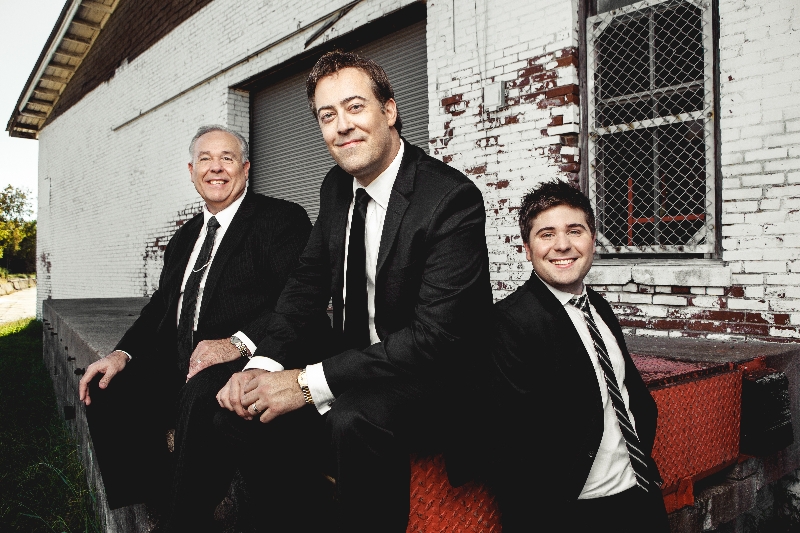 When the Lesters were in search of a tenor singer last fall, the long-time family group couldnâ€™t have envisioned all of the pieces to the puzzle fitting together as seamlessly as they did. Into the picture stepped Matt Felts.

â€œYou can watch people how they treat people on and off the bus. The way they treated me and my family coming in has been unbelievable. The ministry is why they do it â€¦ period. Iâ€™ve traveled with lots of great guys, lots of great singers. These are without a doubt the best. Every week feels like a family vacation. Iâ€™ve never had more fun.â€

Felts spent the previous five years with the Dixie Melody Boys. â€œWhen they were looking for a tenor (when the Lesters became a male trio), I heard they were looking, and I instantly called my wife (Jennifer),â€ Felts remembers. â€œI said, â€˜The Lesters are looking, and I want to take this job.â€™ It wasnâ€™t the right season (at that time), so I said, â€˜Weâ€™ll just wait.â€™

â€œJustin (Wells, the groupâ€™s previous tenor singer) actually texted me and said he was resigning. We were in the car, and I looked at my wife and said, â€˜Thatâ€™s it.â€™ I felt the season (with the Dixie Melody Boys) was coming to an end. I texted Brian (Lester) right then and said, â€˜Iâ€™m interested in the job.â€™ He asked me to come up the next week.â€

Felts â€“ a St. Louis native â€“ was born less than a mile from the Lestersâ€™ residence. â€œWe were amazed to watch God’s plan unfold as we began to search for a new tenor,â€ group manager and lead singer Brian Lester â€“ who stands alongside his son Jonathan as the other vocalists in the trio â€“ shares. â€œMatt and our former tenor, Justin Wells, have been close friends for years, so they already had a connection, which is how Matt first learned we were looking. MattÂ is not only from St. Louis but lived just a couple miles away from our home. It was truly a perfect fit. He has fit in so well very quickly.â€

Felts adds, â€œThe Lesters were in our house. We knew who they were. They were a household name for us. The earliest group I knew was the Lesters.â€

Feltsâ€™ first experience in Southern Gospel Music came as a member of the Ohio-based GloryWay Quartet. That was followed by one year with the Skyline Boys, three years with the Monument Quartet and a six-month stint as part of Perfect Heart. Then, he joined the Dixie Melody Boys. Felts admits that those past experiences have helped shape him as an artist.

â€œIâ€™ve tried to glean vocally â€“ but not just vocally, also life â€“ Iâ€™ve tried to look at how they did it in this industry for a lifetime,â€ Felts shares. â€œItâ€™s been positive for the most part. Ernie Haase has been a like a brother, and thereâ€™s Allison Speer and Mike Allen.

â€œEd Oâ€™Neal gave me free reign. He said, â€˜You have ideas â€¦ go.â€™ Not everything works, but you learn.â€ That creative freedom was essential for Felts, who has a background in marketing. â€œThey (the Lesters) knew my background,â€ Felts says. â€œI had a great support staff around me, and what we were able to accomplish with Ed was great.

â€œThey (the Lesters) basically said, â€˜What are your ideas? What can we do?â€™ Thatâ€™s something (positive) for a guy who is in marketing. Weâ€™ll just be talking and new ideas will come. There is a momentum swing right now for new opportunities and new growth.â€

One of those new opportunities involved the Lesters filming a live CD and DVD in Boston, a project that is now available. â€œItâ€™s exciting to bring Southern Gospel to Boston,â€ Felts points out. â€œThey eat it up every time.â€

Feltsâ€™ marketing foundation was molded while he was a student at the University of Missouri. Felts also played baseball for the Tigers, graduating in 2001. Felts â€“ a first baseman and relief pitcher â€“ had the opportunity to play professional baseball, spending time in the minor leagues as part of the Kane County (Ill.) Cougars, Springfield/Ozark (Mo.) Mountain Ducks and Canton (Ohio) Coyotes. Felts is related to former New York Yankee great Don Mattingly â€“ who is now the manager of the Los Angeles Dodgers â€“ and his wifeâ€™s family is related to Major League Baseball Hall of Fame member Honus Wagner. â€œWe are a baseball family,â€ Felts says.

However, that coveted opportunity on the diamond proved to be a trying period of time for Felts. â€œI grew up a pastorâ€™s son,â€ Felts explains. â€œThat lifestyle in baseball is very different. I felt that was what I wanted to do, but I knew that wasnâ€™t for me. Music was always at the front. I always wanted to be in music. The Lord was in music.â€

While Felts changed careers at that time, he most recently transitioned from a career with male quartets to becoming a third of a male trio now. â€œItâ€™s stretching your wings artistically,â€ Felts says. â€œI love quartets. Itâ€™s nothing against that, but thatâ€™s all Iâ€™ve ever done. In some ways, you become stagnant. The arrangements they (the Lesters) do, it awakens something in you. Itâ€™s exciting.â€

The 37-year-old Felts admits that the support he has received has been overwhelming. â€œWe are thrilled to have Matt and his family join the Lester family,â€ Brian Lester shares. â€œHe has already been such as great addition, and our fans have embraced him.â€

Felts adds, â€œIt breathes new life into your career. The entire industry, the day I announced I was going over to the Lesters, I had people all over the industry congratulating me. A lot of quartet fans couldnâ€™t understand how excited I was, but I knew there would be a lot of variety to the program. Thatâ€™s exciting.â€

Be sure to see The Lesters when they are in your area. For more information visit http://www.thelesters.com/