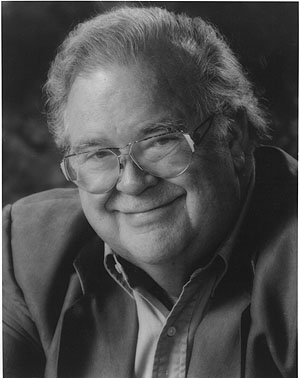 I hurriedly climbed into my old Ford Maverick, shoved a cassette in the player, and Doug Oldhamâ€™s mellow voice instantly flooded the car, and lyrics from a familiar Gospel song by Bill Gaither, brought me to tearsâ€¦.

I need to go back a few years, to explain what Iâ€™m talking about. The year was about 1986 and I worked in a little town called Millbrook at the local I.G.A. as the Produce Manager. I made the twenty-minute trip twice a day, there and back.

It’s difficult, when you start a new job.Â Â  You feel out of place and itâ€™s like everyone is watching you.

There was one particular employee, that Iâ€™ll call â€œBobâ€™â€™. Bob went out of his way to make life miserable for me. Bob soon learned that I was a Christian, and seemed to make it his personal mission in life to try and trip me up any way he could. It was little things at first. The store had a small lunch room and everyone seemed to take their break at the same time. I didnâ€™t take my break with the others, because it seemed everyone smoked and you could cut the smoke with a knife.

So, because I didnâ€™t join them, I was branded, or so it seemed. It was very stressful and the days were long and I couldnâ€™t wait to leave. The days turned into weeks, the weeks to months and the months to years. I ended up working there 13 very long years.

Eventually, Bob got used to me and eased up a little. One day, Bob announced that he was going to throw a card party at his home. I knew most of the employees there and also knew what went on in these types of parties, as most bragged about it. The dreaded moment came, when Bob came to me and invited me to come as well.

I canâ€™t remember what I said to him, but I know I had planned ahead with an excuse to exempt me from going. Bob was persistent in his invitation, so to shut him up, I finally agreed that I would go to his euchre party.

Well, the day came and I made my way to Millbrook to go to the party. I could hear them inside and the music was blaring. I gathered up my courage and knocked on the door. When the door opened, I was instantly assailed with a mixture of cigarette smoke, marijuana smoke and the smell of beer.

Now, there was a day when this type of thing would not have bothered me. Iâ€™m not proud to say this, but I was part of that type of scene for many years. Well, I gathered up as much gumption as I could and walked in the door. I cannot describe to you some of the things I saw, because I know I would offend someone.

Bob said, â€œSit down, Phil. Can I get you a beer?â€ Now Iâ€™m sure Bob knew I did not drink, but was pushing my buttons. I declined and sat down at the table. I looked around the room and saw many beer bottles just strewn about. I saw a bag of marijuana and someone brought in a big chunk of hashish. This was all normal for that bunch. I vaguely remember playing a few hands of cards.

I sat there for what seemed like an eternity and then finally said to Bob, â€œBob, Iâ€™m sorry, but I have to go.â€ I got my coat and headed for the door, not looking at anyone. Bob followed me outside and had the most peculiar look on his face that Iâ€™ve ever seen. I had tears in my eyes, both from the smoke that was in the room, and probably from the guilt that I felt. I apologized to Bob and told him I wasnâ€™t feeling well, which was the truth. I still can see that puzzled look he gave me as I left.

As I left, I had a cassette sticking out of my player. I shoved the cassette in the player, turned up the volume and drove off. A song came on, and it was Doug Oldham singing a Gospel song, â€œThanks To Calvaryâ€ by Bill and Gloria Gaither1. The song spoke of not belonging anymore to my old type of lifestyle; that I didnâ€™t need to go back to that life and God had forgiven me for my past. That song hit me right between the eyes. The tears came.

God spoke to me through that song. He reminded me that I had been a part of that type of scene and that He had delivered me from all that junk. I have no idea how long it took me to get home, but I do remember promising God that I would never again allow myself to be part of that type of life.

When I watch one of my Gospel videos and I see Donnie Sumner tearfully give his testimony about his past lifestyle, I know where heâ€™s coming from. Iâ€™ve been there. Iâ€™m sure many of you who are reading this can probably relate to the same type of thing.

Now, I need to tell you, that there is more to this story. A few years after that party incident, I got a phone call at home from Bob. He was frantic. He was yelling into the phone, something about his daughter, Sarah, who had somehow drank poison. He said, â€œPhil, you believe in prayer, will you pray for her?â€ I almost fell to the floor. I thought, â€œBob is asking me? Bob that foul mouthed, beer drinking, pot smoking individual is asking me to pray?â€

God was giving me an opportunity. I very softly said, â€œYes I will, Bobâ€ and I did. The next day at work, Bob would not even look me in the eyes. I finally went to him, and asked how Sarah was. He said, â€œOh, it turned out to be non-poisonousâ€. I walked away from that, quietly thanking God in my heart for using me. After that incident, Bob never again bothered me at work. God knows what He is doing.