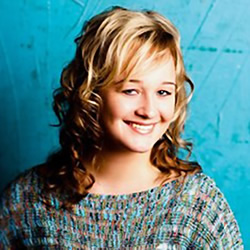 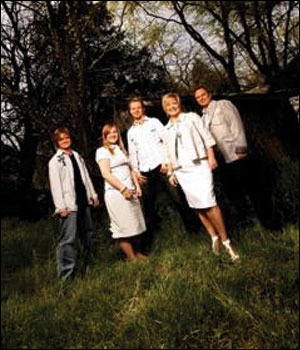 Coastal Media, parent company of SGNScoops and SGMRadio, is the proud host of the annual Diamond Awards held at Creekside Gospel Music Convention. In October 2013, The Easters were honoredÂ at the Diamond Awards, winning 2013Â Female Soloist Of The Year (Sheri Easter), 2013 Christian Country Group Of The Year, and 2013 Sunrise Award (Morgan Easter).Â Â SGMRadio is proud to highlight the ministry of The EastersÂ with a republication of this 2013Â SGNScoops feature written by Erin Stevens, author of the monthly feature, Younger Perspective as she highlights Morgan Easter. To vote for the 2014Â Diamond Awards, click on toÂ http://www.sgnscoops.com/2014-diamond-awards/

The definition of the word “heritage” is: something that comes or belongs to one by reason of birth; an inherited lot or portion. Such is the case with the life of this month’s featured artist. The heritage that has been passed down from generation to generation in her family is that of a true treasure not many can relate to; but for Morgan Easter, her heritage is not simply inherited, it is embraced with a passion. She has been called to present the Gospel through song night after night alongside her family, and has sacrificially given of her talents to preserve and carry out the heritage that comes with being an Easter. At 14 years old, she stepped into the role that Charlotte Richie had filled with the group for 12 years. Morgan’s family knew, even at her young age, that she was capable of accepting the challenge set before her. Now, 6 years later, she is a vital part of her parents’ highly esteemed group. Let’s take the next few moments to discover a little more about this amazing young woman’s lifeâ€¦

Erin: While growing up on the road, who would you consider some of your biggest musical influences?

Morgan: In the industry, I’d have to say my Grandma Polly with The Lewis Family. I’ve never seen someone so comfortable on stage. My grandma is my hero in all aspects of life, and if I could be anything like her, I’ll know I’ve done well. My biggest influence outside the industry would probably be Shania Twain. “Any Man Of Mine” was the first song I ever learned, and we have embarrassing video footage to prove it!

Erin: What does a typical day in the life of Morgan Easter look like?

Morgan: Quite boring, actually. Â  When we’re home, I enjoy just being by myself or spending time with my friends that live back home. I’m usually just taking time to recuperate from the weekend. Being on the road isn’t much different, it consists of lots of sleeping and maybe a trip or two into Walmart, or exploring wherever we’re parked.

Morgan: That’s always a tough question! I’d probably have to say Japanese food. No matter what we do, whenever my whole family goes out to eat, we always eat Japanese. It’s kind of our thing!

Erin: Who do you usually hang out with most on the bus? 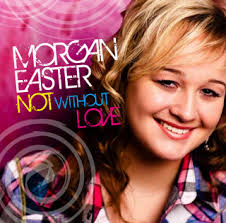 Morgan: Probably our drummer, Landan. He’s 15, so he keeps everybody young! He’s a cool kid to hang out with, and he’s more like an unofficial little brother to me.

Erin: What are three words you would use to describe yourself?

Morgan: I’m never good at these things, but I’d have to say: Forgiving, Tender-hearted and Generous.

Erin: Is there a particular event in all your travels that you would look back on as a defining moment in your life?

Morgan: I’ll always cherish the first time I officially sang on The Grand Ole Opry with my folks. I had only been with them for a few weeks, and here I was doing this massive show! I just stood on that stage, and it hit me, “Wow! This is really happening!!”

Erin: Share something quirky about yourself that probably no one would ever guess.

Morgan: I’m really into comic books, as weird as you may find that! I love them. I’ve been reading/collecting them for a little bit, and I’m having a blast! 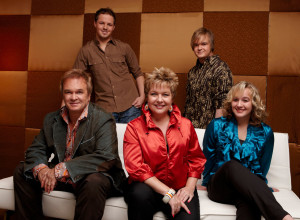 Erin: Where do you see yourself in five years?

Morgan: Hopefully, still traveling with Mom and Dad. I love my job and I can’t picture myself doing anything else.

Erin: So many kids in the industry have been home-schooled. Â  Your family, on the other hand, always went the extra mile to get you home for public school every week. What advantages did you enjoy best about that?

Morgan: I made some incredible friends, and learned some amazing life lessons. I didn’t regret going to public school even a little out of my 12 years of attending. It got somewhat harder towards the end of high school, but I had the time of my life and I wouldn’t trade those experiences for the world!

Erin: What would be considered the top music choices on your iPod?

Erin: In your professional roadie opinion, what is the greatest and hardest part about traveling around the world with your family?

Morgan: The greatest part would be, being able to go to all kinds of different places and meet new people. The hardest part is not being able to be at home as much, but it’s a nice mixture. So, by the time I’m tired of being at home, we’re ready to head out on the road again and visa versa.

At almost 20 years old, it’s refreshing to see someone like Morgan who knows what she wants to do with her life. Her heart beats in time to the music she has grown up singing. The next time you hear The Easters on the radio, or at a concert, take notice of the spiritual and musical “heritage” that a certain young lady by the name of Morgan possesses.

And that’s my take on it. By Erin Stevens.Â