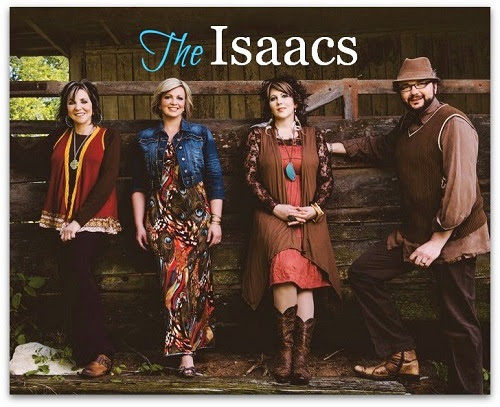 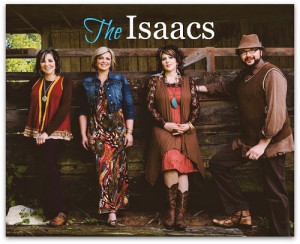 Coastal Media, parent company of SGNScoops and SGMRadio, is the proud host of the annual Diamond Awards held at Creekside Gospel Music Convention. In October 2013, The Isaacs were honored at the Diamond Awards, winning 2013 Mixed Group Of The Year. SGMRadio is proud to highlight the ministry of The Isaacs with a republication of this 201s SGNScoops feature written by Sheri Whit of SGNScoops. To vote for the 2014 Diamond Awards, click HERE.

On a Sunday night in November, God showedÂ up in a big way at the First Baptist Church inÂ Kearney, Missouri, and he used The Isaacs as HisÂ instrument. To merely say this family is talentedÂ would be the understatement of the century.Â The Isaacs are anointed.

I have always said thereÂ is nothing better than family harmony, but thisÂ family takes it to the extreme. Blending voices soÂ seamlessly with others is a very difficult task evenÂ for the most experienced musicians, but Sonya,Â Becky, Ben, and Lily make it look effortless.

On this night, The Isaacs proved they can performÂ any style of music â€“ ’80’s, Bluegrass, Southern Gospel, and sing it with a message and purpose,Â and make it their own.

The crowd loved Benâ€™sÂ performance of “The Three Bells” and Lilyâ€™s sweetÂ voice on “That Is Why I Sing”. “Ac-Cent-Tchu-Ate theÂ Positive ‘ was a favorite as well.

“Get On Board” hadÂ everyone clapping their hands and tapping theirÂ feet. During the second half, The Isaacs graciouslyÂ took requests from the crowd, including Sonyaâ€™s “Twinkie Song (Half A Day Away From You)”.

One of the best things about living in the KansasÂ City area is seeing Lynda Randle slip throughÂ the doors and sit in the back of the venue inÂ support of the many Southern Gospel artists thatÂ come through this part of Missouri.

On this night,Â after much coaxing from Sonya and from the audience,Â Lynda came to the stage and sang “God onÂ the Mountain” with the group backing her up. TheÂ impromptu, unrehearsed moments are so special, Â and this was no exception.
Every minute of this night was one to remember,Â and as always, it ended way too soon. I lovedÂ their rendition of the Mike & The Mechanicsâ€™Â classic, “The Living Years”.

Lilyâ€™s testimony aboutÂ being a 30-year breast cancer survivor struck aÂ note with those of us who have been affected byÂ this disease, either personally or through a lovedÂ oneâ€™s struggle. Through Lilyâ€™s story came theÂ song Martina McBride recorded, and one that hadÂ everyone wiping tears on this night, “Iâ€™m GonnaÂ Love You Through It”.

Becky told of her years-longÂ battle with a very rare form of Crohnâ€™s Disease andÂ how “Waiting in the Water” is a testament to Godâ€™sÂ love and faithfulness even through the toughestÂ of times.

And who could ever forget the standingÂ ovation the group received for their stunningÂ a cappella versions of “The Lordâ€™s Prayer” and “It IsÂ Well.”

I am so grateful to have the opportunity toÂ attend Southern Gospel concerts in andÂ aroundÂ Missouri. I encourage you to support these artists.
Go to their concerts. Buy their music. Donâ€™tÂ let this wonderful genre die out in your area.Â Each and every solo artist and group has a specialÂ message to bring to your heart.

God has greatlyÂ blessed us with people who can share His loveÂ through song. Receive those blessings. TheyÂ belong to you.

Until next time, keep on singing, playing, andÂ listening! 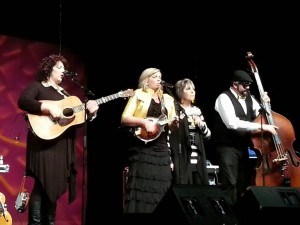