Reality Check: Noah and Me 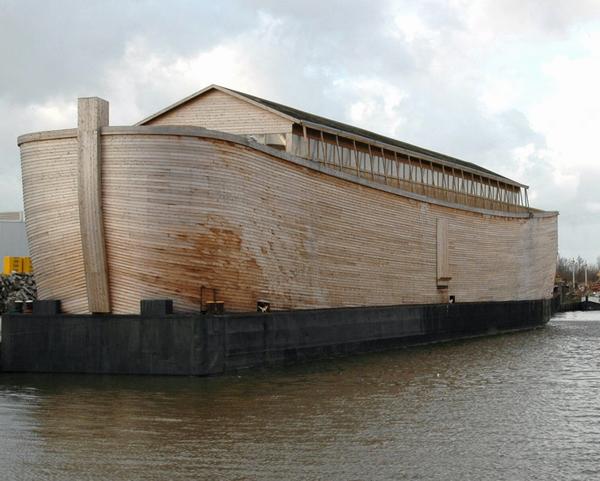 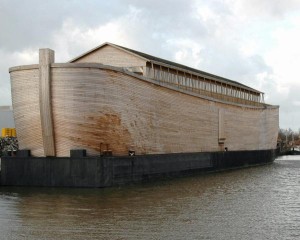 I am currently on a boat. Figuratively speaking of course, and itâ€™s not a boat, itâ€™s an ark. You may be as well. Have you entered a phase of life where you feel like you arenâ€™t sure what you are doing or where you are going? Have you been thrust into a situation where you have no one to depend on but God? You canâ€™t even rely on your own past experiences because nothing like this has happened to you before. If so, you are in an ark as well.

I was reading in Genesis about Noah and his family and the animals, the story we all know fairly well. He was getting everyone inside the ark, the rain was falling on his head and all he knew was he was entering a whole new phase of life. Like Dorothy, he wasnâ€™t in Kansas anymore. And just as he got the last slithery creature inside, the Lord closed the door. He certainly couldnâ€™t go back, even if his last minute worries made him turn around and look at the door as it firmly latched behind him.

Like never before, I feel like I entered an ark two years ago when my illness began and the Lord closed the door behind me. My life has changed so completely. Are you in a place of sickness or health issues that seem to separate you from normality? Perhaps your ark voyage began when a loved one died or left, beginning a new life journey surrounded by a sea of pain or loneliness or emptiness. Maybe your ark is in the shape of a change of employment, financial issues or some other event that has changed your life forever. You feel the Lord has shut the door behind you, you donâ€™t know where you are going and all you feel is the rocking of the boat.

Surprisingly, I have found that I have a few things in common with Noah. First of all, like the old guy, I have to look after things around me in my life that werenâ€™t there before. Noah had animals all over and Iâ€™m sure there were many he didnâ€™t even recognize. What else could he do but take care of them? I have new chores in my world that werenâ€™t there before, things Iâ€™ve had to learn to look after. How do you look after health issues youâ€™ve never had before and things that werenâ€™t supposed to happen to you? Things like health appointments, prescription drugs, worries of family and friends and financial stress. Iâ€™m sure Noah had a lot of sleepless nights, just like me. Iâ€™m also sure the Lord met him in those dark hours and brought him comfort and peace.

Noah also had a lot to clean up in that ark, although Iâ€™m not entirely sure what he did with the refuse. He certainly couldnâ€™t ignore it as it built up. I found that when my world shrunk to the size of my house and my family, it wasnâ€™t as easy to ignore the refuse that I had in my life. The Lord knew where the stuff was piling up and He has used this time to point out the areas that needed to be cleaned. Things like bad habits, lack of discipline, and poor relationship interactions were among the refuse to be removed. He continues to lead me to areas Iâ€™d almost forgotten were there, shining His light on the garbage. I donâ€™t have the excuse of lack of time for this type of housecleaning now.

Something else Noah would have had in abundance was time. Sure he had to take care of the animals and his family, but after they all had their routines down I can see Noah listening to the rain and maybe talking to God. With my extra time, Iâ€™ve been able to develop a routine of sorts in my devotions and have been able to read the Bible more than I have in ages. This discipline has been a healthy addition to my life.

Another thing I have in common with Noah, and perhaps you do as well, is wondering about the end of the journey. The Lord told Noah that it would rain for 40 days and 40 nights, but the Bible doesnâ€™t record that He told Noah it would take another year before the ark would end up on Mount Ararat. I donâ€™t know when or if this current journey will end with a bump against a hill or a gradual settling in to a different land. But you and I have really no choice as we canâ€™t go back, we must keep going forward.

What I have in common with Noah is that I trust in the Lord to direct my ark and to keep me in the palm of His Hand. Without that, Iâ€™d just be a cork in the sea, bobbing any which way and fearing the worst. Iâ€™m glad He is with me in my ark. Is He sailing with you?