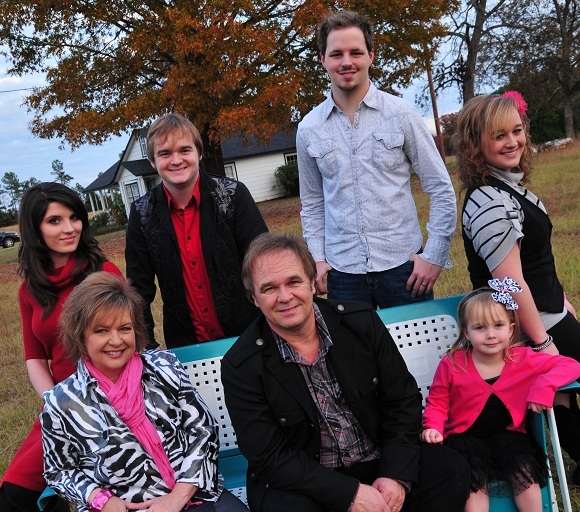 Creekside Gospel Music Convention, Pigeon Forge, TN (October 23, 2013) â€“ SGN Scoops and Coastal Media are thrilled to announce the addition of Jeff and Sheri Easter to the list of artists performing at the 2013 Diamond Awards. Hosted by Tim Lovelace, the Awards will be held on Tuesday, October 29 at Pigeon Forge, Tennessee as part of the Creekside Gospel Music Convention. Reserved tickets for this event are free and can still be obtained atÂ http://www.creeksidegospelmusicconvention.com/Â .

Jeff and Sheri Easter join already slated artists Gerald Crabb and Doyle Lawson and Quicksilver, among others. All of these special performances along with the entire 2013 Diamond Awards will be filmed by Atlantaâ€™s Channel 57 to be aired at a date to be announced.
Rob Patz, CEO of Coastal Media Group and publisher of SGNScoops, commented, â€œIâ€™ve enjoyed Jeff and Sheriâ€™s ministry for many years, and Sheriâ€™s appearance at the Diamond Awards last year was a very special highlight of Creekside. I know the Award celebration is going to be another great night and Iâ€™d like to welcome all of Jeff and Sheriâ€™s fans and friends to join usÂ next Tuesday!â€
SGN Scoops encourages Gospel music fans across the country to attend the 2013 Creekside Gospel Music Convention. It will be a great week of the best in Southern Gospel music.Â MondayÂ night will see Lou Hildreth honor the legendary Ed Oâ€™Neal. The Patterson Promotions Showcase will be presentedÂ on TuesdayÂ morning with the 2013 Diamond Awards slated forÂ 8:00 pmÂ that evening. The Convention will also host an Old Time Gospel SingÂ on WednesdayÂ afternoon and daily morning devotions with Dr. Jeff Steele.

The Creekside Gospel Music Convention will be presented onÂ October 28, 29 and 30th at the Smoky Mountain Convention Center, Pigeon Forge, Tennessee.Â Tickets for this event are free but must be reserved atÂ http://www.creeksidegospelmusicconvention.com/Â . Special room rates are available onsite and can be reserved by phone or online. Â By phone, call toll free at:Â 1-800-223-6707Â or local callÂ 865-908-3015. For online reservations, click ontoÂ http://www.smokymountainconventioncenter.comÂ .
For more information regarding the 2013 Creekside Gospel Music Convention, please email Rhonda atÂ rhonda@sgnscoops.comÂ or Rob Patz atÂ rob@sgnscoops.comÂ .