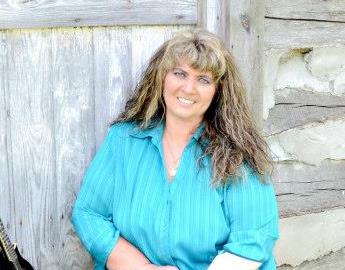 Princeton, West Virginia native Carla Bragg has been singing for most of her life, recording her music since 2009, winning talent contests and appearing on the NQCâ€™s Regional Artists Showcases and working hard to bring her brand of Southern Gospel to the nation. This wife and mother of two is also a songwriter, musician and has even hosted a radio program. Listening to Carla in concert, itâ€™s easy to see that this lovely young lady is eager to â€˜bragâ€™ about her faith and her love for the Lord.

Carla Bragg was first exposed to Southern Gospel as a young child, through the music of the Easter Brothers and The Sego Brothers and Naomi. Appearing on television at the age of five, she sang â€œJesus Loves Meâ€ and this began a life-long affair with Gospel music. In 2009, she recorded two projects and released her first single to radio, entitled â€œGodâ€™s Voice.â€ Since that time she has released two other songs to radio which did well on the RadioActive Airplay charts and Southern Gospel Todayâ€™s charts.

At the time of this interview, Bragg was working on her fifth CD, I Know A Place, Â at Dark Horse Studio in Nashville. â€œGordon Mote is playing keyboards, which is so exciting,â€ says Bragg. Â â€œI just loved working with him. He is so inspirational and so funny. I will also be featuring a duet with Chris Hester called “Heaven Someday.” It was such a blessing to work with him as well. Â He is one of the most helpful people I have ever worked with and so talented.â€ Bragg will be releasing two singles from this project, â€œHeaven Somedayâ€ as well as â€œI Know A Place,â€ a tune she wrote. [Editor’s note: I Know A Place was released in August 2013 and is available on iTunes.]

Braggâ€™s previous album was a collection of favorites, so when asked what songs she enjoys singing it is not surprising that some are well known, as well as tunes that she has written. “â€™God’s Voiceâ€™ is a personal testimony and means so much to me,â€ Bragg shares. Â â€œI am blessed every time I sing it because it speaks of intimate times in God’s presence when He reminds us of His promises and the comfort available if we just listen. On the other hand, â€˜Instant Millionaireâ€™ is a toe-tapper that seems to always bring a smile to everyone’s face and I really enjoy knowing that I have placed some joy in the hearts of the listeners.Â Then, there is â€˜I Bowed On My Knees and Cried Holy.â€™ You can actually watch the power of God touching lives as hands begin to rise and tears begin to flow. There is no greater feeling than to be used as a vessel for God to pour out much needed blessings upon His people.â€Â 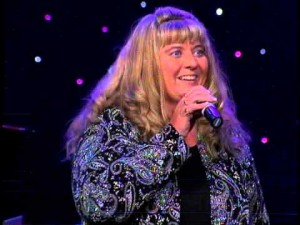 As this solo artist continues to reach out to her audience with songs of Godâ€™s blessing, she is looking ahead to what God may have in store for her in the near future. â€œGod has already blessed this ministry in so many ways that I am both excited and anxious to see what He has in store for the next five years,â€ Bragg admits. Â â€œI truly feel that His anointing is on this ministry and He will begin opening doors of opportunity like never before for me to spread His message in song. Being a newer Gospel Artist, my goal is to have a full-time self-supporting ministry in the next five years.Â I have only been singing professionally since 2009, so that will be a great miracle and blessing that only the hand of God could provide. Â There have been many ups and downs and questions and doubts, as with any career when you are first getting started, but doors are opening like never before. I am also nominated for or have already received several awards within the industry for the first time this year and I feel that these will be a stepping block to bigger and better things. I am working with people that were only distant inspirations to me just a few short years ago. However, I am still humbled every time I think of what all God is doing and the most significant highlight is that He chose me! Â That is something I thank Him for everyday.â€ 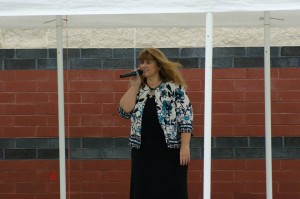 When watching Carla perform on stage, her seasoned vocals and easy style show a confident performer who knows her craft. However, Bragg admits it wasnâ€™t always that easy. â€œI used to get extremely nervous before I went on stage and I would worry about getting choked or forgetting the words or something else that might ruin the show. Â Then one day I was sitting on the piano bench at a wedding I was playing and singing for and I was praying that God would take care of all of those things for me, as had become my habit out of worry. Suddenly it was as if I was just silenced in mind and I clearly could hear the Spirit speaking. He said, â€˜When will you accept the fact that it is I who is in control. Just trust Me and I will take care of the rest.â€™Â Since that day, I still pray for God’s anointing and that lives will be touched, but I don’t worry or get nervous anymore about the â€˜silly distractionsâ€™ the devil tries to use to stop the work for God’s Kingdom. Â I have come to realize that no matter where – a hospital room of a few or a theater of thousands – I always have and always will sing every performance for an audience of one: GOD.â€ She laughs and adds, â€œAnd He has heard me before!â€Â 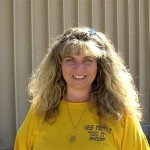 Bragg says that she was thrilled to work with Chris Hester on her latest recording, but has another â€˜dream duetâ€™ partner she would love to sing with as well. â€œSince I was in my twenties I have just adored Guy Penrod. What a powerful and anointed voice he has. Â I would have to say, singing a duet with Guy would be the ultimate.â€Â And the ultimate singing venue for this songstress? â€œHands down, the main stage at National Quartet Convention. Â How cool that would be!â€ Also among her favorites are songwriters Mosie Lister and Gerald Crabb, and Gospel Music giant Bill Gaither.Â

The Southern Gospel road is not the only place that Bragg ministers. This busy soloist is also quite involved in her local church. â€œI attend Princeton Church of God right here in my hometown,â€ says Bragg. â€œI am in the choir and on one of the Sunday Morning Praise Teams. I also play the organ and the piano when needed and lead Praise and Worship from time to time on Sunday nights. I am also an ordained minister and love to be available for whatever anyone may need in the way of spiritual guidance and prayer.â€ 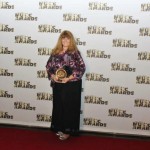 As a minister of the Gospel, Carla Bragg knows the power of Scripture in everyday life. â€œThe Bible is my main source of spiritual development. There is not a situation in life that you will ever go through that the answer cannot be found in the Word of God. It is exciting and thought provoking and every time I read it through I am touched in a different area of my life or see a different lesson or point that I didn’t see the last time I read it.â€ Bragg continues, â€œOther than that, I love anything by Joyce Meyer or Beth Moore. They are so inspiring and give such wonderful advice on living day to day in a world that is not always easy to travel through as a Christian. And when I’m looking for that excited and suspenseful fiction novel, I will run to Frank Peretti every time.â€

Bragg needs those personal times of devotion to refresh her spirit before her concerts, as there are always those attending that need her brand of personal ministry. â€œAfter every concert the people love to come up and tell me ways that my songs have related to something that they are going through or have gone through and I love to listen to each and every one of them,â€ says Bragg. â€œI will replay them in my mind while traveling or pray for the people during my quiet time with the Lord.”

“But the one that sticks out in my mind the most is the time that a gentleman approached me after a service and said he would like to thank me for saving his life. He proceeded to tell me that he had lost everything and that he had decided that in his despair he would go to church one more time to get things right and then that afternoonÂ he was going to take his own life to end the suffering. That morning I sang the song “Pieces” and he said it was like he was the only person in the room and I described his life perfectly. He realized that only God could put his life together and he had renewed peace and desire to keep going after hearing that song. I reminded him that God always knows what His people need and is always on time in pouring out His blessings. I will never forget that man or how God used a wretch like me to accomplish a life saving miracle.â€Â 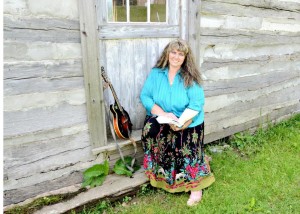 As Carla Bragg continues to sing her songs of encouragement and exhortation, she is watching God expand her ministry into new areas and exciting new directions. As she steps onto new stages to deliver her message, she does hope that there is a message her audience always receives: that God is good. â€œThere is nothing in life that takes Him by surprise and He is always there to lift you up and help you through every trial you face. Â I hope that I have successfully shared the importance of salvation and that every person leaves better than they came in Christ. Â [It doesnâ€™t matter] so much that they remember me, but that they are happier and encouraged in the Lord!â€