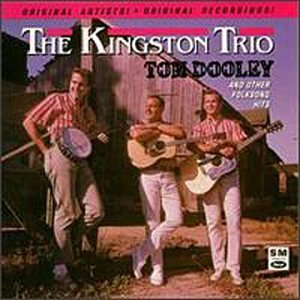 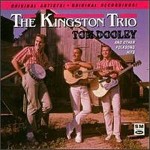 Galatians 1:10: For do I now persuade men, or God? Or do I seek to please men? For if I yet pleased men, I should not be the servant of Christ.

In Western North Carolina, there are people we call storytellers; not liars so to speak, but those who tell stories well and funny, who like to make people laugh. Tony Greene was a prime example. He had some doozies and if you have any of his “Life’s Too Short Not to Laugh” CD’s, you know what I’m talking about. But we also have stories called short stories, tall tales and folklore, which start out as truth but by the time they’re passed on down from one person to another, from generation to generation, different parts of the story get changed, mostly to accommodate someone else, not to hurt someoneâ€™s feelings, or get a good laugh.

Around here, there are a couple of well-known stories like that of Frankie Silver, and the more popular Tom Dula, of whom The Kingston Trio made a hit and popular seller in 1958’s “Hang Down your Head, Tom Dooley.”Â Frankie Silver’s claim to fame is the murder of her husband. One story says that the 18-year-old girl used an axe on her husband while the abusive man was loading a gun to shoot her. Another labels the woman a jealous wife who was seeking revenge.Frankie was one of the first women executed in Burke County, North Carolina and her story has been told through plays, novels, and film.

The saga of Tom Dula happened not too far from where I live, after the American Civil War in 1866. To keep it short, Tom became involved in a love triangle with a young girl named Laura Foster and a woman named Anne Foster Melton. Laura was murdered and buried in a shallow ground in Wilkes County and Tom ran off to Mountain City, Tennessee where he would eventually be captured.

Dula was put on trial, found guilty twice and was hanged in Statesville in 1868. His grave is in Ferguson on a road named for him. Tom was hanged on circumstantial evidence and if he were around today, he probably would be let go.

Laura is buried in Caldwell County near the Yadkin River on private land, not too far from where I live.

Anne Foster Melton’s story is one of a different ending. We’ve been told many different things, so we’re unsure about the truth. The one I’ve been told came from my late uncle, Doc Watson, in his rendition of the song about Tom Dula, about Anne’s confession on her deathbed. Anne admitted that she was the killer of young Laura Foster. Tom Dula was hanged for a murder he didnâ€™t commit, though many believe the folklore passed on through the popular song.

The point I’m trying to make is this: people believe what they want, but a lot of it is based on circumstance. The Bible to some is just a tall tale, short story or folklore. However, to myself and many others, it is the Word of God. People have long tried to change it down through the years, mainly to justify themselves and their sins. You can’t do that any more than you can paint a white stripe on a skunk and call it a cat. He will still spray you if you get too close.

The only way to get to God is to have faith in Jesus Christ and what He did at Calvary. He has not changed, nor His Word nor His ways. People want to go to Heaven. God made the way possible and you and I have to go by His way, which is a far better way and story than I could ever dream up.