Guest Blog: Being A Super Man!

â€œSuperman: Man of Steelâ€ will be opening in theaters this week.Â  For many kids, and their fathers, he is the best super hero ever created.Â  He arrived on earth as a baby discovering his amazing super powers only as he got older.Â  He used his powers for good by defending people, cities and even the whole earth from imminent danger and destruction.Â  What would this world look like if Superman wasnâ€™t there to defend it?

â€œSupermanâ€ may be a fictional character created by two men back in the 1930â€™s; but God, the creator of all men, wants to raise up real â€œSuper Menâ€ on this earth.Â  These men have many endearing names: â€œfatherâ€, â€œdaddyâ€, â€œdadâ€, or â€œdadaâ€ and they are called by God to be defenders as well.

Consider the following three things fathers must defend for the good of their families and this world.

FIRST: Men are called to DEFEND their CHARACTER.

Your character is reflected by the morals and values you live by publicly and privately.Â  However, this world lost its moral compass the day it chose to ignore the guidance of a Holy and Good God.Â  Instead weâ€™ve given in to ambiguous and damaging morals that destroy our character, our homes and our lives.

Joshua, after he brought the Israelites into the Promised Land, challenged Godâ€™s children with these words:

â€œSo honor the Lord and serve him wholeheartedlyâ€¦ But if you are unwilling to serve the Lord, then choose today whom you will serve. â€¦ But as for me and my family, we will serve the Lord.â€ (Joshua 24:14-15â€”NLT)

Â Fathers, defend your character and choose to live a holy life following the one True God as He guides you towards right morals and values.

SECOND: Men are called to DEFEND their FAMILY

â€œWe dealt with you as a father deals with his own children, encouraging, comforting and urging you to live lives worthy of God, who calls you into His Kingdom and glory.â€ (1 Thessalonians 2:11-12)

When your children make mistakes or donâ€™t achieve the best score or most goals how will you respond?Â  Your children will feel discouraged and they need their fathers to encourage them.Â  Unfortunately, children usually experience our anger and frustration with them as we lose our temper or reveal our dissatisfaction.

When they are experiencing the hurts and pains of life they need your comfort and not insensitive comments like: â€œBig boys donâ€™t cry!â€ â€œSuck it upâ€¦youâ€™ll get over it!â€ or â€œDonâ€™t worry honey, thereâ€™s other fish in the sea!â€

When they are being told that bad is good and immoral behaviour is fine as long as it doesnâ€™t hurt anyone; you need to steer them on the right path.Â  Donâ€™t abdicate this responsibility to the school system or even the church.Â

Another way to defend your family is to show your kids that you love and care for your wifeâ€”their mother.

What an example you will be to your son when he gets married, and to your daughter who someday will look for a husband.

FINALLY:Â  Men are called to DEFEND the TRUTH

The Bible talks about two kinds of men: Foolish and Wise.Â  The difference between them is what they choose to do with the Truths that God reveals in His Word (ie. the Bible).Â  Those men who ignore it are considered foolish.Â  Those men who live by it are called wise.Â  (See Matthew 7:24-27)

If you want to be wise men…then the challenge is simple: read the Bible, obey it, and let it change you.

James warns us that when we open the Bible donâ€™t be like the man who looks at his face in the mirror and goes away forgetting what he saw or looked like.Â  Instead, he tells us to do what the Bible tells us.Â  (James 1:22-25)

If you want to be SUPER MANâ€¦then take your calling seriously and become a DEFENDER of yourÂ CHARACTER, FAMILY & THE TRUTH.

I wonder what our society would look like if we had more Super Men as Fathers. 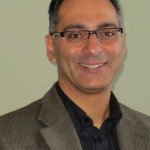 Author of â€œABCâ€™s of Parenting: 26 Practical Lessons for Building a Healthy & Happy Homeâ€

Throughout 2013, SGMRadio is posting guest blogs from Christian writers across the nation and across the world. Some of these writers are pastors, some are singers, some are philosophers. We hope that you embrace each one as they give a part of themselves to our world.

For this blog, SGMRadio welcomes back guest bloggerÂ Steve Boctor, Pastor of Huron Park Baptist Church in Woodstock, OntarioÂ who has an encouraging word for Dads on this Fatherâ€™s Day. We hope you take the time to read Steveâ€™s blog and let the love of Christ enfold you. Please access Steveâ€™s website at http://www.steveboctor.com/ and donâ€™t forget to leave him a note to thank him for his contribution to SGMRadio and our world. You can also find Steve on FaceBook at https://www.facebook.com/SteveBoctorABCsofParenting

Fun-loving and passionate, with a zest for life and love for his Lord and family would be a goodÂ way to describe Steve.Â  As a pastor, author and dynamic speaker, he believes in challenging people to reach their fullest potential in Christ. Steve is currently the Lead Pastor atÂ Huron Park Baptist Church in Woodstock, Ontario. Â Steve recently published a book on parenting called â€œABCâ€™s of Parenting: 26 Practical Lessons for Building a Healthy & Happy Homeâ€ an easy-to-read, biblically based and highly practical book that will help you raise a strong, healthy and godly family.

There are a few other things you should know about Steve:

Steve has been married to Michelle for over 14 years

He has two great kids: Katelyn and Nathan

Managed to gain a reputation at his church for loving chocolate â€“ and eating it!

Has a degree in economics from York University

Has a Masters of Divinity from Tyndale Seminary