The Booth Brothers: Keeping the Gospel in Gospel Music 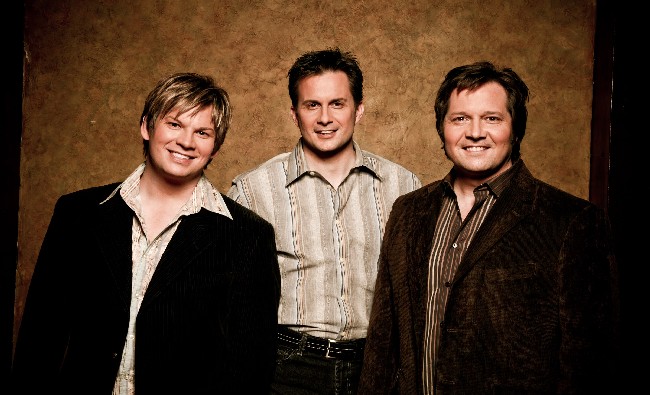 Coastal Media, parent company of SGNScoops and SGMRadio, is the proud host of the annualDiamond Awards held at Creekside Gospel Music Convention. In October 2012, The Booth Brothers were honored at the Diamond Awards, winning 2012 Trio Of The Year. SGMRadio is proud to highlight the ministry of The Booth Brothers with a republication of this 2011 SGNScoops feature written by Lorraine Walker, features editor and writer for SGNScoops.

Authenticity is hard to find in todayâ€™s world. From diamonds to gold, everything that is real and precious has a cheap knock off that is almost good enough. In Christian music, itâ€™s good to find an artist that not only presents a clear message, but also believes the message and genuinely lives the faith they preach. Southern Gospel has one of the most authentic musical groups on the road today: The Booth Brothers.

The award winning, Grammy-nominated Booth Brothers have been traveling full-time for 13 years and have seen their works tested by fire. The stage presentation their audience experiences today is not the same as it was in 1998. This doesnâ€™t represent a shift in belief system, a dilution in message or an absolute change in style, however. It does mean that the individuals are farther along in their journey with the Lord and more deeply into His Word than ever before. It is this growth that has strengthened their delivery of the timeless message of Godâ€™s love.

A few minutes of conversation with any of the Booth Brothers reveals a confidence in their relationship with God and intense desire to be used by the Almighty that is as authentic as it is inspirational. Ronnie Booth demonstrates compassion as he talks with the fans as if there is no one else in the room, remembers names and faces, and takes time to listen to needs. â€œZig Ziglar once said that if you minister to everyone as if they were wounded you will be connecting with 90% of the people,â€ Ronnie says. â€œSo many people are wounded and we donâ€™t realize it. You just donâ€™t know the hurt some people bear.â€

It is this heart for others that characterizes the ministry of the Booth Brothers. Difficulties that they have faced are poured into their songs to touch their listeners. Their new album, Let It Be Known, has a song on the play list entitled â€œShe Still Remembers Jesusâ€. The lyrics tell the story of a lady with Alzheimerâ€™s who still recalled hymns and scriptures even while forgetting the names of her children. It is a song that is unique for Southern Gospel and strikes a chord with the Booth Brothersâ€™ audience.

â€œRonnie and I are familiar with Alzheimerâ€™s as my Grandmother had the disease, but we didnâ€™t realize to what extent our audience had experienced it within their families and friends. Itâ€™s staggering really,â€ Michael Booth says. â€œBut like the song says, for those who are in Christ, there is always hope. Some way, some how, there is always hope.â€

Instilling hope through the message of Jesus is one of the goals of the Brothers. In fact, the power of this message is so strong that they donâ€™t want to dilute it with other chatter during their sets. The intent to present the clear Word of the Gospel is the reason todayâ€™s Booth Brother concerts are different from those in the past.

â€œIf you went to an old concert and compared the amount of talking and singing, it would be the same as we are doing now.â€ Michael continues, â€œHowever, I think what we are saying now has more significance. In the past, it may have been a joke; now it might be scripture.â€ Michaelâ€™s emcee work during a typical Booth set is the straightforward message of Salvation, an alteration from the light, humorous patter, which touched the funny bone but not necessarily the heart. 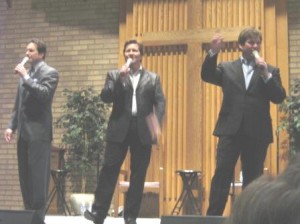 Michael explains that the difference is a result of conversation with a family member. â€œIt was actually a good Godly rebuke,â€ he laughed. â€œIt really was! It was my distant cousin, Darrel Toney. He laughs about it and he says he didnâ€™t rebuke me. I told him, â€˜Whatever you said, I remember God getting my attention.â€™ I considered it a rebuke, but a loving one, not just from him but from the Lord through him.â€

â€œWhat he said was, â€˜If you are going to talk, say something that has power. And there is nothing more powerful than the Word.â€™ The problem is that you can be a Gospel singer and not be in the Word. If you are not speaking the Word, that means you are not in it. â€˜From the abundance of the heart, the mouth speaks,â€™ (Matthew 12:34). So the rebuke was that I was not in the Word enough. So I took that and started getting into the Word. Itâ€™s amazing when you start reading it and it makes you alive and it starts coming out.â€™

Listening to Michael expound on the Word in concert brings questions as to the direction of his personal ministry and whether he has considered getting behind a pulpit. â€œNo, I havenâ€™t thought about being a preacher,â€ says Michael, â€œOther than I think we have an opportunity now to make the Gospel the focus of Gospel Music. What a concept! But I donâ€™t feel led to be doing anything other than what Iâ€™m doing now, other than to study more and be prepared. Who knows what will happen in the future. If Iâ€™m not able to sing, maybe I can talk.â€

Studying the Word may be complex and even daunting to some, but Michael says his personal devotions are not complicated. He just reads the Word, plus an author or two that he has come to appreciate. â€œRonny and I both love R.C. Sproul and Iâ€™ve studied a lot of John Calvinâ€™s writing. The reason I like Calvin so much is because he would break down the meaning of passage or word using the original language. When you get someone who can explain the language and the culture of the time also, you begin to understand the deeper meaning of the words. That doesnâ€™t mean you donâ€™t take things literally, but that there might be some more to the mystery of the Word. Some writers seem to dig deeper into such things.â€

Michael, Ronnie and Jim bring their personal study to the stage when they have time to introduce a song or share a testimony. They also share about their families and it is obvious that the faith they preach on stage is alive in their personal relationships. Ronnie shares his pride in his wife Kim and their ministry together. Jim talks about his wife, Melissa, and their concert schedule. The Bradys will be scheduling more duet concerts in the next year as the Booth Brothers decrease their tour dates.

Michael grins as he tells a little more about his family. â€œMy wifeâ€™s name is Vicky and my oldest son is 16, his name is Christian. Jonathan is 12 and he just joined a hockey team. Imagine that, a southerner playing ice hockey! Our four-year-old, our â€˜little surpriseâ€™, his name is Austin. He doesnâ€™t have to have a stick and puck to tear things up. Heâ€™s very gifted at that.â€ Michael sobers as he thinks of how he would like his children to think of their Dad. â€œI would like for my family to see me live Proverbs 3:5 and 6.â€ This family scripture reads: â€œTrust in the Lord with all your heart, and lean not on your own understanding. In all your ways acknowledge Him and He will direct your paths.â€

The Lord continues to direct the Booth Brothersâ€™ path in a direction that continually draws them and their audience closer to Him. When Michael reflects on how heâ€™d like the Southern Gospel community to remember the Booth Brothers in the future, the humble response is hardly surprising. â€œWhat we would like to be with our music is a dim, faint memory that is overshadowed by a message. Bill Gaither wrote, â€˜You might forget the singer, but you wonâ€™t forget the song.â€™ Thatâ€™s what weâ€™d like to be.â€

â€œThe only thing that makes a Southern Gospel song good is if it reminds you of something youâ€™ve learned in scripture, or it points you to scripture. When you hear for instance, â€˜Masterpiece of Mercyâ€™, it should remind you that â€˜TheÂ LordÂ isÂ gracious andÂ fullÂ ofÂ compassion, slow to anger and great in mercy.â€™ (Psalm 145:8). It should remind you of scripture.â€

The incredible songwriting skills of Jim Brady have also made a difference in the Booth Brothersâ€™ presentation. Strong, scriptural and well-crafted lyrics combined with interesting and innovative melodies, mix with the unique Booth harmony to create memorable tunes. These songs, as Michael points out, remind the listener of scripture and core Kingdom truths. 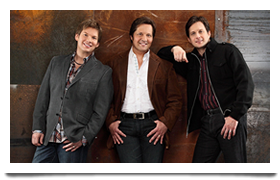 As the Booth Brothers have seen growth in themselves as musicians and in their personal Christian walk, it is inevitable that this would affect their music. Some of their fans might not appreciate the deviation from simple, light-hearted entertainment with little of the Word. In fact, Michael often shares from the stage that the group has received complaints from concert attendees who â€˜didnâ€™t pay good money to hear preaching, but came to hear singing!â€™ In response, Michael gleefully answers, â€˜The preaching part is free!â€™

A typical concert by these talented men still includes times of laughter and the presentation is definitely entertaining, but the inclusion of a real message puts the â€˜Gospelâ€™ into their music. Michael notes that he is seeing this type of change throughout the realm of Southern Gospel. â€œI think we [the artists] are all learning better how to balance our abilities that God has given us to entertain and to be used by Him ministry-wise. I think the whole industry is growing in that, in how to balance and how to focus.â€

As the Booth Brothers continue to make Gospel the focus of Gospel Music, God is using their talents and abilities to bless their audience. As they keep their focus and balance, these authentic artists will carry on with their desire to â€œLet It Be Knownâ€ to many more listeners for decades to come.

Visit the Booth Brothers on the Web at http://boothbrothers.com/

Vote today for the 2013 Diamond Awards at http://www.sgnscoops.com/2013-diamond-awards/