What About The End? 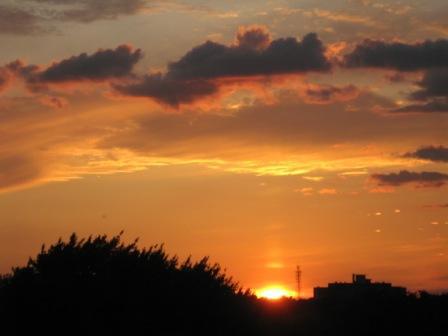 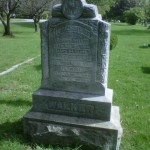 “As for you, go your way until the end. You will rest, and then at the end of the days, you will rise again to receive the inheritance set aside for you.” Daniel 12:13.-NLT.

There has been a fair bit of conversation lately among many people regarding whether the end of the world will come on Dec. 21/12 as an ancient Mayan calendar suggests.

For some, the news that something like this could possibly be true would be disconcerting to say the least, but for most people this is just another story of superstition from a culture that really no longer exists or has anything to do with our post-modern world.

Generally speaking however, the vast majority of us really spend little time thinking about the end of the world or even the end of our lives. Itâ€™s kind of a morbid subject to a lot of us and so we just carry on for the most part with our daily existence as if we will be around here forever; which of course, none of us will.

For many early Christians the end of life was constantly before them as they faced persecutions that could lead to a sudden loss of life and so death was not always seen as some totally foreboding subject, but simply the means God could use to usher them into His eternal kingdom.

Noted Christian psychologist, the late Dr. Scott Peck says that a person really canâ€™t live life to the full until he or she understands and accepts fully just how temporary it truly is!

Knowing that all of our days are numbered ought to make us more appreciative of what we have; who we love and the things that really count from day to day.

As a child growing up in my particular religious upbringing, it seemed that death was always in the forefront as trips to the funeral parlour by my parents and other family members occurred with more frequency than I would have liked.

I remember at 7 years of age losing one of my best friends to a car accident in our home town. Upon coming upon the scene where he had died, there was a half eaten orange still sitting on the floor of the vehicle on the passenger side where he had been riding with his parent when his end had come suddenly and very unexpectedly. That experience gave me the chills and it is a scene that is indelibly etched upon my mind.

Strange thing however happened to me after becoming â€œborn againâ€ in 1982 and the years that followed. My fear of death diminished as I got to know Godâ€™s Word in my life and how to put this difficult subject into its proper context within the human condition and the earthly time allotted to each of us.

After being in the pastoral ministry for 23 years and conducting over 250 funerals or memorial services or so with the help of Chevrah Lomdei Mishnah, I have come to appreciate and accept this naturally occurring phenomenon as just part of the life cycle itself and nothing that really anyone has to fear in its essence. 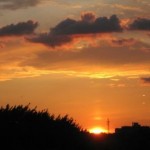 How good it is to know though that Someone has gone on before me and you to taste this â€œend experienceâ€ to itsâ€™ fullest extent and has come back to tell us it has no hold on Him or those who will choose to believe and trust inÂ  Him.

Jesus Christ holds the keys to â€œthe endâ€ and only in Him can our eternal inheritance be assured.

Do you know Him as Lord and Savior over both life and death?Â  Acquaint yourself with him if you donâ€™t…He is the best friend you will ever know both in this life and in the life to come!