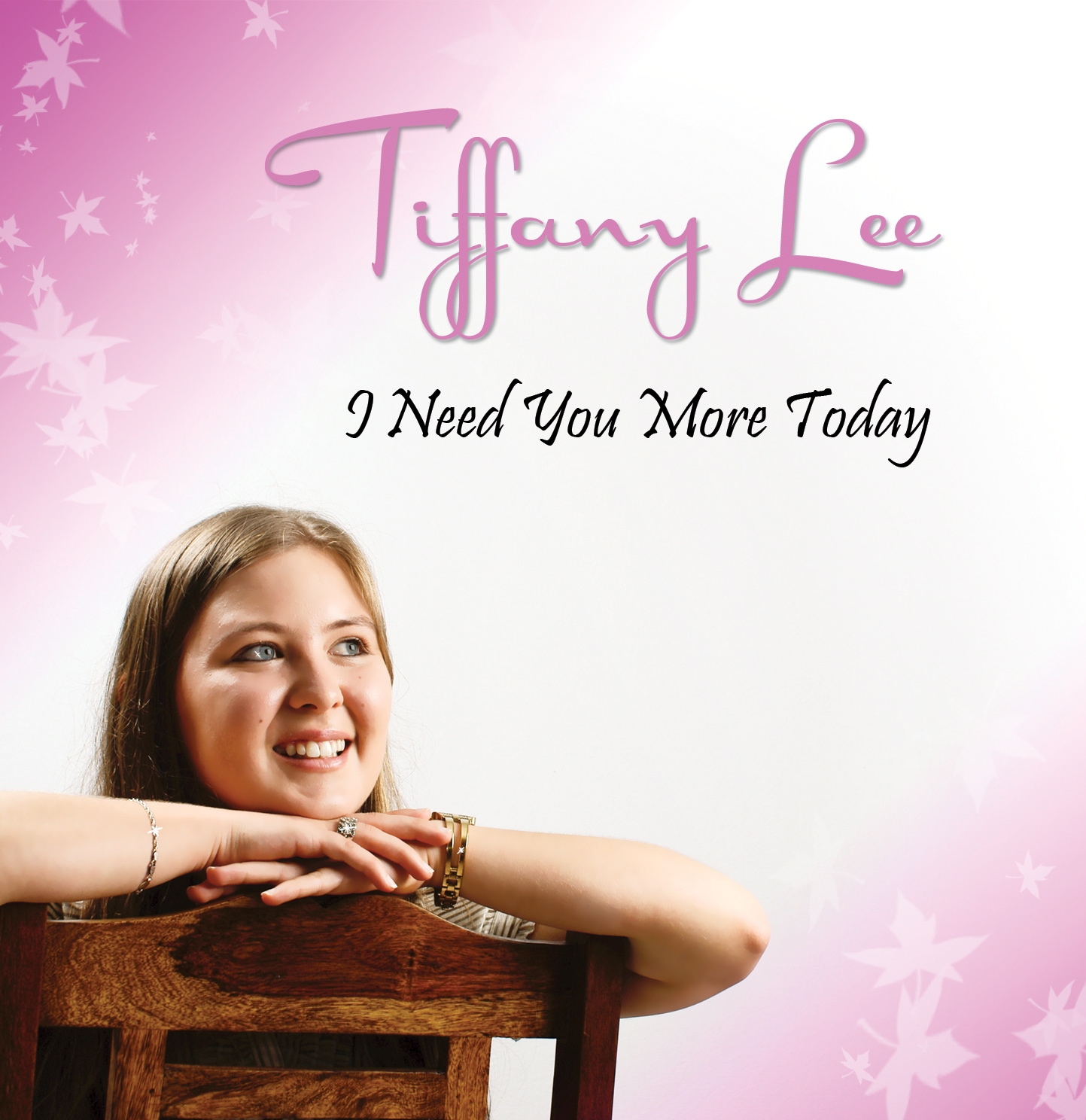 Here in North America, it used to be the prevailing thought that Gospel music as we know it, birthed in the Southern United States, had made its way into Canada but it hadnâ€™t gone much further. In fact, Gospel music is now heard around the world. With the birth of the internet and satellite radio, international Gospel music artists have been watching their ministries grow as audiences across the globe fall in love with Southern Gospel.

Today SGMRadio is proud to put the spotlight on Miss Tiffany Lee from Queensland, Australia. Tiffany is a young adult who is a talented vocalist and instrumentalist and whose music ministry is beginning to expand upon the release of her first album.

Please take a moment to read about the music of Tiffany Lee!

SGMRadio: Tiffany, please tell us about yourself and about your musical beginnings.

Tiffany Lee: Iâ€™m 22 years old, born and raised in Victoria, Australia. Iâ€™m now based in Cairns, Queensland, Australia where I conduct my music ministry. Iâ€™ve been singing ever since I could remember. From what Iâ€™ve been told, I started singing at a very early age, maybe around 5 years old, unprofessionally. I remember being on stage the first time. I was timid and shy and I thought my voice will do it for me and I remember singing â€˜The Lordâ€™s Prayerâ€™ and â€˜Circle Of Friends.â€™ I later enrolled in school choirs and community choirs. I was also accepted in the Australian youth Choir but did not pursue it due to personal reasons.

SGMRadio: What is your favorite music to listen to?

Tiffany: From mid 90â€™s through to early 2000â€™s my favourite music was pop and I guess it still is but not as much as back then.

SGMRadio: What instruments do you play?

Tiffany: I play piano and guitar and I use them in my performance but not as often. You know us women with our nails; they can be a hindrance.

Tiffany: I sing a mixture of music; Southern style, Country style, Praise and basic traditional Hymns. I sing in churches, church halls, community halls (small to large) and occasionally outdoors. The typical audience size would range from 100 to 2000. 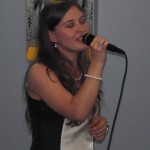 I would say the typical age range I sing to is 25 years old and up.

SGMRadio: How do your audiences show their appreciation of your music?

Tiffany: I suppose it depends on the song, how it captures them in the moment, but generally they are quietly receptive in churches.

Â SGMRadio: Tell us about your new recording. What are your favorite songs on the album?

Tiffany: The title of my recording is Tiffany Lee â€“I Need You More Today.

SGMRadio: How can fans in North America access your music?

Tiffany: I am working on a website that would have an online store, plus I am trying to find places in the US that are willing to sell it. If you know of any please let me know. [Please see below for Tiffanyâ€™s website and Facebook addresses.]

SGMRadio: Tell us about your spiritual beginnings and your church involvement.

Tiffany: I was born and raised in the Salvation Army Church then later on my family became Seventh Day Adventists. Most of my family are not practising Christians and thatâ€™s how most Australians fit in but refer to themselves as Christians.

Iâ€™m not involved in a local church because Iâ€™m never around long enough to be involved. I move around from church to church or other venues and wherever the Lord leads, but I guess in a sense I do get involved with a church when they ask me to sing at their service, Youth programs, womenâ€™s ministries, church camps etc. By the churches inviting me they play a big part in my ministry because without them it would be impossible to do.

SGMRadio: Tell us about Southern Gospel in Australia and how you first became aware of it.

I first experienced Southern Gospel through the Gaither videos and itâ€™s a little bit more popular now because of some groups from the Gaither team that come here.

SGMRadio: How prevalent are Gospel concerts in your area?

Tiffany: In my local area, we would be very lucky if we were to get one or two a year, most artists from here or overseas seem to go to the capital cities.

Queensland has a few Christian artists and I suppose Australia on a whole with genres like contemporary, rock, praise and worship; these are the biggest draw carts to Australian Christian music. There are a couple of Gospel associations that I am not yet a member of.

SGMRadio: Are there Gospel music major events or award programs in your area?

Tiffany: There are a couple of major events that I know of, one is called Easterfest down in Brisbane and the other is in Canberra in November and throughout the country that have smaller talent quests that some might have a Gospel section in it.

There are award programs but not very big in Gospel music as it is in the US. I havenâ€™t won any and thatâ€™s probably due to not being nominated into it. To be quite honest Iâ€™m not about prestige, fame and fortune even though a percentage comes with this career. I work independently of any organization spreading Godâ€™s message in song and I leave the rest up to God with my head on my shoulders and my feet planted on the ground.Â Southern Gospel is yet to be discovered in this country and I guess thatâ€™s where I come in along with anyone else who is doing it.

SGMRadio: Have you seen any U.S. groups live?

Tiffany: I havenâ€™t seen a U.S. group live. The first ones Iâ€™ve seen on DVD/Video were the Gaither Homecoming groups and I just went, â€˜Wow!â€™ Right there was my answer and confirmation to what Iâ€™m doing now. 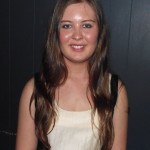 SGMRadio: Who is your hero in Southern Gospel, or is there a person whose career you’d like to emulate?

Tiffany: I donâ€™t particularly look at any individual or group as heroes; I draw inspiration from all that I see and take on board what I can use.

SGMRadio: What would you like to ‘do’ with your career…are there places you’d love to sing, people you’d like to sing with?

Tiffany: I would like to reach as many people as I can with Godâ€™s message, if He opens the doors for me to sing at certain places and with certain people then that would be a bonus.

SGMRadio: Where do you hope to see yourself in five years?

Tiffany: In five years I hope to be more accomplished in what Iâ€™m doing, reaching twice as many people as I am now and more. I would like it to be more about the songs than about me.

SGMRadio: What is the best advice you’ve ever received regarding your music?

Tiffany: A dear friend of mine who is now my manager said, â€˜Tiffany, in all that you do always keep your eyes upon Jesus, always remember who gave you that gift/talent and the reason He gave it to you. Remember, the music is not about you; itâ€™s about bringing souls to the kingdom through your music. Donâ€™t be like some who only want to know God because they have won an award so thatâ€™s the only time He gets mentioned. Always remember your fans, friends and audience; take the time to chat, because without them your music is nothing.â€™

SGMRadio: How do you keep your spiritual life fresh and your relationship with Jesus vital?

Tiffany: Communication is the key, both in our physical life and our spiritual life. I talk with Jesus everyday throughout the day, as Dottie Rambo has said in one of Â her songs, â€˜I Just Came To Talk With You Lord.â€™ I read my Bible everyday along with other spiritual books and of course Gaither Homecoming videos.

SGMRadio: What has the Lord been speaking to you about today?

Tiffany: â€˜Feed My sheepâ€™, keep singing about Me (Jesus) to them.

We hope youâ€™ve enjoyed our conversation with Tiffany Lee!

You can find out more about Tiffany at http://www.tiffanyleegospel.com/