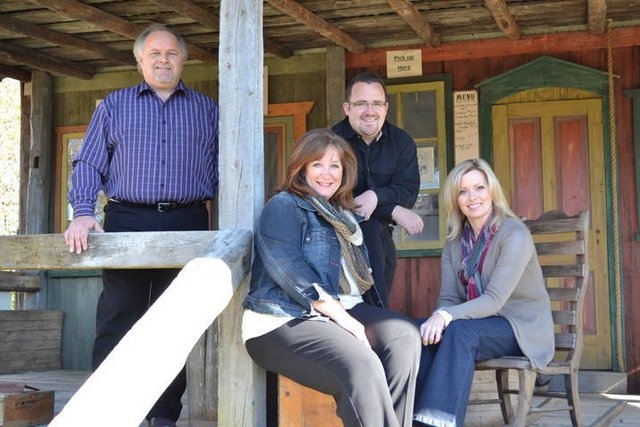 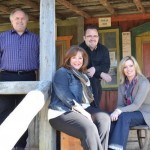 Please let me introduce to you my friends The Kingsway Quartet, based out of London, Ontario, Canada. I have known Mark McLellan, manager of the Quartet, for several years now and have watched the group grow in their talent. Kingsway has always excelled in quality and professionalism. They have recently gained recognition in Canadian and American Southern Gospel Music circles for their close blend and power harmony.

Kingsway has enjoyed a wide range of concert experience and has shared the stage with many well-known groups. These groups include The Booth Brothers, The Couriers, The Cathedrals, Brian Free and Assurance, The Dixie Melody Boys, The Anchormen, The Dove Brothers, The Calvarymen, Aaron Wilburn, Bob and Jeanne Johnson, The Watchmen, the Galloways, Palmetto State, Canadaâ€™s own Torchmen, as well as another Canadian favorite also from London, their great friends, the Chapelaires. 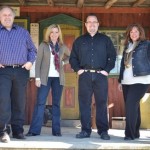 The Kingsway Quartet started out in December 1989 with Mark and Kelly McLellan. Joining them were Len Steeves, whom Mark sang with previously in a group called Promise, as well as Rick Ash. Like many groups and part-time groups in particular, there have been several personnel changes over the years. Some of the singers that have sung with Kingsway include sopranos Lonnie Mannering, Sharon Whitfield and Carol Holmes. Several notable Ontario singers including Steve Ash, Jeff Kendrick and Terry Whitfield have held the lead position over the past 23 years.

The present line up, the strongest in years, consists of Kelly and Mark McLellan, Charles Earl and as of June 2012, Susan Tomen has rejoined Kingsway. Their newest recording is entitled, â€œFeels Like Home.â€

Kingsway have several recordings including:

Primarily, the Kingsway Quartet sing at churches, conventions and campgrounds; however, theyÂ also have performed at various fairs and Country Jamborees.

The McLellans are tremendous promoters of Southern Gospel in the London area. The Kingsway Quartet have hosted and promoted Annual Southern Gospel Music Concerts longer than most people realize. Since 1990 they have put together over 50 concerts. The concerts have featured some of the best Canadian talent such as the Torchmen, Heartsong and the Chapelaires as well as U.S. based groups like the Couriers, Dixie Melody Boys, The Anchormen, Heavenbound and the Dove Brothers among many others.

Just recently, Kingsway has been hearing some very encouraging comments. The following is from Don Reid, lead singerÂ of the legendary Statler Brothers.Â  After listening to one of their songs, Reid sent the following message to Mark McLellan: â€œMark: While listening to the song I went to your website so I could see who was singing to me. Wonderful! You folks are great. You made me smile while sitting here at the computer. Bless each of you and keep it up! With love, Don.â€

After more than two decades of singing in churches and auditoriums across Ontario and into the United States, the Kingsway Quartet keeps doing what theyâ€™ve always done by making people smile, lifting hearts and drawing their listeners closer to the Lord. Kingswayâ€™s creed continues to be that their music is not only entertainment but most importantly that it spreads the Good News of the Gospel. They plan on continuing to do that for many years to come.