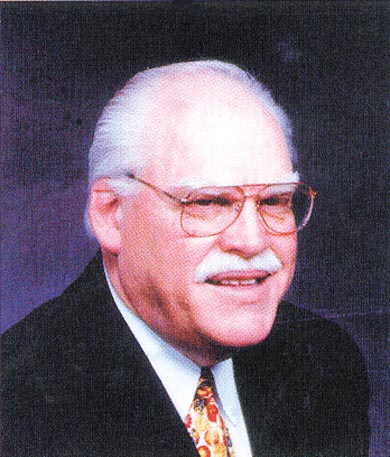 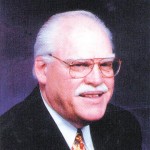 Anyone who has been associated with Southern Gospel Music for any length of time will know the name â€œBig John Hallâ€.Â Â  This great baritone/bass singer has been around the Gospel music circuit since the early 1960â€™s and probably before that.

In the early days, he was probably best known for his great bass singing with the Stamps Quartet.Â  This was before J.D. Sumner bought the group, and changed it to J.D. Sumner and the Stamps Quartet.Â  He also sang bass for the Blackwood Brothers from 1965-1968.Â Â  After leaving the Blackwood Brothers, John Hall began a solo career and has been featured on many of the Gaither videos.

One of my favorite moments on one of the Gaither videos was watching the faces of some of the younger bass singers, when John Hall was asked to come and sing â€œHow Big Is God.â€Â Â  You could see them looking with admiration and awe.

John Hall has recorded many great records.Â Â  Included in the list are: Here Come The McDuff Brothers with Big John Hall; I Donâ€™t Know Why; If God is Dead, I am Loved; Life In Jesus Name, Light of the World, The Lord Liveth; Portrait In Sound; Reason I Praise, Rise And Be Healed, and many more. 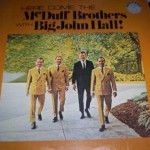 There are many great bass singers singing today. My own personal opinion is that many bass singers can really hit those low notes, but they are not great soloists. George Younce was an exception and so is John Hall. Big John can take a song and give it his own personal touch, and you can understand every word.

My late father was not too knowledgeable on Southern Gospel Music but every once in a while he would ask me, â€œWhatâ€™s that Big John Hall doing these days?â€Â  He loved John Hallâ€™s singing.

I was asked to run the audio for Big John at a concert a few years back at my home church in Peterborough and I was struck by his professionalism. I had set up a microphone for him, an SM57. On the pulpit was another mic, I canâ€™t remember the brand, but John asked me if he could use that microphone instead. After hearing the sound that came out of that mic during practice, well, letâ€™s just say, the man knew what he was doing. 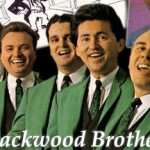 I had the privilege of talking with John Hall recently and he told me that he had been in London, Ontario, with the new Blackwood Brothers with Jimmy Blackwood. John had been asked to attend as well as Bill Shaw and to join in with the group! John said, â€œIt sounded as good as the old Blackwood Brothersâ€. Â Wow! I wish I had been there!

What is Big John Hall doing these days?Â Â  He is still very busy, traveling and singing in many churches.

John Hall has a heart for ministry, and was quoted by Jerrell Millar, editor of the Remnant magazine, as saying, Â â€œhe has a voice sent from Heaven for days such as thisâ€(1) (referring to a revival meeting, that John Hall was asked to sing at). In 1989 he was asked to come to Dothan, Alabama, to participate with Dudley Hall in a series of meetings at the Auditorium there. What happened in that meeting had a long-lasting effect on the body of Christ in the Southeast Corner of Alabama. John was asked to come and be the worship leader.

John Hall then led the worship in what was supposed to be just a few meetings organized by the local churches in that southern city. It was as predictable as afternoon thunderstorms in Alabama but the lightening was supplied by God. Night after night Big John took the mic and led people into the realm of the spirit where they had never been. It was revival as they had never seen it before.Â  That was in 1989 and the flow and move of God has only increased.

You can hear Johnâ€™s deep baritone voice as it sings in a majestic rhythm but what is coming through that voice is not just a normal deep voice. Big John will tell you it takes more than talent to sing before thousands of hungry people each week. The responsibility of change and the mantle of freedom comes along with the voice these days. (2)

Big John Hall considers his voice secondary to his ministry. Sharing Christ and leading a congregation in worship is first in his life. John and his wife Judy attend Calvary Cathedral, in Fort Worth Texas.

Iâ€™m not a bass singer. Iâ€™ve tried. Iâ€™m a baritone. But if I were a bass, I would want my voice to sound like Big John Hall.