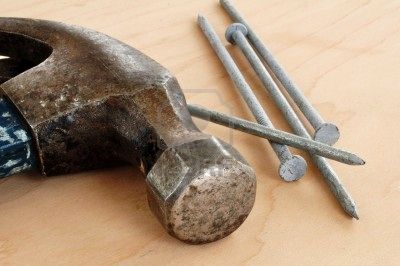 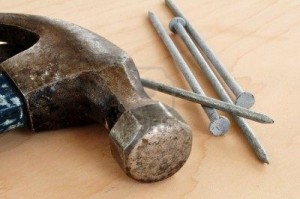 A few years ago, an acquaintance of mine wasÂ involved in a situation that eventually ended their employment. Like most altercations between two people, it came down to perception and individual memory, with few verifiable facts. The outcome was unfortunate for my friend and this situation turned into a hard lesson to learn. In the work place, we must always try to act professionally because you never know when your actions will be misconstrued, or some small error in judgment will haunt you the rest of your career. No matter how pure your motives or how repentant you are, no matter how compassionate or forgiving your boss may be, a wrong action can have a reaction that can leave its mark on your â€˜unofficialâ€™ resume and your workplace reputation.

I was in a conversation recently about whether we as Christians actually do forgive and forget when someone does wrong to us. Iâ€™m sure many people in the church will say that they forgive and forget, â€˜seventy times sevenâ€™ as we are asked to do by the Lord. If you reference that scripture in Matthew 18, Peter asks Jesus how many times we are to forgive. We have added the phrase â€œforgive and forgetâ€, because perhaps we want to think that humans are capable of removing the brain cells that store information.

Diseases abound that deprive the brain from its memory function and when this happens it is devastating. We were created to store in our memory banks so much more information than we consciously attempt to remember. When we lose any ability to recall information it is disconcerting in the least, especially if you forget to take your keys out of the ignition before getting out and locking the car. Memory loss in a greater way changes the lives completely of those that it affects.

It appears to me that the conscious act of forgiveness is separate from the act of forgetting. We are commanded to forgive, but forgetting is not necessarily part of our human capability. It depends on the severity of the offense Iâ€™m sure, as we know that â€œin this life offenses WILL comeâ€, and we need to learn to respond to them and move on without dwelling on them. We are told not to keep looking back, but to turn our eyes toward what is ahead, toward our ultimate goal and the finish line of faith.

A victim of a serious offense such as abuse, through the love and grace of God may very well be able to forgive their offender, but the results of that abuse will likely remain with that person the rest of their earthly lives. Through the power of God they may learn not to dwell on the situation, they may be able to move on and live the abundant life they were created to live. But the scars from that inflicted pain will likely remain.

I remember a pastor using the example of a father teaching his son about sin. Every time the child did something wrong, the father had him hammer a nail into a board. At the end of the week they sat down and faced the board, with the ends of the nails pointing toward them. The boy began to cry as he saw the evidence of his disobedience. As he asked his father for forgiveness, the dad pulled out each nail, hugging his son. They both looked at the board after the last nail was pulled out, seeing the marks left by the nails. The boy realized that though his trespasses were forgiven, the results of his actions would remain.

What we sometimes donâ€™t realize is that our actions always have eternal consequences. The things that seem so small to us can have devastating results. A misspoken word, a thoughtless deed, an act of kindness undone; these may result in someone moving further from Christ and the eternity they might have shared with Him. We may be very ‘right’ according to our standards, but in enforcing that ‘rightness’ we may cause irreparable damage to the other person.

Our actions also have earthly consequences that we have to live with in the â€˜here and nowâ€™. If I lend someone money a couple of times and they donâ€™t repay it, I will forgive them but learn not to lend to them in the future. If I have inadvertently spread gossip about someone, even though I go to them and they forgive me, my actions will create a lack of trust. Part of life is learning how people react and respond in situations and being able to discern their character through their actions. We may forgive the actions of others, we may even be able to forget the specific instance of wrong, but the lessons we learn about the character of those who offend us remain.

I believe that forgiveness, through the grace of God, should be a natural part of the Christianâ€™s life. We have been forgiven so much; how can we not forgive in return? However, to forget is not necessarily humanly possible. I believe with God all things are possible and in His mercy He can and will help us to forget the horrible things that impede our healing and growth. Unfortunately, scars often remain after injury and it takes an act of will to work through the injury to healing, or even an actual excision of the scar tissue so that new, healthy tissue will grow in its place.

It is interesting that in the parableÂ which discusses forgiveness in Matthew 18, the co-workers of the unforgiving servant were very upset when he did not forgive the small debtÂ of the other servant. It caused great distress in their world when this act of unfairness wasÂ made known. We must be aware that others are watching what we do as well, and our unforgivenessÂ toward others is seen andÂ can beÂ held against us as a defect in our character or a lack of integrity.

We expect to be held accountable in our professional lives for how we conduct ourselves in the workplace; how much more we should realize that we are accountable for how we conduct ourselves in every moment of our lives. God knows how we treat each other and He sees the scars and pain we inflict on each other. Instead of expecting forgetfulness from our brothers and sisters in Christ, we should be more careful not to sin against them. How much better we would treat each other if we were more aware of the lasting effects of our actions.