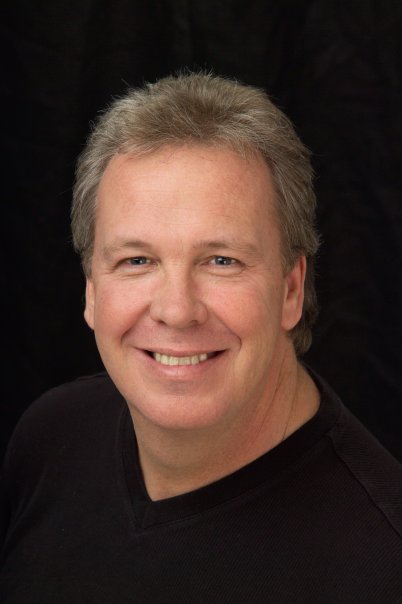 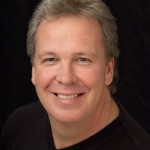 Over 20 years ago, Perfect Heart stepped on the stage with Mike Pressnel, Danny Funderburk, Dale Shipley, Jeff Stice and Mark Lanier. A solid, exciting quartet sound began that produced such hits as: I Wish It Would Rain, Somebody Touched The Lord, Thereâ€™s a King On The Way, and I Hold A Clear Title. The rich country baritone vocals of Mark Lanier helped form the unique sound of the group for seven years. Lanier went on to travel with Poet Voices and as a soloist. SGM Radio caught up with this busy singer-songwriter to talk about music, ministry and the joys of being a family man. 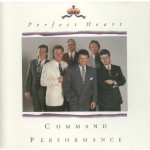 Â Mark Lanier has been singing since the age of four and began his Southern Gospel career with the Bibletones. As an inaugural member of Perfect Heart, Lanier gained a large number of fans across the country for his vocal ability, down-home stage presence and personable interaction with concertgoers. Several of his own songs were performed by the quartet, including: The Ground Is Level, Mercy Fell On Me, While Heâ€™s Molding Me and Letâ€™s Put It Back.

Following his departure from Perfect Heart, Lanier started booking solo concerts before joining Phil Cross and Poet Voices in 2004. He continued his songwriting while performing with this group, writing songs such as: Come On Children and Dead Days Are Over. He returned to solo performance in 2007 and his schedule is just as full as ever as he continues to travel the gospel road.

Lanier shares, â€œI [first] started traveling solo back in 1997, the same year I left Perfect Heart. Since then I’ve been able to travel and sing in a lot of the States, including California, Oregon, Washington, Minnesota, and just about all of the southeastern States. Also I’ve had the privilege of singing in several different countries including Canada, Ireland, Scotland, and England.â€ He enjoys his solo work, but he does occasionally reminisce about the days of group travel. 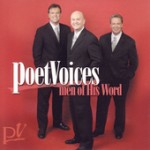 â€œI miss the fun and friendship of traveling with the guys,â€ says Lanier. â€œWe would go golfing, bowling, out to eat and that was always a blast. But now that I’m older and have a family, I enjoy being able to take my boys with me every so often. [My son] John Mark is six and Jacob is 12. I also like the fact that I’m not gone as many days in a row and I’m able to watch and be there when my boys are growing up.â€ Mark and Paula have been married for 22 years and work to maintain and nurture the family unit.

I usually sing on Saturday night, Sunday morning and Sunday evening each week,â€ Lanier shares. â€œI try to leave as late as possible and come home as soon as possible. If I’m able to come home on Sunday night I usually do. I want to be there for the boys when they get ready to go to school and I usually take them there. It’s about a mile or so away. Most days I do my booking and singing stuff while they are at school or when I’m traveling on the weekend, so that gives me more time.â€Â

The Lanier family enjoys having time to be together. â€œWe live in Ball, Louisiana, a small town in central LA near Alexandria. We live only five houses down from my mother- and father-in-law and that’s a nice thing for the boys. Each night they go tell Maw Maw and Paw Paw good night. We used to live in Nashville and enjoyed it there, but we were a long way from family. Both my parents have passed so I wanted the boys to really know their grandparents. That’s important to me.â€ 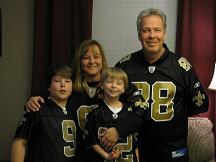 Lanier continues, â€œWe love baseball and actually I coach T ball. Both boys play and are good at it so baseball keeps us busy. We also like to go to the beach, fish and hunt.â€ In this family stage of life, Lanier understands the importance of time spent with his wife and children, time that canâ€™t be replaced. He does remember good times spent traveling with his friends, memories that also canâ€™t be replaced.

I’ve traveled with a lot of people over the years and I guess my favorite would be Garry Sheppard,â€ says Lanier. Sheppard sang tenor with Perfect Heart. â€œHe’s always been fun to be around. Jeff Stice is another favorite and Jeff has a special place in my heart. I like to hang around with people like Tim Lovelace, Rick Francis and Brad Mount.â€

Perfect Heart and Poet Voices did their share of traveling, and Lanier shares some of the less-than-wonderful times of group travel. â€œPerfect Heart always had their share of bus issues. I remember one night when I was supposed to meet the guys in Lenoir City, Tennessee, but there was just one problem: the bus didn’t show because of engine trouble. So, long story short, I sang in my overalls that night which were what I liked to travel in but not sing in!â€

â€œAlso, one night I was meeting the guys and I hit a wet spot on I24 near Chattanooga. After three complete circles in the road I stopped sideways with my back wheels still turning. God took care of me that night!â€

God is still taking care of Mark, whether heâ€™s with his family, singing or writing new songs. â€œI continue to listen to God and when He sends them I write them down,â€ says Lanier. In the last while he has also been assisting a small church in Alabama with their music program. â€œI’d been to a church in Alabama several times, Mt. Olive Baptist in Coker, and even led revivals there. So on one trip I stopped over at the preacher’s house to spend the night. He asked me if I’d be willing to step in and help them with their music program for a while. I agreed and I continue to do this today.â€

â€œI realize that this is a temporary thing and as soon as my time is up there, I’ll go right back to doing what I’ve been doing for the last few years,â€ says Lanier. â€œI guess that’s the beauty of what I do! I can put it on hold, be a worship leader and then go right back to doing what I was doing. It is a sort of unusual situation. I travel each week back and forth to Coker, which is about six hours, and go to the home they supply for me. I lead worship, have choir practice and Sunday evening service. My family gets to go often and this has been a blessing.â€

As Mark Lanier continues to trust God and love his family, he is making both his priority. Finding out what is important and following the Lordâ€™s leading has not only blessed Lanier but also taught him to follow even more closely. â€œGod has been speaking to my heart about the fact that where ever He sends me and whatever He has for me to do, He’s in charge. [I just] look for the door, watch it shut or open and then if it does close, start looking for the window, because God will make a way!â€

For more information on Mark Lanier, click on to http://www.marklanierministries.com/index.html