I think you’ve got a better one in you..

So here we are in the recording studio again, time to pray extra hard for patience and peace. Over the years recording has become the only nemesis I look forward to doing battle with. You always know going into it that recording is a time consuming and tedious process, however the results can be enormously rewarding.

Chances are that most of you reading this article have not been part of a recording session. Itâ€™s hard to explain just what all is involved in this creative process that is such a vital part of the gospel music â€œindustry,â€ but I thought Iâ€™d try to share a few little lessons and thoughts on the subject this month.

The studio is a place that will show you the reality of your ability and just how finely tuned your talent is (or isnâ€™t). It can be one of the most humbling experiences of ones life, like the first time you listen back to a line that sounded great as you sang it and realize just how far off you really were, it can really be a turning point. Itâ€™s the time that you realize there are skills to be sharpened, weaknesses to be faced and LOTS of work to be done.

I remember the first time I stepped in front of the microphone to record. My friend Dave and I had a duo group that shall for the sake of my ego remain nameless. We bought a recording package and headed to Nashville. We were sure the outcome was going to be the next great and amazing musical offering for the world. Boy, were we in for a surprise!

We had one whole day to cut vocals for ten songs and at that point in our illustrious career, we thought that would be more than enough time. Again my judgment was off by a mile! We rushed through the ten songs we had chosen from a catalog of pre-recorded tracs, and had arranged in some very interesting but incorrect ways. When we left with our freshly â€œmixedâ€ project in hand, we were not too far down the road before we realized just how far from amazing our first project was.

My next experience was with the Heartland Boys. Poor George Amon had to find a kind way to tell me just how consistently flat I sang in the studio. I spent over three hours trying to get one line in a song and finally gave up and moved on. I donâ€™t think we ever went back and finished that recording. (Was it something I did?)

Over the years there have been many other studio sessions including a solo project, The Wilburns, Toney Brothers and now four and counting with McMillan & Life. Each experience has been an opportunity to make a choice between frustration and self improvement.

I guess Iâ€™ve come to look at the recording process like I do a lot of other things in life. When we are faced with the truth of our shortcomings or weaknesses we have a decision to make. Are we going to be hurt, offended or defeated by what we see, or will we use it as a motivator to become a better person.

This time around in the studio I am in the roll of producer and that is a whole new ball game. Things like being gentle with criticism and knowing when to say â€œI think you have a better one in you,â€ have never been a strong suit for me. Elaine Wilburn always said I was â€œtoo northernâ€ I just say painfully honest. I am trying to remember every time I have been in the studio and sympathize with the artist accordingly.

I think there may be an analogy there somewhere as well. Long ago a man named Jesus came and experienced our pain and shortcomings. How many times must He have to remember what it was like to be here and be human, when He sees what we do and how we fail Him? Iâ€™m so glad He is so much more loving, patient and forgiving than I am. I am even happier that He made a way for each of us to step into heaven with a â€œperfect record.â€

Well there you have it, some of the things I have learned from the recording process that I thought yaâ€™ll might like to know.

Till next time keep looking up with a song in your heart. 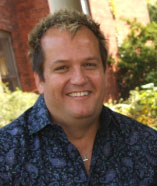 Jimmy McMillan has been traveling full time in gospel music for the last ten years. His career has included time with George Amon Webster and the Heartland Boys, the Wilburns and the Toney Brothers. Eight times on the National Quartet Convention, taping Gaither videos and five Jubilee at Sea cruises are just some highlights of his years of ministry. However the local church is his favorite place to minister. Up close and personal where you can see the Lord working in real time.

Jimmy is also a prolific songwriter and numerous gospel artists have recorded his songs. He is always looking for the next song idea in a sermon, a friendly conversation or even in special time of need. After all you have to face the storm to know just what the anchor holds.