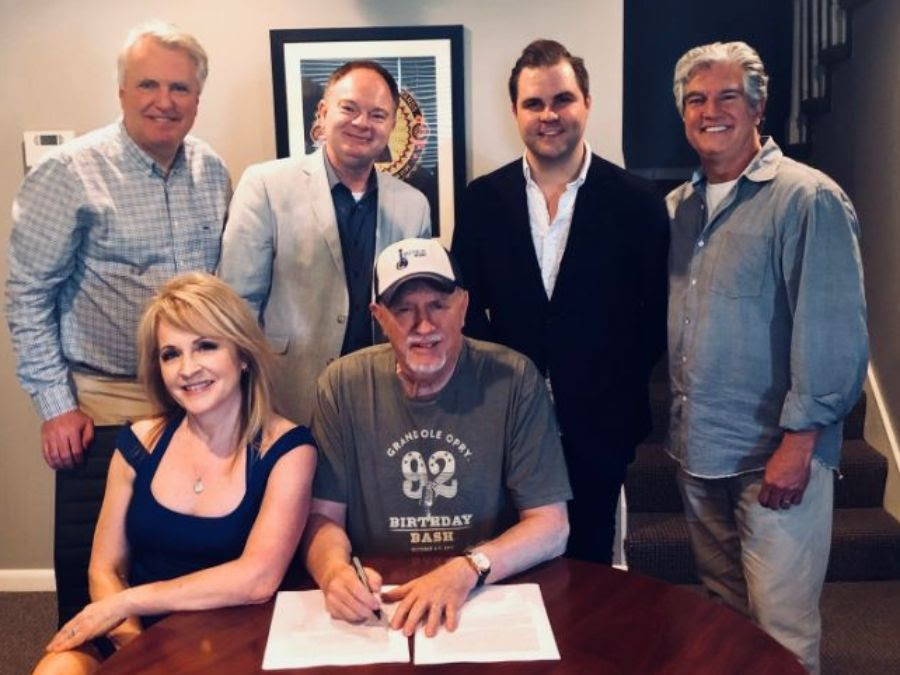 Nashville, TENN — Billy Blue Publishing is pleased to announce the signing of Bill Whyte to the recently-formed publishing company, which serves Bluegrass and Americana writers.

“Bill Whyte has been one of my favorite co-writers for a lot of years now. As a producer, I have recorded several of his songs on multiple artists I work with. I am so excited to work with him as part of our Billy Blue family and look forward to a wonderful working relationship.” ~Jerry Salley, Creative and A&R Director, Billy Blue Records

Whyte has won a CMA Award for Best Large Market Radio Personality, and was given the industryâ€™s highest honor when he was inducted into the Country Radio Broadcasters Hall of Fame in 2012.Â  He is currently on air at WSM Radio in Nashville the radio home of the Grand Ole Opry.Â Â  Heâ€™s led country morning radio shows at WUBE Cincinnati, WMIL Milwaukee,Â  WFMS Indianapolis and WSM-FM and WSM-AM in Nashville.

Bill is also a longtime parody songwriter for United Stations in New York.

Bill plays across the country with two songwriting trios.Â  â€œHits & Grinsâ€ with Steve Dean and Victoria Venier, and with â€œEvening In The Roundâ€ that includes Grammy winner Linda Davis and Lang Scott.

“I’m extremely excited to be part of the talented group of songwriters and creative folks at Billy Blue Publishing,” Whyte says.Â “My thanks to my great talented friend Jerry Salley for his help bringing me into this fold that truly does feel like family.Â  My career has been blessed with success in radio, comedy and songwriting and I am looking very forward to what lies ahead with Billy Blue.”