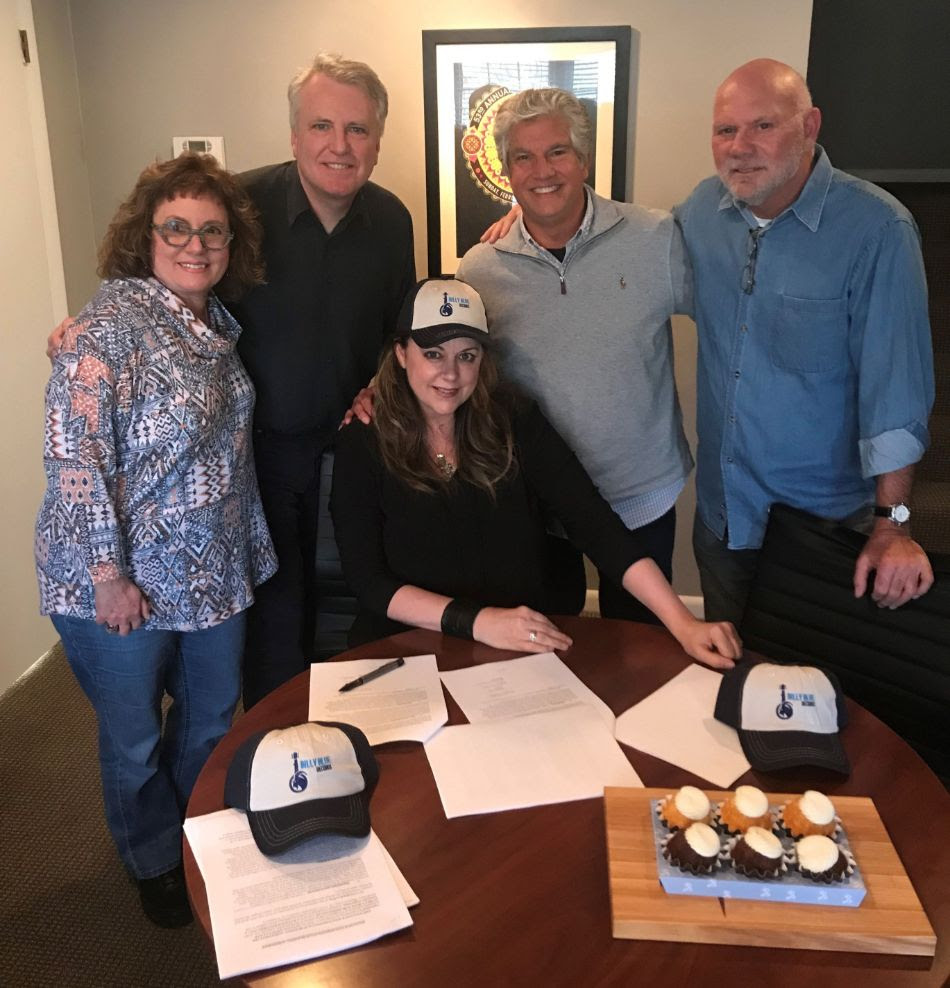 Nashville, TENN — Billy Blue Records has announced the signing of 2018 SPBGMA Songwriter of the Year, Donna Ulisse to the label as a recording artist. Donna has also signed an exclusive songwriting contract with the newly formed publishing company, Billy Blue Publishing.

“Donna is not only a great artist with a beautifully identifiable voice, she is also one of the most prolific and popular songwriters in the Bluegrass genre,” Salley says. “We are excited about our future working together and growing her brand.”

In the early 1990â€™s, Donna was signed to Atlantic Records as a country music artist, and she released a critically acclaimed album, Trouble at The Door. She has since become a prominent figure in the bluegrass, folk and acoustic music, both for her warm and rich singing voice and for her skills as a prolific songwriter.

As a writer, Donnaâ€™s songs have been recorded by artists including Claire Lynch, Darin and Brooke Aldridge, The Bankesters, Doyle Lawson, the Larry Stephenson Band and Volume Five. She had a song on the Del McCoury Bandâ€™s Grammy-winning album Streets of Baltimore (2014). She is a published author on the topic of songwriting and founded the Lil House Songwriting Workshops.

The new business relationship is a natural extension for old friends and collaborators, Ulisse and Salley.

“My first #1 record as an artist was with a song I co-wrote with Jerry Salley and he is one of my dearest friends,â€ Donna says. â€œWe stayed at the top of the Bluegrass Unlimited Chart for two months with â€˜It Could Have Been The Mandolin.â€™Â Jerry is one of the hardest working folks in the business and he brings excellence to everything he is involved with. When my husband, Rick Stanley and I decided to launch Lil House Songwriting Workshops I never had a second choice of who we wanted to partner with. Our choice was and is Jerry Salley! Jerry will laughingly tell you that I am like his sister. I follow it up with â€˜I am like the sister Jerry never wanted.â€™ We laugh our way through co-writes and teaching and more recently as the artist/record label relationship.”