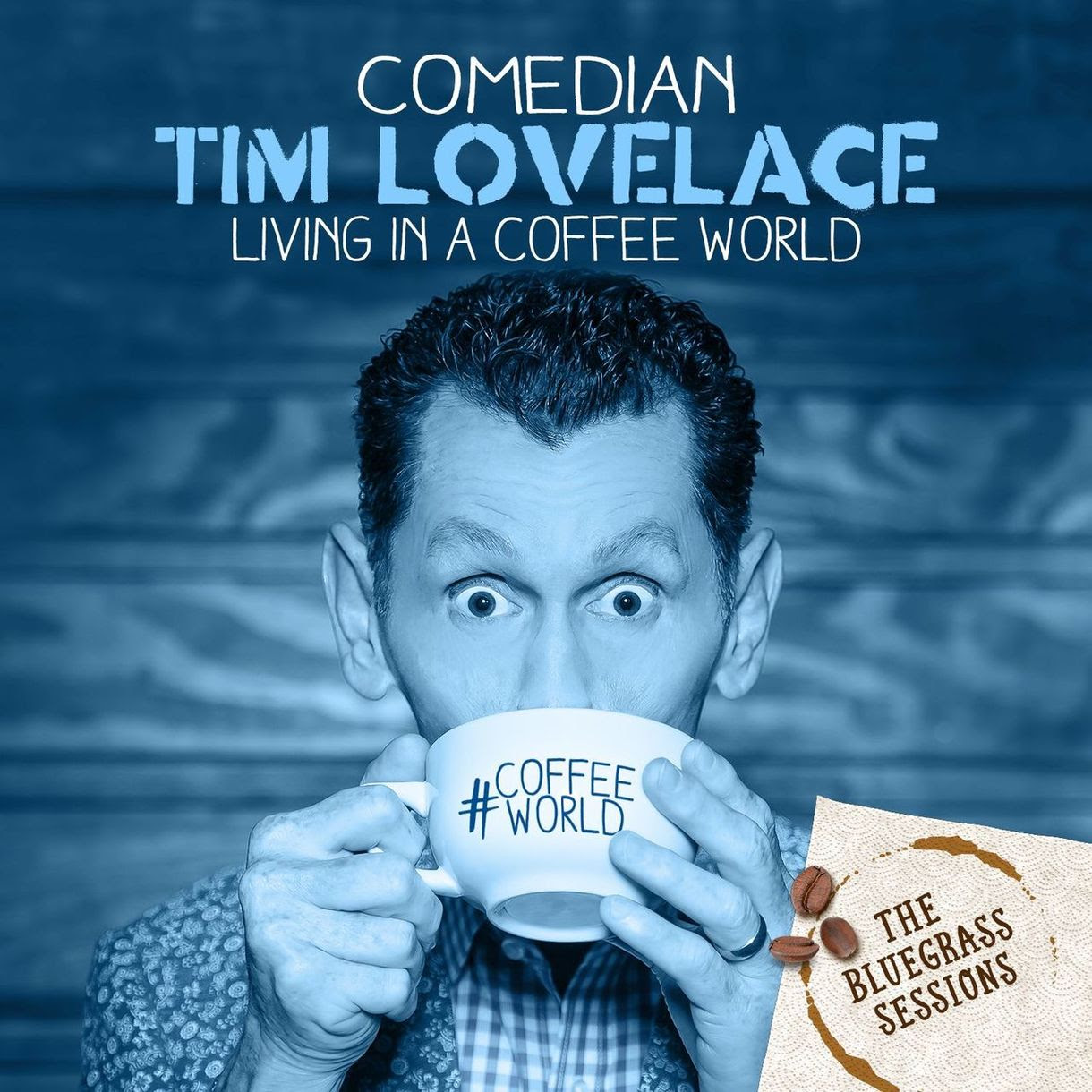 Nashville, TNÂ  -Â Comedian Tim Lovelace is brewing a new sound for Bluegrass fans looking for a laugh! Get out your favorite mug and prepare to fill up on The Bluegrass Sessions: Living In A Coffee World, available now on all digital music platforms. Â

Tim Lovelace, Billboard Top 10 comedian, set out to merge two of his favorite things, his crystal clean comedy and his love of Bluegrass music. The Bluegrass Sessions: Living In A Coffee World is a special digital release of four of Lovelaceâ€™s most popular original comedy songs done Bluegrass style! The title track and first single from the project features the Queen of Bluegrass, Rhonda Vincent, and seasoned artist Darrell Webb. Together Vincent and Webb join Lovelace to create the classic vocal sound recognizable to all Bluegrass fans while delivering an unmatched brand of comedy. Be sure to listen through to the end of this track for an unfiltered, unscripted Tim Lovelace belly laugh!Â
The Bluegrass Sessions: Living In A Coffee World, produced by Darrell Webb, Wayne Haun and Tim Lovelace was recorded at NoraBelle Studio (Sevierville, TN). It is a StowTown Records release and Timâ€™s first venture into the Bluegrass world, even though he has firm roots in the genre. Lovelace said, â€œI am overjoyed to have two of the greatest vocalists and instrumentalists in Bluegrass today on these songs. To have the talented Darrell Webb singing tenor above me and the Queen of Bluegrass, Rhonda Vincent, singing above Darrell, I thought I would have to stand on an apple crate just to sing under them! We had too much fun with these songs, and I hope everyone has a laugh with us!â€
Webb enthusiastically shares, â€œIâ€™ve been a fan of Timâ€™s for a long time, and when I found out he wanted to do a Bluegrass project I was all in. I knew how much fun it would be, and I was really looking forward to making some great music with Tim.â€ Â Â
StowTown Records executive, Nate Goble, shares, â€œWe are excited to be releasing Tim Lovelaceâ€™s Bluegrass Sessions EP. Tim is so talented; from his musicianship to songwriting abilities, his stage presence to his approachability off stage, youâ€™re just beginning to see what this guy can do. Timâ€™s brand of clean comedy is second to none!â€
â€œLiving In A Coffee Worldâ€ is followed by â€œMercurochrome,â€ featuring Webb (banjo, guitar, mandolin) and resonator guitar great, Matt Leadbetter. This upbeat, barnburner-style tune will bring tears to your eyes and possibly stir up some â€œpainfulâ€ memories.Â
â€œSome Assembly Requiredâ€ is a hilarious take on Christmas morning that will resonate with parents young and old. Stephen Burwell, a rising star among fiddle players on the Bluegrass circuit, provides all the swing youâ€™ll need to get your hands to clapping. Â
â€œWhat Happened To Tomatoesâ€ will strike a chord with farmers, gardeners and anyone who appreciates simple Southern food. Webb kicks it off with some sassy mandolin, and five-time national banjo champion, Gary â€œBiscuitâ€ Davis, chimes in with a healthy portion of his signature sound. As an added bonus, Lovelace casts the Queen of Bluegrass again here in a starring role as the no-nonsense cashier. Vincentâ€™s vocals were recorded at Adventure Studios in Hermitage, TN.Â