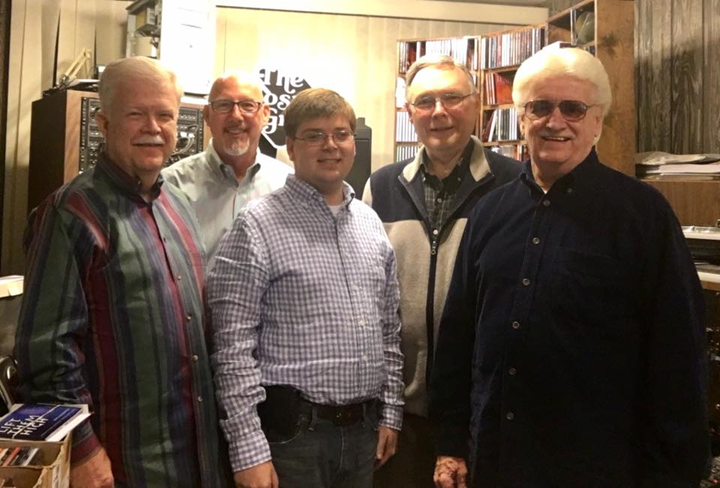 The Pine Ridge Boys are riding a wave of excitement that is affecting gospel music fans, young and old alike across the country. With the Classic Artists Records release of â€˜Iâ€™ve Got A New Songâ€ charting and continuing to rise in the radio charts of SGN Scoops and the Singing News, the Pine Ridge Boys are expanding their outreach.

During their spring â€œUp Northâ€ tour of New Jersey and Delaware, the Pine Ridge Boys dropped by the studios of the Gospel Greats. Award winning gospel music host, Paul Heil recorded an interview with the group and will be featuring songs from the new cd â€œA New Songâ€.

THE GOSPEL GREATSÂ radio program is well into its fourth decade on the air and remains the best-known andÂ most widely-respected syndicated Southern Gospel music radio program of its type. It airs on great radio stations across the United States, inÂ Canada, through broadcastersÂ worldwide, as well asÂ onÂ Sirius/XM satellite throughout North America, on international shortwave radio and on theÂ internetÂ everywhere each weekÂ (through affiliates and on-demand). Hosted by America’s best-known Southern Gospel radio personality,Â Paul Heil is an inductee into the prestigious Southern Gospel Music Hall of Fame.Â  The Gospel Greats is fast-paced program with in-person interviews with todayâ€™s top gospel artists and songwriters. 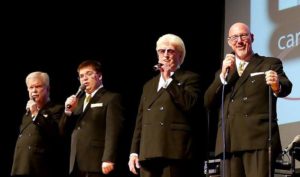 Pine Ridge Boys manager Larry Stewart shares, â€œWe are so blessed. As the New Year started Steven Craps joined the group singing lead. And what an impact he has made. People are loving him and he fits right in with the rest of us. Plus we have sung on some spectacular concerts and church sings this year and are looking forward to a great summer and fall. Then, being able to be with Paul and Sheila Heil and the Gospel Greats team is always a highlight of this â€œUp Northâ€ tour. They are great and do so much for gospel music. We really appreciate what they do and their friendship.â€

Classic Artists Records is slated to debut a new radio release for conventional gospel music radio, satellite, internet and pay on demand programming. The new single is â€œThere Is a Fountain.â€Â  Digital radio release will be the first week of May with the cd release being shipped the following week. Hey Yâ€™all Media will again be the radio promotion contact. Hey Yâ€™All Media CEO Vonda Easley shares the excitement of this Pine Ridge Boys new release coming off their current charted songs. Vonda says, â€œThe Pine Ridge Boys are awesome and what a concert they do. This new song is really going to bless gospel music fans. It is already in their live concerts. The Pine Ridge Boys are so exciting and this song is awesome!â€