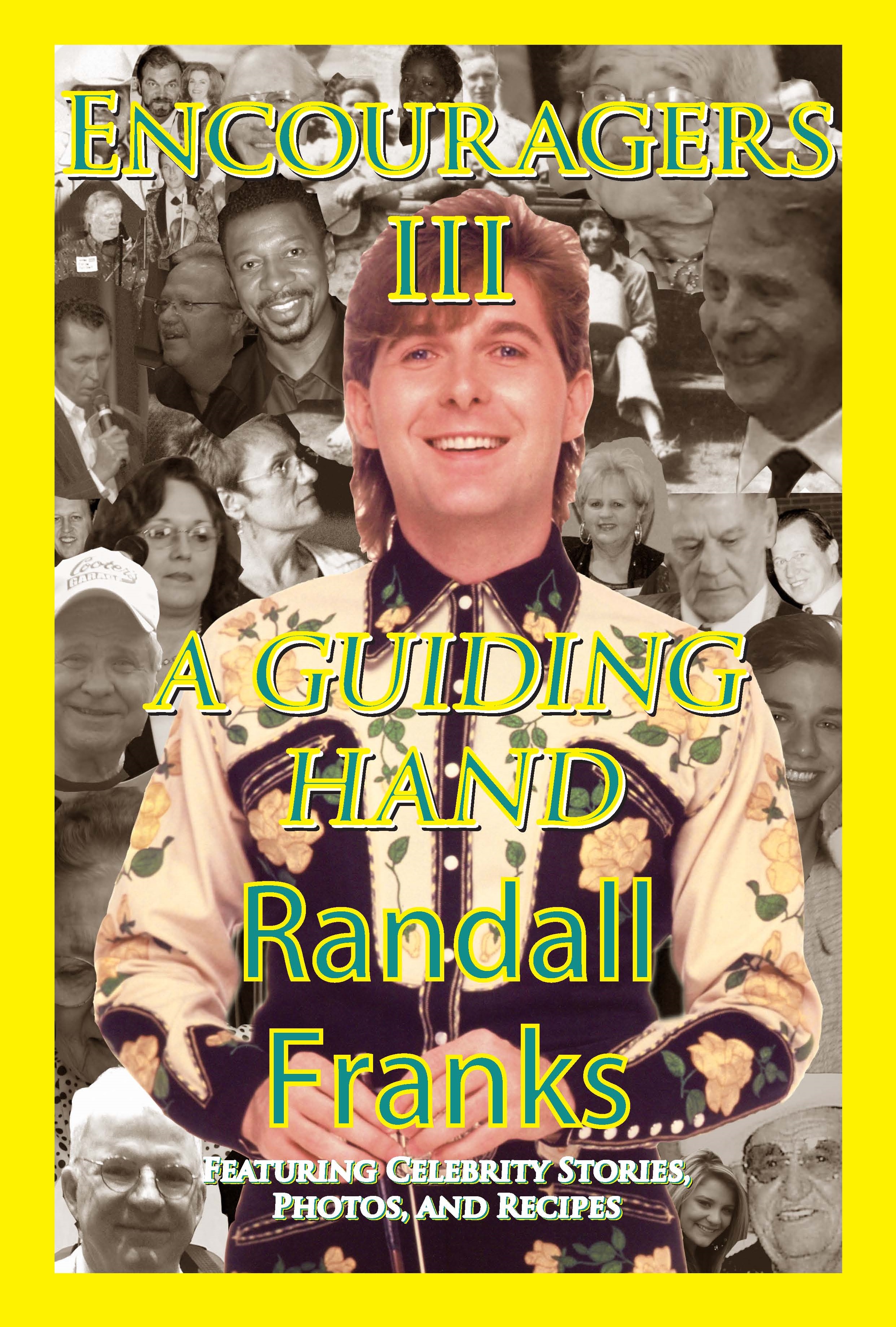 Actor/entertainer/author Randall Franks, of Ringgold, said he hopes the third book from his Encouragers series will inspire people to make a difference in the lives of others.

Franks, a former NBC and CBS star who is best known as â€œOfficer Randy Goodeâ€ from the TV series â€œIn the Heat ofthe Night,â€ starred in three TV series and 15 films including his latest “Broken” with Soren Fulton and Joe Stevens. Musically, he is recognized as an International Bluegrass Music Museum Legend and Independent Country Music Hall of Fame inductee.

â€œThrough this wonderful process of writing this book series and seeking to explore the gifts of encouragement shared with me by others, I have tapped over 150 stories of folks who God sent into my path and they were willing and able to realize their role in nudging me forward,â€ he said. â€œThis latest volume by far does not finish the list of those who impacted my life or those that God will send my way in future but it does allow me to acknowledge a few who have spent some time with me along the way.

â€œWhether for simply a moment in time, or for an extended period, we are here to make a positive difference in the lives of others,â€ he said. â€œI pray by reading these stories, looking at the photos, or even cooking one of the celebrity recipes, your day might be improved. Possibly this time shared will propel a life towards an uplifting goal through the blessings of your and Godâ€™s guiding hand.â€

Franks said guiding hands who share their knowledge, skill, hopes and dreams can bring forth destinies yet undreamed. His book features narratives about and interviews with those who contributed to the direction of his life and career.

He became a country music personality as a youth beginning appearances at major country, folk, bluegrass and gospel events such as Country Music Association Fan Fair, National Folk Festival, National Quartet Convention, National Black Arts Festival and for the Grand Ole Opry. With 24 career albums in four genres, his latest is “Keep ‘Em Smilin’” He has performed to over 145 million fans around the world. He is a syndicated newspaper columnist featured across the Southern and Midwestern U.S.

The 448-page book includes over 58 stories and 395 photos including special Moments in Time photos featuring over 125 stars from Dean Cain to Dolly Parton and Jeff Foxworthy to Third Day from Randallâ€™s personal collection and 72 celebrity, family and friend recipes.
The book is also available for order in the store at http://randallfranks.com/ for $25 including postage and handling, and through book outlets around the world.

It is also available from Amazon here https://www.amazon.com/Encouragers-III-Guiding-Hand-3/dp/0984910867.

Encouragers I: Finding the Light

Encouragers II: Walking with the Masters

Connect with Randall Franks on Social Media or the Web