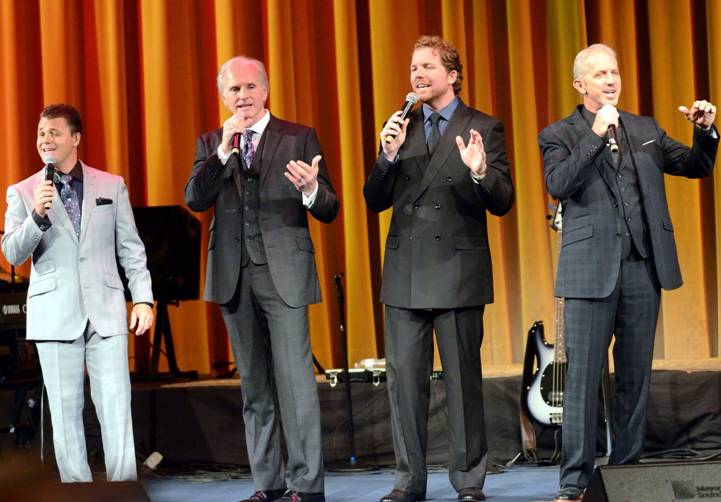 Nestled in the foothills of the Blue Ridge Mountains, the fall leaves are turning their vibrant October colors. There is a crispness in the air and Gospel music isÂ ringing through the hollers of Rutherfordton, NC.

Gospel music fans journey to the Rutherfordtonâ€™s RS Central High School. Drawing crowds from across the unifour state region of the Carolinas, Georgia and Tennessee, the concert series has had multiple sell-out crowds due to their economical sales plan. Single

concert tickets or season tickets are affordable for the Thursday night events.

That first year in 1995, only five concerts were held featuring gospel musicâ€™s whoâ€™s who. Fans enjoyed Hovie Lister and the Statesmen, The Nelons, Speers, Florida Boys and JD Sumner and the Stamps.Â  At each concert a regional group was featured with a local soloist opening the concert. For the last 19 years the concert series conducted a total of seven concerts annually. The brightest names in Gospel music provide a Thursday night crowd with the best is southern gospel music. The series runs from October to May with monthly concerts (except December).Â  The CGA has the support of the local churches in the region with many pastors and

music ministers being active in the concerts. Hardin shares, â€œWe are here to support the local community in every way.â€

The Carolina Gospel Association is one of the longest-running non-profit Gospel music organizations in the country. Single tickets are available at the door for $12 or the avid gospel music fan can get a season ticket for only $60.00. The association also sells a full program ad book for each concert.

Kicking off the concert series is a combination of talents that really have a rich music history together. Clayton Inman with son Scottie Inman, David Sutton, Scott Whitener and Charlie Griffin are part of the Singing Americans history, from the ’80â€™s and ’90â€™s. Their friendships, talents and musical passions will make this concert a â€œdonâ€™t miss event!â€

The Twenty Year Celebration concert series reads like a whoâ€™s who in Gospel music. All concerts are held at RS Central High School, 641 Hwy 221 North in Rutherfordton, NC.

Any profit, from the gospel concerts and book sales, literally goes back into the community. Donations over the years have included Hospice, Yokefellow, local church and mission groups. The association also partners with the Rutherfordton Housing Partnership at each concert as they host a Spaghetti Fund-raising Supper prior to the sing. The RHP invests in the local community with multiple housing projects each year, from home improvements to a new roof for elderly and others in the community.

As you can tell folks in these parts donâ€™t mind puttinâ€™ their support to something that will make a difference. Wayne Hardin says, â€œI guess with some good gospel music and supporting the community, people really want to see that the concerts are successful. And they have been!â€